Book review: The Science of Empathy

Book review: The Science of Empathy 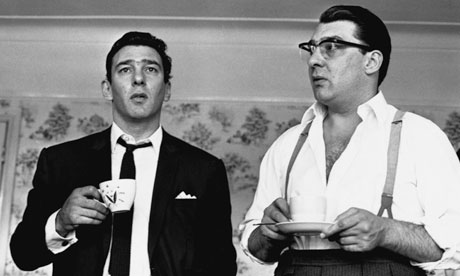 Does altruism rewarded by altruism – as seen in the TV series The Secret Millionaire ("Millionaire benefactors ... go undercover in deprived areas to find out who needs their help") – ever move you to tears? Would your favourite football team winning the premier league reduce you to a sobbing wreck? Perhaps there are few things that would ever reduce you to tears?

Zero Degrees of Empathy: A new theory of human cruelty by Simon Baron-Cohen

Where you sit on the empathy spectrum will have an effect over the sorts of things that make you cry. More significantly, how much or how little empathic understanding you possess will shape the course of your life.

Empathy is a powerful ability that most mammals possess to a greater or lesser extent. Strange then that science only started tuning in to empathy in the 1960s. Simon Baron-Cohen is one of a few scientists who have continually focused on the genetic and environmental factors involved.

Zero Degrees of Empathy: A New Theory of Human Cruelty is his third book and by far his most personal – his daughter, grandparents and cousin Sacha all get a mention. At only six chapters it is a fast read, but don't let this book's slim appearance fool you, for it is weighted with authority. Exposing the lack of empathy that facilitates the objectification of others, dehumanisation and cruelty is the nub of Baron-Cohen's research and the reason he has written this book.

Narcissists, borderline and psychopathic personalities are introduced as people lacking "affective empathy" – the ability to feel others' feelings. Baron-Cohen's new paradigm classifies these personality types as "zero-negative": a zero amount of affective empathy being a negative condition, because the ability to self-regulate the way they treat others is significantly compromised.

By contrast, Baron-Cohen defines people with Asperger's syndrome or classic autism, which is his own field, as "zero-positive". Like the zero-negatives these people lack affective empathy, but in addition they score zero on "cognitive empathy" – thinking others' thoughts.

Because some zero-positive individuals have, through their unusual ability to systemise, pushed human culture forwards with their discoveries (Einstein was late to talk – a sign of classic autism – yet he was an extreme systemiser who discovered E = mc2), Baron-Cohen categorises them "zero empathy positive".

Baron-Cohen divides the empathising mechanism into six degrees. Someone at level 6 is the opposite type to the zero-positive/negative, being highly intuitive, wired to feel the feelings of others, read the minds of others and anticipate plot development in the social realm. Because this type of person is more likely to be female than male, Baron-Cohen defines them as having an extreme female brain.

A second book about altruism is due to be published later this year: Pathological Altruism, edited by Barbara Oakley et al. It's a collection of essays focusing on the downside of empathy-fuelled altruism, and Baron-Cohen has contributed a chapter on the extreme female brain. This personality type is a candidate for maladaptive altruism because the more empathic one is the more the needs of others are prioritised over the needs of self.

I was surprised that Satoshi Kanazawa's contribution to this collection – "Battered women, happy genes: There is no such thing as altruism, pathological or otherwise" – made it to the final edit. An extreme altruist rarely complains, because they do not want to burden others, and as they are not egocentric they do not advertise their altruistic actions. As a result these personality types are usually off the psychology radar. To claim there is "no such thing" is just plain arrogant.

Kanazawa's point is derived from a single perspective, namely that there is some evidence that a battered woman is more likely to bear sons, which gives her genes an evolutionary advantage. This is why women stay in damaging relationships, he claims. But this simple analysis appears to be born out of zero-positive systemising, as Baron-Cohen might put it, because it lacks both depth and breadth of empathic insight. The drives of battered women are far more nuanced and complex than this.

Kanazawa omits to mention disorders such as Stockholm syndrome. Nor does he include variations between people in the genes regulating dopamine, serotonin and oxytocin receptors, which have a direct bearing on psychodynamic relationships.

He also omits any analysis of altruistic males who remain in relationships with hostile zero-negative/positive females. And what about women who bear sons to empathic males? His is the sort of glib and clichéd analysis that gives evolutionary psychology a bad name.

In contrast, Michael McGrath's chapter on co-dependency and pathological altruism is excellent and the chapter on the negative long-term consequences of costly, compulsive care-giving children growing up in disturbed families, by Carolyn Zahn-Waxler and Carol van Hulle, is also highly informative.

Pathological Altruism is a compendium of existing literature on empathy and useful in that regard. But it is not comparable to Zero Degrees of Empathy, which is a book pushing for change with a new, radical paradigm.

Baron-Cohen wants the significance of empathic impairment acknowledged by psychology and psychiatry. The fifth edition of the Diagnostic and Statistical Manual of Mental Disorders (DSM) will be published in 2013, but at present there are no plans to recognise empathic impairment as a serious condition underpinning maladaptive behaviours.

Without the inclusion of Baron-Cohen's six degrees of empathy rubric in DSM-V, inaccurate diagnoses will continue to be made and the misunderstood will be criminalised.

"Narcissists, borderline and psychopathic personalities are introduced as people lacking "affective empathy" – the ability to feel others' feelings. Baron-Cohen's new paradigm classifies these personality types as "zero-negative": a zero amount of affective empathy being a negative condition, because the ability to self-regulate the way they treat others is significantly compromised..."

I can't think of a better description of the lackwit who torpedoed the old ATU site.

I don't think people with borderline personality disorder lack of affective empathy.
I don't know anybody with that disorder but I've read about them and that's not the impression I got.

guacamayo wrote:I don't think people with borderline personality disorder lack of affective empathy.
I don't know anybody with that disorder but I've read about them and that's not the impression I got.

Well, I'm not a psychologist so I'm not qualified to make any kind of generalisation on the subject.

My comment above was specifically directed at whoever was responsible- and I have no idea who that was- for destroying the old ATU site. He/she must have known it would upset a lot of people. He/she was right. He/she enjoyed it. He/she is an unspeakable wretch.

Reading the Mind in the Eyes Test.
I just took it here
I answered 32 right out of 36.

BORDERLINE "EMPATHY" REVISITED
BPD and "Mind in the Eyes"
by Eric A. Fertuck

"The eyes of others our prisons; their thoughts our cages."
Virginia Woolf

Those intimately familiar with BPD have noted a paradox. On the one hand, people with BPD exhibit varying degrees of apparent distortion in the way they interpret the verbal and nonverbal communications of others. This often takes the form of ascribing hurtful intentions to others based on limited, selective, or ambiguous cues. On the other hand, many have also observed an astute capacity in individuals with BPD to accurately read emotional expressions in others. People can be caught off guard if a person with BPD perceives their current emotional state, which they may not have been fully aware of themselves. Some BPD experts have labeled this acuity "borderline empathy."

Psychologist-Psychoanalyst Dr. Alan Krohn, in his classic 1974 paper, "Borderline ‘empathy' and differentiation of object representations: A contribution to the psychology of object relations," described this phenomena in a young woman with BPD we will call Ms. L.

"[Ms. L] was hospitalized following periods of [disturbed] behavior at home, painting a neighbor's car, filling the refrigerator with cold cereal, indiscriminately using barbiturates, hallucinogens, and marijuana. She seemed unable to endure any separations from mother without intense anxiety or depression....
Related Links

"Miss L. had a remarkable sensitivity to turmoil in other patients and staff [of the hospital]. [She] described strange ‘vibrations' from a staff member who it later turned out, was in a great deal of turmoil over traumatic war experiences."

"She said of him, ‘there is something wrong with him; yesterday ... I looked at him and he looked like he was seeing someone being killed.' It turned out that he was in fact preoccupied with thoughts of brutalities he witnessed in battle."

How do we study this paradoxical phenomena scientifically, and might such research shed light on these phenomena?

My colleagues and I may have recently published one piece of the puzzle. We present findings in the journal Psychological Medicine which suggests that individuals with BPD may have an enhancement in a particular form of emotion recognition called "mental state discrimination" when it is based on the eye region of the human face.

The Mind in the Eye assesses the capacity to discriminate the mental states of others using only stimuli from the eye region of the face by choosing the most accurate mental state from one of four mental state words. It is comprised of a Total Score and also scores for Negative, Positive, and Neutral emotional expressions.

Interestingly, in contrast to BPD, mind in the eyes performance is impaired in other psychopathological conditions such as schizophrenia and autistic disorders, suggesting differing underlying causes in these conditions compared to BPD.

This study suggests that, when not under elevated emotion stress, individuals with BPD have an enhanced ability discriminate mental states based on only the eye region of the face, particularly for "neutral" states. This experimental evidence is consistent with the "paradoxical" theory of the appraisal of social communication in BPD. That is, it seems that BPD is characterized by both unstable interpersonal relationships and enhanced sensitivity to the mental states of others.

For illustration, an individual with BPD may identify a subtle facial expression in the others indicating anger (e.g., furrowed brow in the eye region). The other person may indeed feel irritated, but not be fully focused or aware of this emotion in themselves at the time the emotion is noticed by the individual with BPD. Interestingly, while frequently accurate in appraising the emotion, individuals with BPD often seem to "personalize" the emotions of others ("you must be angry with me"), even when there are other equally plausible explanations for the other's emotional state (e.g., the person just received troubling news from a friend).

Given the interpersonal and emotional sensitivity associated with BPD (such as concerns about abandonment, intense emotional reactions to rejection and abandonment cues), a hyper-attunement to subtle social cues may underlie aspects of BPD. The emotional suffering underlying this attunement is alluded to by Virginia Woolf in the quote at the beginning of this post. This investigation and related research holds considerable promise in improving understanding of BPD. Eventually, these findings will help in developing treatments that can be attuned to the unique way in which individuals with this disorder perceive people in their daily lives.

eddie wrote:Well, I'm not a psychologist so I'm not qualified to make any kind of generalisation on the subject.

My comment above was specifically directed at whoever was responsible- and I have no idea who that was- for destroying the old ATU site. He/she must have known it would upset a lot of people. He/she was right. He/she enjoyed it. He/she is an unspeakable wretch.

I was just commenting on the quote