Book Review: The Ascent of Man by Jacob Bronowski

Book Review: The Ascent of Man by Jacob Bronowski

The Ascent of Man by Jacob Bronowski - review

Tim Radford finds Bronowski's history of humanity, The Ascent of Man – reissued with a foreword by Richard Dawkins – as compelling as ever 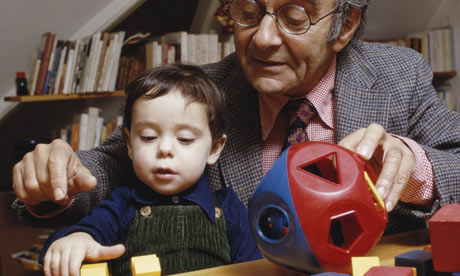 In The Ascent of Man, Bronowski writes: 'We are nature's unique experiment to make the rational intelligence prove itself sounder than the reflex. Knowledge is our destiny.' Photograph: Tony Evans/Getty Images
Fame has a momentum all of its own, but that does not explain the enduring recognition accorded to Jacob Bronowski. In 1972 he was a little-known mathematician who knew a lot about the poet William Blake. In 1973, thanks to a 13-part television series on BBC2, he had become one of the world's most celebrated intellectuals, and by the late summer of 1974 he was dead.

The Ascent Of Man by Jacob Bronowski

The book spun from the television series went on to sell millions. Now, 38 years later, the BBC has reissued it, with a foreword by Richard Dawkins but otherwise unchanged. In the intervening years, a hundred popularisers, practitioners and science historians have tried to tell much the same story, each time with more up-to-date information and a more acute sense of contemporary awareness. So The Ascent of Man should have a decidedly dated feel.

But it doesn't – not, at least, to this reader. It proceeds briskly through what is by now the standard science-oriented western European version of human history – the Palaeolithic, the dawn of civilisation, the Greeks and the Romans, the Islamic empire, Galileo, Newton, the Industrial Revolution, Mendeleev, Pasteur, Darwin, Einstein and the nuclear age – and it still seems as good as any other history of discovery, and a great deal sharper and more readable than some.

Some of the fluency stems from Bronowski's greedy enthusiasm for intellectual adventure, including poetry (I still have his 1972 book William Blake and the Age of Revolution, and felicitously, a new scholarly monograph from Imprint Academic, The Happy Passion by Antony James, tells us a lot more about Bronowski's output).

Some of the fluency stems from Bronowski's decision to put as much of the script for the TV series into the book as possible. "A spoken argument is informal and heuristic; it singles out the heart of the matter and shows in what way it is crucial and new," he writes in his own foreword.

But the enduring freshness stems from something else. Bronowski had a gift for identifying the themes and advances that would seem just as vital 40 years on. He also had a gift for sentences minted with precision, and Dawkins picks out two of them in his foreword: "The hand is the cutting edge of the mind ... The most powerful drive in the ascent of man is pleasure in his own skill."

That is more than just an example of the Bronowski way with words. It is an illustration of his ability to stand just slightly off-centre, to see the unexpected in the familiar, and select imagery that has life, action, movement. He identifies the keen edge of a stone blade, the baked bricks of Sumer, the marble of Greece and the stone arches of Rome, as evidence of human exploration of the visible structure of matter.

This same attitude helps him demonstrate that the hit-and-miss handiwork of the Bronze Age, the intricate craftsmanship of Samurai swordsmiths, and the not-quite-futile endeavours of the medieval alchemists, were all tentative explorations of the invisible nature of matter. Geometry, and Greek and Islamic experiments in mathematics, began to expose the importance of shape, distance, perspective and to reveal a vision of the universe "not as a series of static frames but as a moving process".

Ultimately, his journey leads him "through the gateway of the atom ... in a world which our senses cannot experience. There is a new architecture here, a way that things are put together which we cannot know: we only try to picture it by analogy, a new act of imagination."

And the Bronowski imagination dances on, leading us to new insights: he talks about the fabrication of the 92 elements through stellar fusion from the universal raw material of hydrogen and pauses, just for a moment, to contemplate carbon "formed in a star whenever three helium nuclei collide at one spot within less than a million millionth of a second. Every carbon atom in every living creature has been formed by such a wildly improbable collision."

These are sentences formed by a mind that can compose imagery, and then select exactly the right words to represent the image. The additional puzzle is that he can express them so flawlessly in a language that, until he was 12, he had never heard.

The book, of course, is in one obvious sense out of date: it stops at Crick and Watson, and von Neumann, and the notion of Homo sapiens as an egghead, a highbrow, the product of a brain determined by its shape and capacity. In 1973, the last Apollo astronauts had just left the moon, molecular biology had barely begun, computing was something cumbrous involving small memories and whirring tapes, and neuroscience was still stuck in its own Dark Age.

In the course of the last chapter, he reminds us that from the printed book comes "the democracy of the intellect" and that humans are primarily ethical creatures. These are the words of a man who studied the devastation of Nagasaki.

All our science, all our endeavour, is for something. "We are nature's unique experiment to make the rational intelligence prove itself sounder than the reflex. Knowledge is our destiny." This is not just a book about science. It is a book about why science matters, and what it really tells us. That is not a message likely to go out of date in a few decades.

Tim Radford's geographical memoir The Address Book: Our Place in the Scheme of Things is published by Fourth Estate on 28 April