What does this phrase imply? That in education there is a point beyond which additional knowledge becomes harmful rather than useful?

Or does it mean that some people have more education than they are able to make use off, due to their lack of basic life skills?

Or does it mean that some people know things that make them less likeable--possibly even pompous and pedantic--in social situations?

...re the first implication: rather than the extra knowledge being harmful, I'd see it as being wasted (information overload, a saturation point at which you can no longer effectively process information).

...re the second: when I've heard the term 'over-educated' it's sounded derogatory, like 'but under-skilled' is implied

...re the third: bombast and pedantry occur when one thinks one is dealing with the 'less-educated'. In that sense the bombasts and pedants are 'over-educated' ('snobs' is implied).

The other day on the radio they were talking about expressions people say but they don't like.
One woman asked why lately some people after "gracias" (thanks) say "un placer" (my pleasure). And someone said that it comes from the English language (do you use it oftenly?). The woman found it very twee and exagerated. I remember one boy from I think Nigeria said "thank you" to me after I accepted a drink from him and I assumed in Nigeria people did it that way (but maybe not). So maybe that's where "my pleasure" comes from... like it should be the giver who say "thanks".

When Maria Braun threw the flowers to the bin in front of the one who gave them to her, in the movie The Marriage of Maria Braun, my mother said "what a woman...". Maybe it's women like that that make men say "thank you" when their favor is accepted.

I love made up compound words that emerge spontaneously in the life of the Spaniards.

Perroflauta: perro (dog) + flauta (flute) = (not easy to define) person dressed like a hippie, a punk or whatever who spends his time in the streets or parks doing nothing. They usually have dogs and the legend tells they originally played flute.

Payoponi: payo (term used by the gypsies to refer to the not gypsy whites) + poni (pony)= latin american person.

Edit: I don't mean to offend anybody. I just find those words are funny. 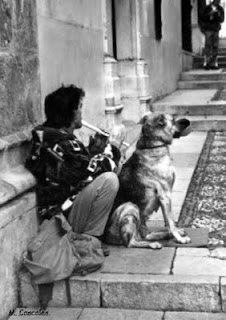 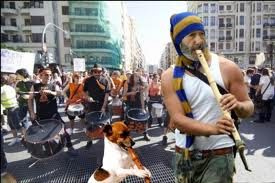 Lexicographers cram 'squeezed middle' into word of the year slot 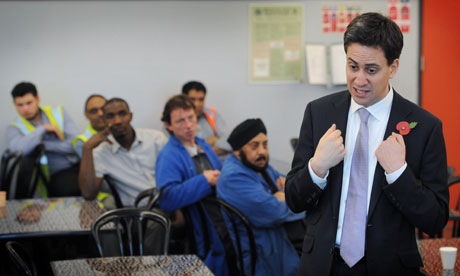 After a year defined by economic turmoil, austerity and cutbacks, the compilers of the Oxford English Dictionary have chosen the phrase "squeezed middle" as word of the year.

OED lexicographers on both sides of the Atlantic picked the phrase – popularised by Ed Miliband – as their first global word of the year.

The phrase beat a group of other largely politically resonant terms such as Arab Spring, occupy, phone hacking, and hacktivism – the action or practice of gaining unauthorised access to computer files or networks in order to further social or political ends.

Oxford dictionary judge and Countdown dictionary corner stalwart Susie Dent described the selection as a "sober list for sober times" adding that there had been very little creative wordplay compared to other years. She blamed the hard financial times.

The phrase "squeezed middle" was thoroughly derided when it was first aired by Ed Miliband during a headline interview on Radio 4's Today programme earlier this year. In an interview with John Humphrys, Miliband struggled to define who it specifically represented, but Dent said that had become the phrase's strength.

"I know Ed Miliband has had lots of stick for it, saying it can encompass 90% of the population, but in a way I think its power lies in that, because we're all opting into it, rather than a label that we're having directed against us," she said.

Surprisingly, the accolade does not guarantee the phrase inclusion into the dictionary.

Last year's choice was the David Cameron-associated "big society", but Dent denied that considerations of political neutrality played a part in the choice. She said that the phrase also had a strong link with fellow shortlist nominee occupy and the 99% slogan associated with the political movement.

"Occupy is an interesting one. One of the slightly perplexing things about this year is … because everything is so uncertain around us, people are looking for older words looking for a bit of reassurance, and giving them new meaning," she said.

Dent said that aside from bunga bunga – used both as an adjective and compound noun, often in relation to Silvio Berlusconi's alleged taste in evening entertainment – one of her favourite creative words was "facepalm", indicating the movement of someone's palm to their forehead. "One of the reasons I think it is so successful – and this is always a key indicator of linguistic survival or success – is that the phrase can move about in different ways and you can can put it into different parts of speech. So it is being used as a verb or a noun. You can say, 'She gave herself a facepalm … or you can just say, 'Facepalm! Lol.'

A spokesperson from Miliband's office said that he was pleased the phrase that had been "much derided" at its launch had become so widely spread and that it showed that Miliband was good at identifying the issues of ordinary people before they entered the political lexicon.

"I think to most ordinary people something like the squeezed middle is not massive news to them – it's what they're feeling everyday," a spokesperson said.

Miliband's office, however, said they believed Gordon Brown had first used the phrase and then the MP John Healey, well before Miliband speechwriters got to it.

Dent herself said that she believed a version of the phrase might first have been used by Bill Clinton in the 1990s.

Whence the beatnik nomenclature "daddy-o" for men and "mama" for women?

Bob Dylan's "Mama You Been On My Mind" confused me for years for it seemed to be about an incestuous maternal relationship rather than a departed lover. And "Tell Me Momma"'s reference to "graveyard hips" muddies these murky waters even more.

For that matter, whence "cat" and "chick"?

I think I've been pronouncing them both unconsciously during all my life...

I thought we didn't have the /ð/ sound... but I just saw, as an example, the spanish word "dedo" (finger) is pronounced like this: /ˈdeðo/

pinhedz wrote:(roof of the mouth for d, against the front teeth for ð)

Yes, I see you're right... I have never payed attention to my tongue when pronouncing "dedo" before...

(the difference when writting them is just the dot above... but they're considered two different letters)

This is the sound of the "trilled r" (alveolar trill): http://upload.wikimedia.org/wikipedia/commons/c/ce/Alveolar_trill.ogg

I like it because the French can't pronounce it at all

How can a homage be sarcastic?
Sarcasm - harsh or bitter derision or irony
Homage - respect or reverence paid or rendered

...did she have any useful suggestions regarding the 'changes' to be made

^^ now that's interesting. Pinz assumed the psychiatrist was a man, and I'd assumed it was a woman.

Now I'll leave you with the intrigue...

hahahahha
I didn't do it on purpose. I did want to leave you with the intrigue... I didn't realize that I was revealing it's a he next line

On a different level:

ah...I was way out. Damn that google translate!

"There's where I labored so hard for old Massa,
Day after day in the field of yellow corn;"

I spent quite some time looking at old negro spirituals, slave songs etc. on the net after reading your post. (I have a day off). It was an interesting (emotional) excursion. I read that 'Wade in the Water' and 'Follow the Drinking Gourd' were songs of escape...escape down a river so the dog's can't follow your scent, and look to the Big Dipper to lead you north to freedom.

...but it ain't necessarily so (according to other sources).

Similar topics
» The English language
» Cookery corner
» Body Language
» Catherine's poetry corner
»  Or, could this be the breakout we need? "Emu's Poetry Corner"