Figuring out your place in the universe

Figuring out your place in the universe 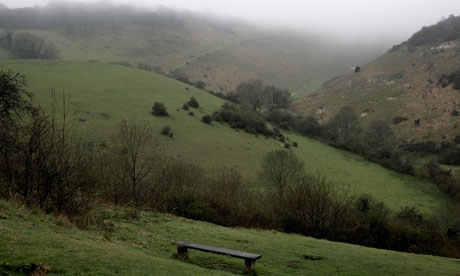 Devil's Dyke in the South Downs, 'the limestone remains of an ancient sea'. Photograph: Martin Godwin

At the start of each school term, Tim Radford – as so many other pupils have done over the decades – would scribble his name in his exercise book, add his address, and then for good measure put in his hometown, his country, his planet, the solar system, galaxy and finally the universe. It was "an obsessive little ritual", says Radford, but it was an important one. "It might have been my first independent search for answers to questions posed consciously and unconsciously by everyone in every culture. Where did I come from and where am I going?"

The Address Book: Our Place in the Scheme of Things by Tim Radford

Radford, one of the Guardian's most experienced writers, has now returned to the concept of the extended address to establish where he stands in the universe today and, through his story, help us understand our own positions in the cosmos. As he notes: "Place is a powerful part of identity."

Hence we are taken on an autobiographical trail of Radford's life: the houses he lived in, the towns and cities he settled in, and the countries that were his homelands – New Zealand and Britain. We are given a geological history of Hastings, where Radford eventually settled, and provided with an outline of the creation of the British Isles – "a 500-million-year accident of geophysics, the story of how Scotland crossed an ancient, vanished ocean and attached itself to what would become England".

Each chapter peels back a different layer of the complexities of Homo sapiens, creatures with close-knit private histories, but who also live in a frighteningly large universe, on a world created out of the rubble of the explosive big bang birth of the cosmos 13.7 billion years ago. The trick for Radford is to explain not just the immediate and personal but outline the cosmic and the significant in this grand picture. And to a considerable degree, he is successful. Radford is an adroit writer and, as a former literary editor as well as ex-science editor, he comes very well-prepared for the task.

We are taken from the closed world of his study – which he used to share with a death watch beetle that survived every attempt at its eradication and which Radford appears to have got rather fond of in the end – out into Sussex. Its rolling hills, the Downs, are the limestone remains of an ancient sea, which were described by a host of authors, quoted reverentially by the author. Rudyard Kipling called them the "blunt, bow-headed, whale-backed Downs" while GK Chesterton – who would sketch there, using lumps of limestone from the ground as his basic medium – described this piece of prime southern real estate as "not only a grand peninsula, and a tradition and a civilisation but something even more admirable: it is a piece of chalk".

Then we head off across the planet for a discourse on plate tectonics, and its role in the creation of Britain, before contemplating ancient Earth's bombardments by comets and finally, the birth and ultimate fate of the universe. It's a roller-coaster journey across the planet and the heavens, and Radford, I am pleased to say, turns out to be an ideal tour guide.

Re: Figuring out your place in the universe

Is this the thread to initiate an open-casting call for someone to accompany, yours truly, on a quest to becoming as dope as a vassal state? The suspense will be the end of me.

Similar topics
» Last posts on across the universe
» The Quantum Universe
» Life, the universe and everything
» Movies from an alternate universe