The Quantum Universe by Brian Cox and Jeff Forshaw - review

A popular account of the oddity and beauty of quantum theory 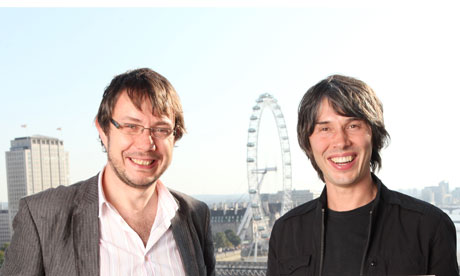 Quantum theory is strange, delightful and mind-bogglingly accurate. Physicists use quantum theory to describe the basic building blocks of matter, from atoms and molecules to incomprehensibly tiny parts within atoms, such as electrons and quarks. Quantum theory undergirds our understanding of everything from why you can sit on a chair without falling through it to why electrons can be forced to do stupendous tricks on a computer's circuit board billions of times per second to why certain types of stars end their fiery lives as meek, burned-out cores.

The Quantum Universe: Everything that Can Happen Does Happen
by Brian Cox & Jeff Forshaw

These colossal achievements in understanding have come with some surprising strings attached. For nearly a century, physicists have wrestled with the counterintuitive features of quantum theory – the strange and delightful bits – including enigmas such as whether an object can be in two different places at once and whether a tiny particle must travel from here to there by somehow following every possible path through space to reach its destination. Yet for all this, quantum theory has paid enormous dividends. Physicists have used its equations to predict certain properties of subatomic particles, for example, and their pencil-and-paper figuring has agreed with the most hypersensitive experiments to better than 12 decimal places. That's like measuring the distance between your dinner table and the Moon to within a few millimetres.

Given both the conceptual leaps and the undeniable power of quantum theory, the subject has attracted hundreds (perhaps thousands) of popular accounts. One great example was published in 1985 by the renowned physicist Richard Feynman. Feynman helped to invent many of the modern techniques with which physicists manipulate quantum theory, and he was a beloved teacher to generations of scientists. His remarkable 1985 book, QED: The Strange Theory of Light and Matter, introduced a clever pedagogical device. He used clock faces to stand in for the "complex numbers" on which all calculations in quantum theory are built: that is, numbers that have both magnitude and phase. A clock can have an hour hand that is 5cm or 15cm long (hence varying in magnitude); and the hand can point at any angle around the clock face, from high noon to the witching hour (hence varying in phase). With his spinning clock hands, Feynman described how quantum theory accounts for many properties of the world, all without using a single Greek symbol.

In their new book, the physicists Brian Cox and Jeff Forshaw adopt Feynman's clock-face device, but press even further. In Feynman's hands, the clocks were never more than an analogy. Feynman's brilliant presentation was still largely "tell" rather than "show": his creativity lay in finding new ways to introduce hard ideas, but not really to justify them from first principles for non-physicist readers.

Cox and Forshaw, on the other hand, put their tiny clocks to work – actually using them to calculate real results and deriving such fundamental notions as Heisenberg's uncertainty principle, wave-particle duality and even Pauli's exclusion principle. This is not just "tell", but "show" too. With clear prose and helpful diagrams, they march the reader along a series of arguments so that nonspecialists can get a sense of where the core concepts come from.

They apply the clever clock-face scheme to many topics that one often sees treated in popular books, such as the fundamental nuclear forces that keep matter tightly bound together and occasionally make it fall apart (in radioactive decay); and they broach the deep question of why objects have any mass at all, for which physicists usually invoke the still-elusive Higgs particle and the ongoing quest to find it in hulking machines such as the Large Hadron Collider at Cern. But admirably, Cox and Forshaw also treat topics that do not usually show up in popular books, such as the behaviour of semiconductors and the operation of transistors – the ideas that have powered the electronics and communications revolutions of the past half century.

That same spirit infuses their epilogue on the life and death of stars. Their closing discussion concerns the so-called "Chandrasekhar limit", a maximum mass below which a star may putter along peacefully in perpetuity in a certain kind of end-state, but above which dramatic cataclysms await, such as a supernova explosion and the formation of a black hole. The authors' discussion of this fundamental result is a walking tour of how physicists think about such topics. As they write: "We could present a very broad overview of how the Chandrasekhar mass comes about, but instead we'd like to do a little bit more: we'd like to describe the actual calculation because that is what really makes the spine tingle." They do, and it does.

The narration is much more loose and chatty even than Feynman's famously approachable prose, though the distinction makes good sense. Feynman delivered his popularisations in an era that had never seen an internet browser, let alone YouTube videos, blogs or tweets. The conversational tone of Cox and Forshaw fits as easily in our time as Feynman's did in his.

Quantum Universe provides another sign of the times. The first digital electronic wristwatches began to appear in the early 1970s. One wonders whether the next generation of readers – those who might come to the subject a quarter of a century from now, just as Cox and Forshaw have reached back a quarter of a century to Feynman's book – will even know how to represent time with analogue hands spinning around a circle. Precisely because of the great successes of quantum theory, and the digital electronics boom it has driven, the powerful clock-face technique that Cox and Forshaw put to such good use could itself become a thing of the past. That would be a most ironic victory for quantum theory. Until then, readers will enjoy this engaging, ambitious and creative tour of our quantum universe.

• David Kaiser's How the Hippies Saved Physics is published by WW Norton.