It was announced by Obama today. It is an historic moment . I doubt many people will shed tears over it. However there are people saying that Sara Palin has denounced it as a hoax but I think that could well be a joke.

Doc Watson wrote:However Sara Palin has denounced it as a hoax.

You can't be serious...you just read the comment at ER that was clearly a JOKE, and wrote it here without the punchline as if it were actually true...

Bin Laden killed in US operation 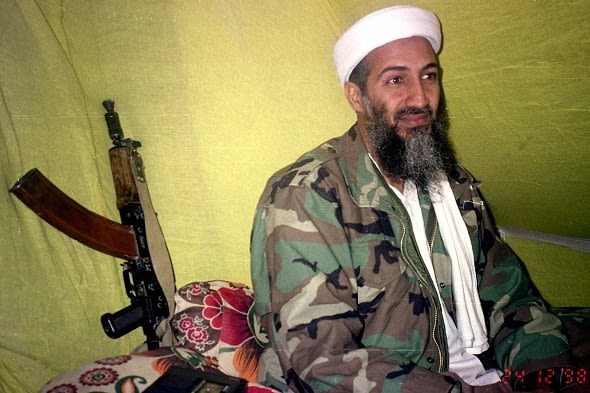 Osama bin Laden has been killed in a US operation (AP)

Osama bin Laden, the world's most wanted man, is dead, US president Barack Obama has announced.

The man who was the inspiration for countless acts of terror from the September 11 outrage to the July 7 London bombings was killed in a US operation in Pakistan.

He was holed up not in the mountains of Afghanistan but in a two-storey house a stone's throw from a Pakistani army base in Abbottabad, about 50 miles from the capital Islamabad.

President Obama said: "A small team of Americans carried out the operation with extraordinary courage and capability.

"No Americans were harmed. They took care to avoid civilian causalities. After a firefight they killed Osama bin Laden and took custody of his body."

David Cameron welcomed the development, saying it would "bring great relief to people across the world". He said: "It is a great success that he has been found and will no longer be able to pursue his campaign of global terror."

Jubilant crowds flocked to the White House and to Ground Zero in New York where the twin towers of the World Trade Centre stood until they were destroyed by two hijacked jets on September 11, 2001.

Relatives of al Qaida victims welcomed the news. Nigel Thompson, who worked as a stockbroker with Cantor Fitzgerald in the World Trade Centre, died at the age of 33.

His father Norman, from Sheffield, said: "I'm pleased, definitely. It doesn't bring our son back - we've lost him. People talk of closure. There's no such thing as closure because we have it every day. It's one of those difficult things. It would bring justice, definitely, but certainly no closure. It's an every day trial for us."

Amid the general relief there were warnings of a possible backlash from bin Laden's supporters. John Gearson, Reader in Terrorism Studies and Director of the Centre for Defence Studies at King's College London, said: "There will be concerns that there could be some sort of retaliation, that al Qaida may well want to demonstrate that they are still strong and still in the game."

I've just lost a long and considered post on this thread, in which one of the points I raised was the inevitability of reprisals and how much more difficult this is going to make my job over the coming months.

But I'm buggered if I'm going to type it out all over again.

The late creep wasn't worth it. 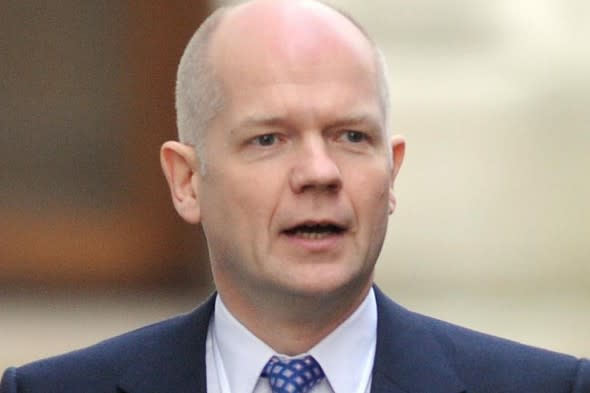 British embassies around the world have been put on heightened security alert amid concerns of possible reprisal attacks by al Qaida following the killing of Osama bin Laden.

Foreign Secretary William Hague said that elements of al Qaida were still "in business" and they would need to be vigilant for "some time to come".

"This is not the end of being vigilant against al Qaida and associated groups," he told the BBC Radio 4 Today programme.

"There may be parts of al Qaida that will try to show that they are in business in the coming weeks, as indeed some of them are.

"So I have already this morning asked our embassies to review their security to make sure that vigilance is heightened and I think that will have to be our posture for some time to come."

Earlier, the US State Department also put American embassies on alert and warned of the heightened possibility for anti-American violence after bin Laden's killing by US troops in Pakistan.

In a worldwide travel alert released shortly after President Barack Obama announced bin Laden's death in a US military operation, the department said there was an "enhanced potential for anti-American violence given recent counter-terrorism activity in Pakistan".

"Given the uncertainty and volatility of the current situation, US citizens in areas where recent events could cause anti-American violence are strongly urged to limit their travel outside of their homes and hotels and avoid mass gatherings and demonstrations," it said.

The alert said US embassy operations would continue "to the extent possible under the constraints of any evolving security situation".

It noted that embassies and consulates may temporarily close or suspend public services, depending on conditions.

Doc Watson wrote:However Sara Palin has denounced it as a hoax.

You can't be serious...you just read the comment at ER that was clearly a JOKE, and wrote it here without the punchline as if it were actually true...

Have you never made a mistake ? Let him or her who is without sin amomg us cast the first stone.

Salamity Jane wrote:I love it how they seemed to have dumped the body overboard as soon as possible. A feast for conclusion jumpers, I'd say.

The conclusion-jumpers could be mistaken, in this instance:

1. Impossible to bury/cremate such remains on dry land without establishing a 'martyr's' shrine.

2. Islamic custom requires burial within something like 24 hours of death, so "as soon as possible" was actually appropriate here.

I found President Obama's repeated use of the personal pronoun 'I' in the announcement of OBL's death disappointingly unstatesmanlike: the words of a politician unpopular in the polls.

When all is said and done, what was the alternative?

It's impossible to imagine the circumstances in which the usual arrest-and-trial process could have realistically taken place.

I've seen no news reports indicating just how long OBL had been holed up in this compound, close to a Pakistan army base.

If the move was a recent one, the Pakistan Intelligence Service should be congratulated.

If he's been there for the past 10 years, the question inevitably arises of collusion by the Pakistan authorities (or some of them) in his concealment.

I tend to agree with LaRue

I find all the dancing in the streets type celebrations ridiculous. I am very glad that OBL is dead, even more glad that his demise came at the hands of the US Navy SEALs but I won't be cheering in the streets. I will be making silly posts with dancing on his grave type images and links

ANDY wrote:It's been quite a while since so many people have been so happy over one good old-fashioned murder.
And after the Arabian spring, we've now found our Arabian Franz Ferdinand?

God, I can't tell you how excited I was for the pseudo-intellectual tryhards to show up in this thread. Excellent post!

The officials photos haven't been released (don't know if they actually will be) but the above photo has already been deemed a hoax and has been circulating the interwebs long before the announcement of yesterday.

When I was a kid I was absolutely TERRIFIED of Osama. I remember my parents explaining to me about terrorists and about him on 9/11 and he felt so big frightening. I couldn't believe that people that bad still existed and I hated seeing pictures of him in newspapers and stuff, I just found him really scary. I was only 8, bless. But now he's gone! It's quite weird.

ANDY wrote:What does it mean for a part of the world that is so proud of its fight for human-rights to be overcome with joy for a murder?

If you think killing an enemy in a war is murder then you really need to grow a pair.

I hope it can help to bring closure for those families who lost somebody in September 11.

ANDY wrote: How killing a Yemenite in Pakistan figures into that equation isn't exactly that clear to me.

Bin Laden was actually a Saudi Arabian, but that's splitting hairs at this point

the king is dead......long live the king

maybe he'll rise like Christ to lead legions and hordes of marauders to kick our collective sorry ass......

who cares about Bin Laden.....

some trumped up danger.......all handily embodied in one man

some fake tomfoolery......(and I'm not really that cynical)

ANDY wrote:But even a part from that question: do you really believe that if a muslim-extrimist blew a bullet through Barack Obama's or George Bush's head, he wouldn't be prosecuted for murder? Or that his defence could plea not-guilty for murder because he's client merely killed an enemeny in a war-situation?

Are you really this stupid or are you just pretending?