Your honor, may I approach the altar?

Why shouldn't I work for the N.S.A.? That's a tough one, but I'll take a shot. Say I'm working at N.S.A. Somebody puts a code on my desk, something nobody else can break. Maybe I take a shot at it and maybe I break it. And I'm real happy with myself, 'cause I did my job well. But maybe that code was the location of some rebel army in North Africa or the Middle East. Once they have that location, they bomb the village where the rebels were hiding and fifteen hundred people I never met, never had no problem with, get killed. Now the politicians are sayin', "Oh, send in the Marines to secure the area" 'cause they don't give a shit. It won't be their kid over there, gettin' shot. Just like it wasn't them when their number got called, 'cause they were pullin' a tour in the National Guard. It'll be some kid from Southie takin' shrapnel in the ass. And he comes back to find that the plant he used to work at got exported to the country he just got back from. And the guy who put the shrapnel in his ass got his old job, 'cause he'll work for fifteen cents a day and no bathroom breaks. Meanwhile, he realizes the only reason he was over there in the first place was so we could install a government that would sell us oil at a good price. And, of course, the oil companies used the skirmish over there to scare up domestic oil prices. A cute little ancillary benefit for them, but it ain't helping my buddy at two-fifty a gallon. And they're takin' their sweet time bringin' the oil back, of course, and maybe even took the liberty of hiring an alcoholic skipper who likes to drink martinis and fuckin' play slalom with the icebergs, and it ain't too long 'til he hits one, spills the oil and kills all the sea life in the North Atlantic. So now my buddy's out of work and he can't afford to drive, so he's got to walk to the fuckin' job interviews, which sucks 'cause the shrapnel in his ass is givin' him chronic hemorrhoids. And meanwhile he's starvin', 'cause every time he tries to get a bite to eat, the only blue plate special they're servin' is North Atlantic scrod with Quaker State. So what did I think? I'm holdin' out for somethin' better. I figure fuck it, while I'm at it why not just shoot my buddy, take his job, give it to his sworn enemy, hike up gas prices, bomb a village, club a baby seal, hit the hash pipe and join the National Guard? I could be elected president.

- Stop daydreaming, will you? Think you're a superstar? What's that radish for? Who's going to eat it now? Want to sing? Use a loo roll.

"Pourquoi? Pourquoi?"
"That's what we all ask ourselves; pur kwa, pur kwa."

"Does it ever get easier my Uncle Martin?"

I would say to myself:
It doesn´t matter
that you can´t breathe
that you are hopelessly involved
in the panic of the situation -
It is the will of G-d

Then I might say
something like:
Thank You
for the terms of my life
which make it so painfully clear
that I am powerless
to control You

So many people have asked me if I am pregnant I already answer I am. "When are you due" they ask. "Next week"


"If I win the euromillions I'll set up a whorehouse" "How's that?" "You make a lot of money"

being a girl with a prominent belly helps

Barbara Weston: Marriage is hard.
Karen Weston: That's one thing about Mom and Dad, you gotta tip your hat to anybody who could stay married that long.
Ivy Weston: Karen, he killed himself.

"Our story takes you down this shadowed path to a remote and guarded building in the English Midlands, Melbridge County Asylum. Grimly proud of its new military wing, which barely suffices in this autumn of 1918 to house the shattered minds of the war that was to end war."

How awful tv programs that people sit to see for different reasons can be? There's no junk tv-programs but junk programming 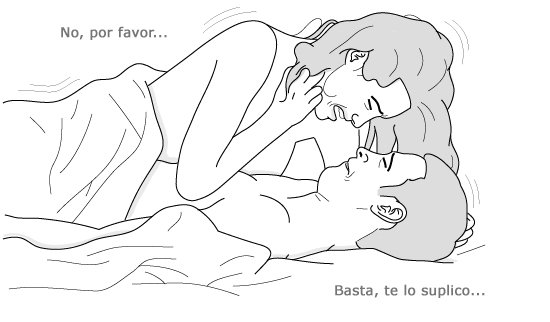 - No, please
- Stop, I beg you
Sex without consent from neither of the parts

In a discussion about "It's a Wonderful Life," Homer says,
"I wonder what my life would have been like if I had never seen that movie."