Here's another number from that Morecambe & Wise show - All Or Nothing: 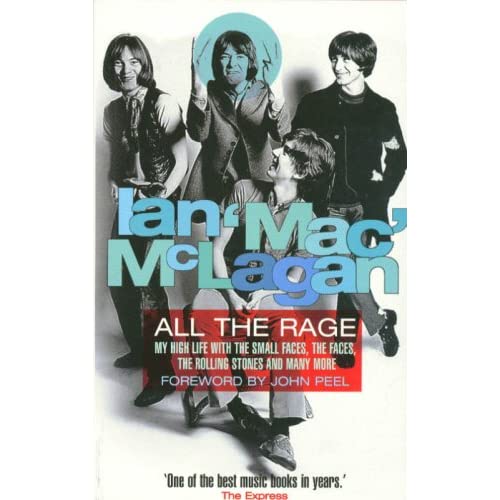 Unlikely as this might sound, Ian 'Mac' McLagan's biography is one of the best accounts of the 1960s-1970s golden years of rock n roll.

Mac started as the keyboard player in the Small Faces and went on to play with the Faces, the Rolling Stones, Bob Dylan...just about anybody who was anybody in that era, in fact.

Fascinating and funny anecdotes about rehearsal rooms filled with famous people...and, as the title suggests, an angry diatribe against the vultures and hyenas populating the music industry.

TRAGIC TRIVIA: Small Faces front man Steve Marriot shares with the Bonzos' Viv Stanshall the dubious distinction of dying in his sleep after setting fire to his bed.

Similar topics
» Arundhahti Roy's The God of Small Things
» Rod Stewart & The Faces
» The Many Masks and Faces of Evil
» Spring in the air! Time to think about the garden.
» Wake Up...It's Time For An ATU Funeral