Is it possible to draw a distinction between 'good' hackers (Anonymous) and 'bad' hackers (Murdoch's mob)?

Is it possible to draw a distinction between 'good' hackers (Anonymous) and 'bad' hackers (Murdoch's mob)?

Anonymous hacks into phone call between FBI and Scotland Yard

Hackers from the group Anonymous have broadcast a private conference call between the FBI and Scotland Yard exposing details of an international cybercrime investigation, the FBI has confirmed.

The FBI and Scotland Yard admitted that the security of the call had been breached.

Investigators can be heard discussing their joint inquiry into a cybercrime investigation going through the British courts, and linked to investigations in New York, Baltimore, Los Angeles and Ireland.

It is understood the breach occurred at the US end of the call. As the news broke, Anonymous began taunting the FBI, asking if it was curious about how the group could keep reading the bureau's internal communications.

Investigators can be heard on the broadcast talking about named individuals who have been charged in the UK with hacking into the website of the Serious Organised Crime Agency (Soca).

In one lengthy exchange, the British contingent can be heard discussing a 15-year-old hacker as a "wannabe" and a "pain in the bum". The 15-minute call has been broadcast on the internet, but the names of some of the individuals being sought have been bleeped out by the hackers.

Scotland Yard said: "We are aware of the video which relates to an FBI conference call involving a PCeU [member of the e-crime unit] representative. The matter is being investigated by the FBI.

"At this stage no operational risks to the MPS have been identified; however, we continue to carry out a full assessment. We are not prepared to discuss [it] further."

The conference call was one that appears to be held weekly between officers from the Metropolitan police's e-crime unit and the FBI in New York and Los Angeles.

The law enforcement agencies are working together on a cybercrime investigation involving teenagers and young people from the UK, Ireland, Germany and the US, it is understood.

Six people are going through the British courts charged in connection with hacking into computers belonging to Soca. They include Ryan Cleary, a British teenager who is charged with five offences of hacking websites. Cleary, 19, from Wickford, Essex, was arrested in June last year. His arrest was linked to a series of cyber-attacks by a group called LulzSec.

Cleary was charged over cyber-attacks against British-based targets. He is due to appear at Southwark crown court with his co-accused, Jake Davis, on 11 May. Four other individuals, are due to appear at the same court in March as part of the same investigation. Cleary has been charged with three attacks – on the London-based International Federation of the Phonographic Industry in November 2010, the British Phonographic Industry in October 2010, and on Soca.

The method he is alleged to have used is a distributed denial of service (DDoS) attack against all three websites. He was also charged with constructing a botnet, a network of infected computers that can be used remotely to direct attacks.

On the intercepted call, the British police officers joke with their FBI counterparts early in the conversation while they wait for others to join, and are heard making fun of Sheffield - where the Acpo cybercrime conference is being held next week. "It's a khazi - not exactly a jewel in England's crown," says the British detective. The call, which took place nearly a fortnight ago – it is understood – includes a conversation about the appearance of Cleary and Davis at Southwark crown court last Friday.

The FBI official expresses his gratitude to the British officers for "being flexible" and co-ordinating with them. "New York appreciates it," the FBI operative says.

In response, the British detective says: "We have cocked things up in the past."

The British detective then gives the FBI details of a 15-year-old who was arrested in the UK before Christmas. He calls the 15-year-old a "wannabe" and is connected with two other teenagers who are known as CSL sec "Cant Stop Laughing Security".

"He is just a pain in the bum," the officer says. The call ends with all parties agreeing to talk again the following Monday.

The events leading to the arrest of Cleary involved an investigation by British police and the FBI. The bureau's involvement, plus the nature of the targets, raised the prospect of Washington seeking the teenager's extradition to the US.

The conference call reveals that two other individuals are to be arrested in the future. It makes clear that the investigation is complex, stretching across international boundaries and focusing on teenage hackers in many different cases.

Karen Todner, a lawyer for Cleary, said the recording could be "incredibly sensitive" and warned such data breaches had the potential to derail the police's work. If they haven't secured their email it could potentially prejudice the investigation," she told Associated Press.Anonymous is a collection of internet enthusiasts, pranksters and activists whose targets have included the Church of Scientology, the music industry, and financial companies such as Visa and MasterCard. 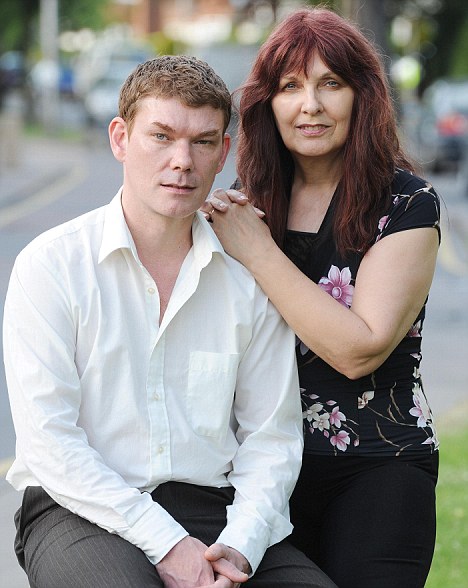 Gary McKinnon (and his mum): naive hacker with Asperger's? 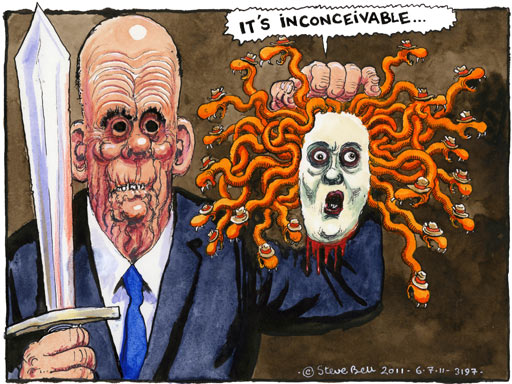 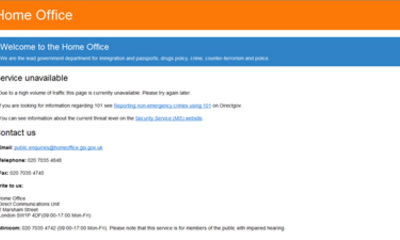 Hackers group Anonymous claims it took down the Home Office website in a distributed denial-of-service attack.

A message on the group's Twitter account read: "TANGO DOWN - http://www.homeoffice.gov.uk For your draconian surveillance proposals! Told you to #ExpectUs!"

The message appears to refer to plans to expand the access the intelligence services has to people's emails, telephone calls and texts without a warrant, which are expected to be unveiled in next month's Queen's Speech.

The legislation is expected to instruct internet companies to install hardware enabling GCHQ - the Government's electronic "listening" agency - to examine the data "on demand".

The Government has defended the proposals as essential if police and security services are to stay one step ahead of serious criminals and terrorists.

Visitors attempting to access the Home Office site were told that it was temporarily unavailable.

A Home Office spokesperson said: "We are aware of some reports that the Home Office website may be the subject of an online protest. We have put all potential measures in place and will be monitoring the situation very closely."

"If a successful denial of service attempt does occur tonight, we will liaise with the technical team and update as necessary."

Other Twitter accounts apparently linked to Anonymous suggested that the websites of Home Secretary Theresa May, Number 10 and the Ministry of Justice had also been targeted.

News about the attacks was being posted by some users with the hashtag #OpTrialAtHome, apparently a reference to Britain's controversial extradition arrangements with the US.

A post on the Anonymous Operations account�?? read: "#OpTrialAtHome, because selling your citizens to foreigner is not acceptable! We are #Anonymous, We do not forget, We do not forgive."

So-called hacktivists claiming to be part of the loose collective have been accused of distributed denial-of-service (DDoS) attacks on credit cards companies and other firms opposed to WikiLeaks as well as attacks on government websites across the world.

A DDoS attack prevents legitimate users from visiting sites by flooding them with unwanted internet traffic.

In the US, Anonymous is campaigning against the Stop Online Piracy Act (Sopa) and the Cyber Intelligence Sharing and Protection Act (Cispa).

pinhedz wrote:Knowing as little as I do about that Murdoch business, it would be arrogant of me to presume to judge, so I'll give it a go:

-- As I understand it, Murdoch is guilty of violating nice peoples' privacy for despicable ends--to embarrass the victims and entertain his public.


Steve Bell on James Murdoch's resignation as chairman of BSkyB 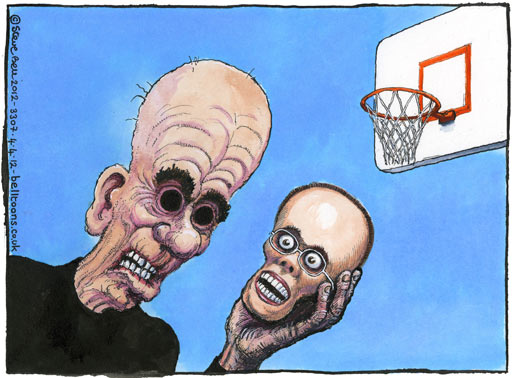 This thread reminds me of how much I miss eddie.

Similar topics
» Anonymous: Looney Shakespeare movie
» How to draw dragons
» Good Day essleweb
» Songs that put you in a good mood
» Occupation is a good stuff