'My most treasured possession? My pride' 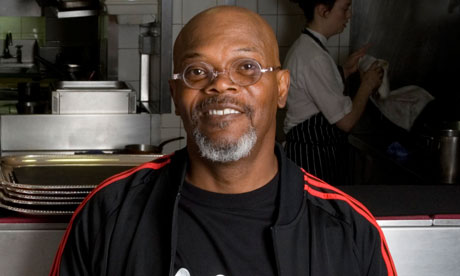 Samuel L Jackson: 'The trait I most deplore in others? Stupidity.' Photograph: Richard Saker

Samuel L Jackson, 63, was raised in Tennessee. He studied for a degree in dramatic arts and made his film debut while still a student. In the 1970s and 80s, he worked on Broadway and appeared in TV dramas and commercials. In the early 90s he spent time in rehab, and shortly afterwards played a crack addict in Spike Lee's 1991 film Jungle Fever, a role that made film history when it won the only Best Supporting Actor award ever given at Cannes. He has made more than 100 films, including Pulp Fiction and the Star Wars prequels. His latest film, Mother And Child, is out on 6 January.

What is your greatest fear?
Not working.

What is your earliest memory?
Sitting in a rocking chair with my grandfather on the front porch.

What is the trait you most deplore in yourself?
Fearlessness – I tend to be reckless.

What is the trait you most deplore in others?
Stupidity.

What was your most embarrassing moment?
Being found drunk and passed out by my wife and daughter.

What is your most treasured possession?
My pride.

What would your super power be?
Mind-reading.

What would be your fancy dress costume of choice?
Jedi robes.

What makes you unhappy?
The state of the world.

What do you most dislike about your appearance?
Balding.

What is your most unappealing habit?
I am too inquisitive.

What is your favourite word?
"Motherfucker".

What is the worst thing anyone's said to you?
"You'll never work in this town again."

What is your guiltiest pleasure?
Cheetos.

What do you owe your parents?
My height.

What or who is the love of your life?
My daughter and wife.

What does love feel like?
It's kind of burdensome.

What was the best kiss of your life?
My first real kiss from my daughter.

What is the worst job you've done?
I used to mix chemicals in a foundry.

What has been your biggest disappointment?
Finding out that life's not fair.

If you could go back in time, where would you go?
To the Roaring 20s, just to see what that was like.

How do you relax?
By playing golf.

How often do you have sex?
As often as possible.

What is the closest you've come to death?
I got dragged by a subway train in 1980.

What single thing would improve the quality of your life?
If I could be a plus-2 golfer.

What do you consider your greatest achievement?
Zoe, my daughter. She is 29 now.

What is the most important lesson life has taught you?
That nothing is given to you.

Where would you most like to be right now?
On a golf course.

Tell us a secret.
I am not as cool as people think I am.