all across the universe :: Music :: Country/Folk

The master of strange tunings is Nick Drake.
Don't let them tell you it's Joni Mitchell.
She may have started earlier and has tried out a lot more tunings but her guitar usually sounds like a guitar.
If you tune your guitar to BEBEBE (as Nick frequently does) it sounds like anything but a guitar.

Here's a tune with BEBEBE tuning:

"We are everywhere", he sings. Whatever that means...

It's interesting that most of the alternative tunings were NOT used by both artists.
Joni has used so many tunings but she never wrote a song in BEBEBE or CGCFCE or DADGAF#.

This is a Drake song in DADGAF#. Listen for the F# string, it's the icing on the cake.

Without the F sharp it's only plain ol' DADGAE which sounds like this:

The title track of the "Pink Moon" album sounds so unearthly because of the brilliant CGCFCE tuning (the right capo position doesn't hurt either):

Close but still quite different: CGCGCE.

It's definitely the fact that the higher strings are tuned to F,C and E that makes the guitar sound so different.
Joni's most beautiful tuning is very similar: CGDFCE. Enjoy!

Picturing Nick Drake back on tour

A lost recording by the late singer has been turned into a UK-wide photography project. Laura Barton takes part 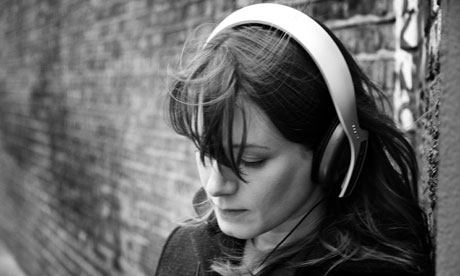 One summer evening in the late 1970s, Michael Burdett was scavenging through a skip behind Island Records HQ in London. He was a teenager, employed as a postboy at the label, and had been given permission to hunt through all the discarded demos for tapes he could record over in the studio he was setting up at home.

An object caught his eye. "A scruffy little tape," he recalls. "On the front, in felt tip, it said 'Nick Drake' and on the back 'Cello Song'. And at the bottom were the words 'With Love' and two kisses. I knew Nick's material; he'd been dead five years. I couldn't let it go to the dump. So I took it and kept it."

Burdett didn't listen to the tape for 20 years. By then, he was a composer, writing music for adverts and TV acts such as Mr Blobby, but had taken himself off to Wales to record his own album. One day, struggling with a piano piece, he decided to distract himself by playing some of the many unlistened-to tapes he had acquired over the years. The first was that recording of Cello Song, a work that had appeared on Nick Drake's debut album, 1969's Five Leaves Left. But it did not sound like the version Burdett was familiar with. "I remember it distinctly: windows open, sound of the river coming in. As the guitar started I thought, 'That sounds different.' Then the percussion began and sounded busier. And then two cellos came in, and they played a flourish I didn't recognise. Nick started humming, and I realised I was listening to something different, something I suspected nobody had heard for a good 30 years."

The album version, produced by Joe Boyd, features Clare Lowther on cello, Danny Thompson on bass and Rocky Dzidzornu on congas, as well as Drake's distinctive guitar-playing and exquisite voice. It is at once melancholy and sublime, in its essence everything that would bring Drake acclaim and adoration in the years following his death in 1974, aged just 26.

Burdett tracked down Cally Callomon, manager of Nick Drake's estate. He played him and Robert Kirby (Drake's friend and regular strings player) the lost recording. "They thought it was a beautiful version," says Burdett, "but we were none the wiser as to where it might've come from. Though it turned out not to be Nick's handwriting."

Burdett was unsure what to do. "Copyright laws mean it's not my place to broadcast or release it," he explains. Another decade passed and, reading of Kirby's death, Burdett thought again of Cello Song. He also happened to watch Werner Herzog's 2005 film Grizzly Man, and was struck by a scene in which Herzog sits with headphones on, listening to the sound of a man being eaten by a bear. His thoughts led to the unheard Drake recording and suddenly he knew what he wanted to do: photograph people listening to it.

"For the next year and a half," he says, "I kept the camera and the recording with me wherever I went. I approached people at random and ended up photographing tattooists, homeless people, florists, mountaineers, City workers, people aged two to 96." Of the 200 people he asked, 167 agreed. "I think that is the beautiful thing about all this," he smiles. "It's not just about Nick Drake – half the people had never heard of him."

He calls his collection of photographs the Strange Face Project, a nod to the song's opening line: "Strange face/ With your eyes/ So pale and sincere." It was also a reference to the peculiar intensity that played across subjects' faces as they listened. "With four minutes 22 seconds to photograph someone," says Burdett, "I invariably found that the images were telling."

We sit in Burdett's car and look through the photographs, about to go on show at the Idea Generation gallery in London. There are famous subjects: Tom Stoppard, Noel Fielding, Billy Bragg; as well as a car park attendant at Southampton airport, a climber on a mountaintop in the north-west highlands of Scotland, and a man fishing for grayling on the River Itchen in Hampshire. At the end of the recording, Burdett would ask each person what they thought. The comic Robin Ince told him: "Listening to Nick Drake always makes me nostalgic for things that didn't actually happen to me, like standing in a wheat field in Cambridge, which I've never done."

Others were less articulate, but just as moved. "I remember driving through Shropshire on a Saturday night," says Burdett. "There was a lone youth standing on Wem station platform. I approached the guy. He had a hood and a black eye. And I said, 'Hi there, sorry to trouble you. My name's Michael and I've been going around the country photographing people from all walks of life listening to a recording that hasn't been heard for 40 years. It's by a chap called Nick Drake. Would you be interested in hearing it?' And, bizarrely, yes was the answer. I remember putting the headphones on him, and it's dark, no shelter, and he's standing listening – and suddenly I see a train coming. It's coming from behind him, and it comes so fast and zooms past him so that he gets thrown onto the platform. But he gets up and continues listening. He got to the end of the recording, took off the headphones, looked at me and just said, 'Well tranquil.'"

I am listener 167 in the project. I have always regarded Drake's music as an otherworldly thing, swallow-tailed and windhovered. This version of Cello Song is a more earthly creature: richer, busier, warmer than the one I am familiar with, and in many ways more engaged with its era. It appears more psychedelic, with shades of the Beatles' Within You Without You. As I listened to the track, I stared at the ground, oblivious to the traffic, the cold wind, the snap of Burdett's camera. It is an entrancing work and, like all of Drake's material, engulfs the listener. Once it is over, I am startled. I stand in the street, suddenly aware of the roar of the day.

all across the universe :: Music :: Country/Folk