Aegipan, literally "goat-Pan," was a Pan who was fully goatlike, rather than half-goat and half-man. When the Olympians fled from the monstrous giant Typhoeus and hid themselves in animal form, Aegipan assumed the form of a fish-tailed goat. Later he came to the aid of Zeus in his battle with Typhoeus, by stealing back Zeus' stolen sinews. As a reward the king of the gods placed him amongst the stars as the Constellation Capricorn. The mother of Aegipan, Aix (the goat), was perhaps associated with the constellation Capra.

The constellation Capricornus
symbolism: the sea-goat

Capricornus is one of the 88 modern constellations, and was also one of the 48 constellations listed by the 2nd century astronomer Ptolemy. Under its modern boundaries it is bordered by Aquila, Sagittarius, Microscopium, Piscis Austrinus and Aquarius. The constellation is located in an area of sky called the Sea or Water, consisting of many water-related constellations such as Aquarius (the water-bearer), Pisces (the fishes) and Eridanus (the river).

eddie wrote:A very stoned Brian is said to have completely freaked when the villagers brought out a white goat to slaughter for the festival feast. "That's me!" he jibbered. And lo! In a way, it WAS.

...because he died a month after returning from Morocco?

In part, and also because the sacrificial goat had bloodshot eyes and Brian's haircut.

...ah Nijinski...the dance of the faun

Vaslav Nijinsky was born in Kiev, Ukraine, to ethnic Polish parents, dancers Tomasz Niżyński and Eleonora Bereda. Nijinsky was christened in Warsaw, and considered himself to be a Pole despite difficulties in properly speaking the language as a result of his childhood in Russia's interior where his parents worked.

In 1900 Nijinsky joined the Imperial Ballet School. At 18 years old he was given a string of leads. In 1910, the company's Prima ballerina assoluta Mathilde Kschessinska selected Nijinsky to dance in a revival of Marius Petipa's Le Talisman, during which Nijinsky created a sensation in the role of the Wind God Vayou.

....eventually...
Nijinsky took the creative reins and choreographed ballets, which pushed boundaries and stirred controversy. In The Rite of Spring (with music by Stravinsky,1913), Nijinsky created choreography that exceeded the limits of traditional ballet and propriety. For the first time, his audiences were experiencing the futuristic, new direction of modern dance. The radically angular movements expressed the heart of Stravinsky's radically modern score. Unfortunately, Nijinsky's new trends in dance caused a riotous reaction at the Théâtre de Champs-Élysées when they premiered in Paris. As the title character in The Afternoon of a Faun, the final tableau (or scene), during which he mimed masturbation with the scarf of a nymph, caused a scandal. He was defended by such artists as Auguste Rodin, Odilon Redon, and Marcel Proust.

In 1919, at the age of 29, Nijinsky retired from the stage, owing to a nervous breakdown, which was diagnosed as schizophrenia. He lived from 1919 until 1950 in Switzerland, France, and England, and died in London in 1950. 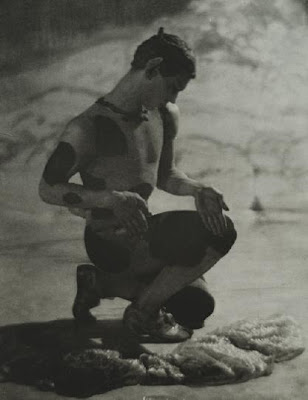 L'Apres-midi d'un Faune
A Faun sits on a hillock, relaxing in the afternoon sun. He is eating grapes and playing the flute. Seven nymphs appear, passing through the Faun's domain on their way to bathe in the lake nearby. As they move past in line, the Faun is entranced by the beauty of the creatures and moves down from his hillside. The nymphs, in turn, are fascinated by the handsome creature, seemingly half-boy, half-animal. The Faun begins to dance playfully about the nymphs, who, frightened, flee into the forest. Only one nymph remains; she allows the Faun to come closer, even to touch her, to which she seemingly responds. But she too takes fright and rushes off to join her companion; as she leaves, a silk scarf falls from her.

The Faun, now sad at her departure, picks up the scarf and holds it to himself longingly; he caresses it tenderly, imagining it to be the nymph he has frightened away. He returns contentedly to his hill-side, dreaming of the nymphs and that he has possessed the most beautiful of them all.
Philip Ralph, Paris Dances Diaghilev, 1990

...I might send Nijinski over to The shamanistic element in Performance

Piping Down the Valleys Wild

Piping down the valleys wild,
Piping songs of pleasant glee,
On a cloud I saw a child,
And he laughing said to me:

'Pipe a song about a lamb!'
So I piped with merry cheer.
'Piper, pipe that song again.'
So I piped: he wept to hear.

'Drop thy pipe, thy happy pipe;
Sing thy songs of happy cheer.'
So I sung the same again,
While he wept with joy to hear.

'Piper, sit thee down and write
In a book, that all may read.'
So he vanished from my sight,
And I plucked a hollow reed,

And I made a rural pen,
And I stained the water clear,
And I wrote my happy songs
Every child may joy to hear. 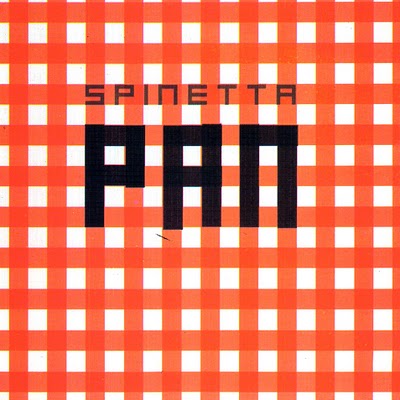 "Zermatism, Szukalski's concept of world history, postulated that all human culture derived from post-deluge Easter Island and that in all human languages one can find traces of the original, ancient mother-tongue of mankind. In his view, humanity was locked in an eternal struggle with the Sons of Yeti ("Yetinsyny"), the offspring of Yeti and humans, who had enslaved humanity from time immemorial. He claimed that the figures of the god Pan on Greek vases depict creatures that actually existed, the product of Yeti apes raping human women." 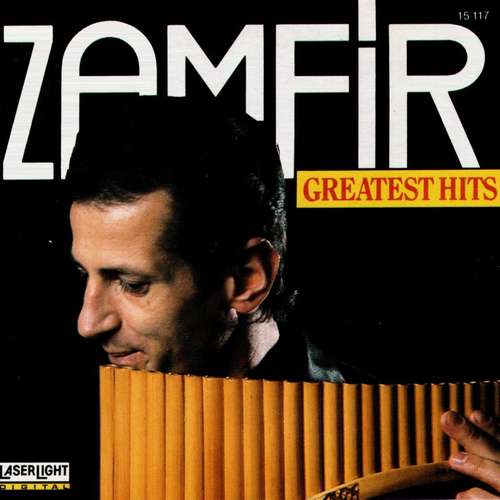 That reminded me of this Mack. I love it.