Most people know of the sinking of the Titanic, but how about the Paddle Steamer Princess Alice that sank in the Thames:-

3 September, 1878 was one of those pleasant London evenings at the end of summer when the weather is still comfortably warm and enjoyable. On this particular evening, the SS Princess Alice, commanded by her captain William Robert Hattridge Grinsted, left her dock at Swan Pier near London Bridge at 10am and set steam for Gravesend and Sheerness. By about 6pm she had re-boarded her passengers and was returning to Swan Pier. Most of her passengers were Londoners returning home from the Rosherville Gardens in Gravesend after an afternoon stroll. The trip aboard this modern paddle steamer made the day trip all the more pleasant.

By 7.40pm that evening she had almost completed her journey and was steaming past Tripcock Point into a section known as Gallions Reach just before Woolwich town2. At the same time a steam collier ship3 - the Bywell Castle, commanded by Captain Harrison - entered Gallions Reach from upstream. The 890-ton Bywell Castle4 was travelling from Millwall docks to Newcastle, where it would pick up a cargo of coal destined for Alexandria in Egypt. As Captain Harrison entered Gallions Reach he was travelling at half-speed in the centre of the river. He observed the Alice turn towards the north shore, appearing to cross in front of his bow, and to avoid a collision he told his pilot Christopher Dix5 to angle towards the south shore. His aim was to pass safely past the stern of the Alice; however, right at this dangerous moment Captain Grinsted confused the intentions of the Bywell Castle's Captain.

He turned the Alice to the south as well, straight into the path of the huge collier. Captain Harrison ordered a full-speed reverse of his engines but it was too late. Bywell Castle ploughed into the Princess Alice just behind her starboard paddle wheel. The Alice did not stand a chance against a ship that was some four times bigger, and she was sliced in half; it took her all of four minutes to sink to the bottom of the river. The Princess Alice was licensed to carry 936 passengers, and although there are no exact figures, it is thought that somewhere in the region of 750 people were aboard that day to be thrown into the Thames.

At the time of the collision the Bywell Castle's hold was empty, causing her to float extremely high in the water, and consequently very few of the hundreds of people thrown into the Thames could scramble aboard. Instead the vast majority had to cling to the bits of flotsam left over from the collision and wait for rescue. This would have been extremely unpleasant, since just to the north of that section of the river sat the Becton North Outfall Sewer that pumped thousands of gallons of raw sewage into the river. To make things worse, the industrial plants in North Greenwich and Silvertown allowed their waste products to flow directly into the water, meaning that this section of river was one of the most polluted in the country. As the news reached the ears of the people on shore, hundreds of concerned relatives descended on the offices of London Steamboat Company. There they waited and listened as company officials read out the names of each survivor who was rescued. A newspaper man, WT Vincent, was one of the first on the shore to hear of the disaster:

Soon policemen and watermen were seen by the feeble light bearing ghastly objects into the offices of the Steampacket Company, for a boat had just arrived with the first consignment of the dead, mostly little children whose light bodies and ample drapery had kept them afloat even while they were smothered in the festering Thames. I followed into the steamboat office, marvelling at the fate which had brought the earliest harvest of victims to the headquarters of the doomed ship, and, entering the board-room, the first of the martyrs was pointed out to me as one of the company's own servants, a man employed on the 'Princess Alice', and brought here thus soon to attest by his silent presence the ship's identity. The lifeless frames of men and women lay about, and out on the balcony, from which the directors had so often looked upon their fleet through the fragrant smoke of the evening cigar, there was a sight to wring out tears of blood from the eyes of any beholder. A row of little innocents, plump and pretty, well-dressed children, all dead and cold, some with life's ruddy tinge still in their cheeks and lips, the lips from which the merry prattle had gone for ever. Callous as one may grow from frequent contact with terrors and afflictions, one could never be inured to this. It was a spectacle to move the most hardened official and dwell for ever in his dreams. Then to think what was beyond out there in the river. It was madness!
It soon became clear after about 100 people had been saved that this was going to become an operation of recovering the dead, not rescuing the living. The local watermen6 were each paid five shillings per body they recovered, and they were still pulling victims of the river for weeks afterwards. In the end all the bodies were probably never recovered, but a large number were found still trapped inside the ship when the two halves were later raised to the surface. It would have been horrible work for the Watermen; the pollution would have been horribly disfiguring, which confounded many attempts at identification. In the end, over 115 people were buried without being identified, and the exact number of deaths is unknown. The memorial in Woolwich Cemetery states that 550 people died, but it is known that there were 544 inquests in Woolwich alone and at least 46 elsewhere; this makes the final death toll somewhere closer to 600.

The Inquiry and the After-effects

An inquiry was set up three days after the collision to try to determine the causes of the accident. The coroner, Mr CJ Carttar, presided over an inquest that took over 30 days and interviewed more than 100 witnesses. On the last day of the inquiry the jury retired at 7pm, returning at 5am the following morning to deliver their verdict of Death by Misadventure. The jury accepted that the collision was an accident but blamed the Princess Alice for causing the accident. However, this verdict did not prove final; another inquiry in Millwall put the blame with the Bywell Castle, while yet another at the Admiralty Court shared the blame between the two ships. This confusion made it very hard to lay the blame on a single captain.

The various inquiries did have some useful outcomes; for example, the Board of Trade's inquiry made a recommendation that ships should always 'pass each other on the port side.' This standard was being used at sea in 1873 but was not used on inland waterways. This idea effectively meant that ships would 'drive on the right' unlike road vehicles in the UK that drive on the left. They also put a limit on the passenger number on steamships and made laws which came into effect in 1880 to ensure the provision of adequate lifebelts. Another effect of the disaster was that ships were fitted with watertight bulkheads so that if a ship were holed, it would be less likely to sink immediately as the Alice did (although this didn't save the Titanic). The government was also involved in an effort to clean up the waterway, probably one of the very first examples of environmental thinking and policy.

As in the case of many tragedies, the disaster of the Alice touched many people and created many remarkable accounts. One story tells of a lucky survivor who was standing on the bow of the Alice as it sank. As the ship was severed, the bow rose into the air before sinking, and the unknown survivor is said to have calmly stepped from the bow of the Alice on to the bow of the Bywell Castle! A tragic story emerged from the Towse family. William Towse, the general manager of the London Steamship Company, drowned along with his parents, wife and his sons, thus wiping out three whole generations of the family. The event deeply touched the Victorians. A memorial to the victims of the tragedy was funded by a national donation scheme in which some 23,000 people donated sixpence each to a fund which allowed the creation of a marble cross in Woolwich Cemetery. Engraved on the cross are the words:

It was computed that seven hundred men, women, and children were on board. Of these about five hundred and fifty were drowned. One hundred and twenty were buried near this place.
_________________
"Celine Dion and Oprah have given more to the world than any living member of the british royal family." - Captain Hi-Top 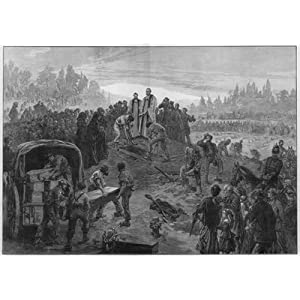 Burial of the unknown dead
_________________
"Celine Dion and Oprah have given more to the world than any living member of the british royal family." - Captain Hi-Top

My local pub in the 1980s was the Princess Alice on the corner of Romford Road and Woodgrange Road, Forest Gate. Despite its location it was not, apparently, named for the steam boat disaster, but for a royal of that name.

and here it is as I knew it:

(the earlier pub had been wrecked by German bombs, see below)

Here's what the wikimapia (

) site has to say about the demise of my old local:

A local pub that hung on to the very end despite becoming a drug dealers and prostitutes bar in the late 1990's. The pub was named after one of the royal Princess Alice's and not the steam ship that suffered a colission on the Thames leading to the loss of 640 lives. The pub was bombed in the second world War but was completely rebuilt in the 1950's. Eventually ceased trading as the Princess Alice after trade died off due to the massive shift in local population. Re-opened as Bar Monastery (known as Bar Monstrosity by the locals). This has also now closed and the building looks set to become yet another much needed asian/polish convenience store/fast food joint

Sorry! Back to the steam boat Princess Alice...

One of Jack the Ripper's victims (Liz Stride?) claimed to have lost her family and her front teeth in the Princess Alice disaster, but she was probably telling porkies....

eddie wrote:One of Jack the Ripper's victims (Liz Stride?) claimed to have lost her family and her front teeth in the Princess Alice disaster, but she was probably telling porkies....

Elizabeth Stride was born Elisabeth Gustafsdotter on November 27, 1843 on a farm called Stora Tumlehed in Torslanda parish, north of Gothenburg, Sweden. She was baptized on December 5 of that year and confirmed in a church in Torslanda....

...In 1878 the Princess Alice, a saloon steam ship collides with the steamer Bywell Castle in the Thames. There is a loss of 600-700 lives. Liz will claim that her husband and children were killed in this disaster and that her palate was injured by being kicked in the mouth while climbing the mast to escape. No corroborative evidence exists for this statement and we know that her husband actually died in 1884. The post mortem report on her specifically states that there was no damage to either her hard or soft palate. This story may have been told by her to elicit sympathy when asking for financial aid from the Swedish Church.