Can Tom Waits do with poetry what he does in song? 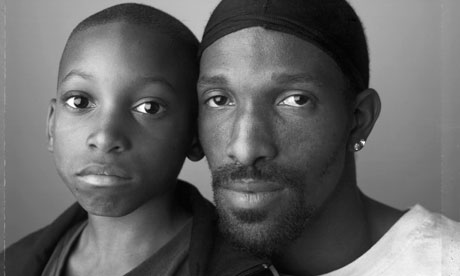 Tom Waits is widely acknowledged as the poet par excellence of the dispossessed. From his first album, Closing Time in 1973, through Blue Valentine, Rain Dogs, Mule Variations and many more, he has probed the dismal underbelly of America's cities and suburbs, producing seedily lyrical vignettes of tattered and busted lives, of prostitutes, drunks, low-life gangsters, hustlers, hucksters and schmucks. The keynotes of his songs are failure, frustrated hopes, booze-fuelled regrets, loss, self-delusion. So it's hardly surprising that Michael O'Brien, an award-winning former Life and National Geographic photographer, should have asked Waits to produce poems to sit alongside his elegant portraits of homeless people in Austin, Texas.

The clear precursor to this poignant collaboration of word and image is James Agee and Walker Evans's groundbreaking book Let Us Now Praise Famous Men, which documented the effects of the depression on sharecropper families in the southern United States. Hard Ground grew out of O'Brien's work among homeless people in Miami in the 70s, and his realisation that since then the problem had grown exponentially. Unlike in Agee and Evans's book, the pictures take primacy; Waits's contributions are short, minimal and scattered sparsely through this large-format volume.

One piece, "Waiting", reads in its entirety: "The cars thunder past / As I stick out my thumb / I am just waiting for / My good luck to come". On the whole, the poems seek to articulate a sense of life's unfathomable unfairnesses, the knowledge that something, for no good reason, has gone terribly wrong. But alongside that there's always the feeling that something better might turn up – after all, desperate conditions breed desperate hope. One of the most successful pieces, "A Dream", has "an unshaven God" fishing for souls to save from a boat in the sky. Elsewhere fortune may take a more worldly form, as in "Lotto": "Every now and then / The world makes sense / . . . A monkey at a typewriter / Composes a poem / And a homeless man / Walks into a 7-11 / Plays his mother's birthday / On the Lotto and wins a million". The final poem, "Why?", provides a child's-eye view of the issue: "Daddy why are all those men / Sleeping outside in the rain? / Why don't they go home / Where it is warm and dry?"

Waits's contributions are not entirely successful as poetry, which makes one wonder whether it's right to call him a poet. In the same way one could ask, pace Christopher Ricks, whether Bob Dylan is a poet: the recent discussion on the Guardian website on this issue threw up some interesting perspectives. And this taxonomic question raises others: isn't rap a form of poetry? Don't performance poetry and dub blur the boundaries between poetry and song? The links between the two forms stretch back to the balladeers, the troubadours and beyond. But the rise of the idea of the individual artist as auteur – with the concomitant assertion of personal ownership through copyright – marked a decisive breach with the notion of a shared, commonly owned lyrical tradition. Poetry written for the page, and song, began to evolve their own sets of artistic imperatives.

This isn't to argue that poetry and music can't profitably coexist – Vaughan Williams's settings of poems by Housman, Hardy and Whitman, for instance, are sublime, but they don't improve on the original texts. Or, to look at the question from the other way, what happens when song lyrics are shorn of their musical accompaniment is often calamitous. About 10 years ago Faber published Blackbird Singing, a volume of Paul McCartney's "poems and lyrics". Without the music or the singing voice, great songs such as "Penny Lane" or "She's Leaving Home" fall flat. There's a similar problem with Hard Ground. At the most basic level, a written poem has to create its own music through the use of words alone. With any sung lyric, the music's rhythmic values dictate the articulation of the words in a way that will differ from the natural rhythms of speech, which is what written poetry is primarily concerned with. And the line repetitions that are a fundamental part of song structure simply die on the page. While song may share 99% of poetry's DNA, it isn't poetry, any more than, say, a chimpanzee is a bonobo.

That said, however, this is a powerful book. O'Brien's subjects – white, black, male, female, young and old, a couple of families with small children – are all photographed against the same grey background. Some look defiant, some haunted or afraid. At the end of the book there's a series of brief quotes from each of the subjects. Some lost their homes in Hurricane Katrina, others have been dragged down by drink, drugs or mental illness. Brian Lohse, 53, has been homeless for 15 years and still can't quite make sense of his situation: "I didn't think there was any such thing as a homeless Republican, but the Lord will get your attention one way or another."

In his introduction O'Brien writes: "'Taking a photograph' is a common expression, and indeed, the subject is giving something away to the photographer. But there is reciprocity . . . and in this case, each subject received something tangible – a print that bore testament to a life." That's the key to his project – it's a concrete acknowledgment of people whom most of us would prefer to pass by in silence, an avowal that they exist, and that they can do so with full human dignity.

Thanks for bumping this thread pinz. I missed it first time around.