This week's news in the arts 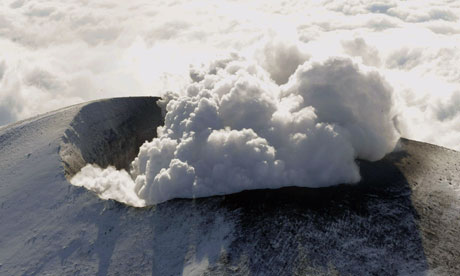 With 700 flights grounded in Britain thanks to Icelandic ash, you might be forgiven for thinking that volcanos are only ever bad news. But that's not always the case: look at their rich showing in the arts.

Between 1852 and 1858, Japanese artist Ando Hiroshige made a series of influential woodblock prints of his local volcano, 36 Views of Mount Fuji. The snow-capped peak looms in the background of all 36, sometimes grey, sometimes pink-lit, always ravishing – but then it was dormant.

It's a long way from Siouxsie and the Banshees' brilliant 1985 track Cities in Dust. Here, with unsparing if overwrought imagery, the singer remembers the thousands who perished at Pompeii: "Hot and burning in your nostrils/ Pouring down your gaping mouth/ Your molten bodies blankets of cinders". The accompanying video is equally unnerving, featuring dancing skeletons, lava, and a worrying amount of (highly flammable) hairspray.

Volcanos wreak similar havoc in the films Dante's Peak and Volcano, both, coincidentally, released in 1997. In the former, Pierce Brosnan plays a volcanologist who has days to convince the inhabitants of a small US town that their charming neighbourhood volcano is about to blow. The latter stars Tommy Lee Jones as an "emergency management director", whose department is thrown into chaos when a volcano pops up in the middle of LA. Both are heavy on the pre-CGI pyrotechnics, but Dante's Peak edges it for a disturbing scene in which Brosnan attempts to cross a lake of acid in a very thin boat.

Susan Sontag's 1992 novel The Volcano Lover takes the more considered approach. The narrative centres on William Hamilton, English ambassador to Naples in the 1700s, and part of one of the most notorious love triangles in history: his wife Emma became Nelson's mistress. The presence of Vesuvius, to which Hamilton dedicates years of study, becomes a metaphor for his frustrated desires. So take note, Grimsvötn in Iceland – you're nothing until you're a metaphor.

The latest reason to hate insurance companies comes in the shape of travel insurer Europ Assistance. It is challenging a Financial Ombudsman Service (FOS) ruling that travel insurers should have paid out over the Iceland volcanic ash cloud. This will delay payouts to 300 claimants. Other insurers may also halt payouts to await the result.

The most recent challenge to the ombudsman came from the disgraced banks over the misselling of payment protection insurance (PPI). The banks lost on that one.

Several businesses or individual start these sorts of proceedings to try to put pressure on the Ombudsman. Only a handful go to court despite the FOS settling 165,000 cases last year. The Ombudsman normally wins the appeals.

The ombudsman has written to Europ Assistance customers who had their claims turned down, damning the insurer.

"Although the majority of insurers either resolved these claims themselves – or accepted the ombudsman's ruling – I am sorry to tell you that Europ Assistance did not do so. It has decided to challenge the decision through the High Court by way of a judicial review.

"I very much regret that Europ Assistance has decided to take this unusual step which will inevitably cause further delay. The ombudsman will be defending this legal action. But this can only add to the inconvenience that this matter has already caused."

Many insurers behaved badly when the ash cloud first erupted. Many said it was an exception and not covered. But the public outcry convinced most they should reverse their mean decisions and within days they agreed to pay out. The worst waited for the ombudsman to make clear they should have paid.

But Europ Assistance is in a league of its own. It is owned by, in my opinion, one of the meanest insurers in the world – Italian firm Generali, known by personal injury lawyers as perhaps the most recalcitrant payer in Europe.

15 years ago my wife and I were in a car accident in Spain. It killed our driver and left my wife in hospital with a head injury for months (I was lucky to escape with broken limbs). The driver who caused the accident was convicted and his conviction upheld on appeal. His insurer was Generali.

Five years later – yes five years – Generali finally made an offer to settle. It was a laughable sum compared with what it should have been but they said, in plain English, that if we did not accept it they would drag out the claim for another two years.

I would have liked to have fought them but we needed to move on, put behind us the accident and the years of medical treatment and social services care. I also had a £35,000 extra mortgage I had been forced to take out to cover our lost earnings. I had to accept.

It looks to me that the hand of Generali is behind this disgraceful move by Europ Assistance. The Europ Assistance website says: "We provide a human face to insurance". What a joke.

The company has not returned my calls asking for a statement. 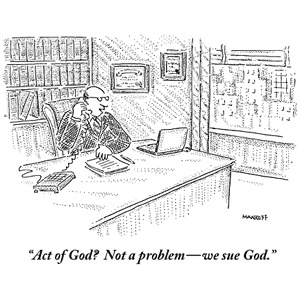 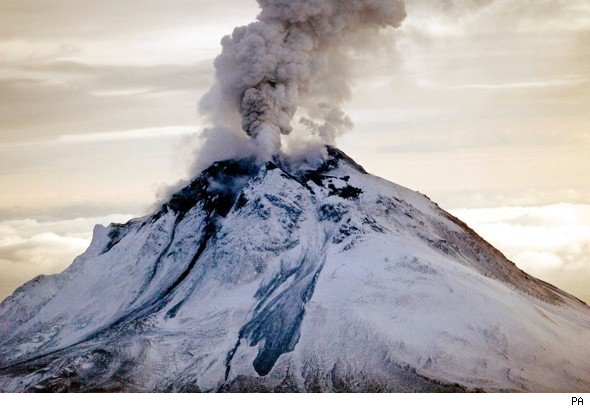 Airlines are preparing for possible travel chaos after scientists have warned a remote Alaskan volcano - directly under US flight paths - could erupt at any time.

According to experts, satellite images of the volcano - which sits on the island of Chuginadak - show it could be about to erupt for the first time in 10 years.

The Alaska Volcano Observatory raised the alert level for the volcano after spotting 'thermal anomalies', and said it could erupt at any moment, spewing ash clouds up to 20,000 feet above sea level with little further warning.

The 5,676 foot-tall Cleveland volcano is located on the uninhabited island of Chuginadak in the Aleutian chain about 940 miles (1,500 km) southwest of Anchorage.

It is under the flight path between North America and Asia used by major airlines.

The town of Nikolski, the nearest settlement to Cleveland Volcano, is 45 miles (72 km) away.

Cleveland last erupted in 2001, and is the most active of Alaska's 90 volcanoes.