Over 120 years after it was condemned as 'vulgar' and 'unclean', an uncensored version of Oscar Wilde's The Picture of Dorian Gray is published by Harvard University Press 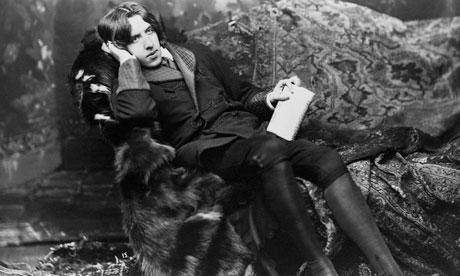 'Objectionable' material cut from Oscar Wilde's The Picture of Dorian Gray has finally been restored in a new uncensored version. Photograph: Corbis

Revised after it was condemned in the British press over 130 years ago as "vulgar", "unclean", "poisonous" and "discreditable", an uncensored version of Oscar Wilde's The Picture of Dorian Gray has finally been published.

Wilde's editor JM Stoddart had already deleted a host of "objectionable" text from the novel before it made its first appearance in Lippincott's Monthly Magazine in June 1890, cutting out material which made more explicit the homoerotic nature of artist Basil Hallward's feelings for Dorian Gray and which accentuated elements of homosexuality in Gray himself.

Deciding that the novel as it stood contained "a number of things which an innocent woman would make an exception to", and assuring his employer Craige Lippincott that he would make the book "acceptable to the most fastidious taste", Stoddart also removed references to Gray's female lovers as his "mistresses". He went on to cut "many passages that smacked of decadence more generally," said Nicholas Frankel, editor of the new edition, for Harvard University Press.

The public outcry which followed the novel's appearance – "it is a tale spawned from the leprous literature of the French Decadents – a poisonous book, the atmosphere of which is heavy with the mephitic odours of moral and spiritual putrefaction," wrote the Daily Chronicle – forced Wilde to revise the novel still further before it appeared in book form in 1891.

"It is quite true I have worshipped you with far more romance of feeling than a man should ever give to a friend. Somehow I have never loved a woman," Hallward tells Dorian, in one passage which was changed. The censored version read: "From the moment I met you, your personality had the most extraordinary influence over me".

Frankel, associate professor of English at Virginia Commonwealth University said "the time is ripe for the publication of Wilde's novel in its uncensored form … It is the version of the novel that Wilde, I believe, would want us to be reading in the 21st century … I'm bringing it out of the closet a little more."

Harvard University Press said the differences between Wilde's original text and the published version of the novel "have until now been evident to only the handful of scholars who have examined Wilde's typescript".

Among other restored passages, Hallward describes the feelings which had driven his portrait of Gray. "There was love in every line, and in every touch there was passion". Another restored line describes Gray walking the street at night; "A man with curious eyes had suddenly peered into his face, and then dogged him with stealthy footsteps, passing and repassing him many times." Gray also reflects on Hallward's feelings for him. "There was something infinitely tragic in a romance that was at once so passionate and sterile".

In another instance, the question; "Is Sybil Vane your mistress ?" was altered to "What are your relations with Sibyl Vane ?" – one of three references to Gray's "mistresses" that were cut by the editor.

But critics and academics in the US have not been universal in their praise of the uncensored version. Reviewing the new edition, author and columnist Brooke Allen wrote on the Barnes and Noble website that "whether the original text is actually 'better' than the book version published in 1891 is a moot point".

"Some of Wilde's original material may have been lost in the latter … but much was gained, too," she wrote. "This annotated version, though a treasure for scholars and for anyone with a serious interest in Wilde, the 1890s, and Aestheticism, should serve as a supplement to the standard text rather than a replacement."