pinhedz wrote:
During an eclipse, you know that the sun, the moon, and the earth are all in a straight line, so the pull of the sun and the pull of the moon will be in the same direction, so the tides will be at their maximum.

That's what happens during a solar eclipse: the moon enters the line between the sun and the earth and does blocks the sunlight regionaly and temporarily.

During a lunar eclipse the earth comes in between the sun and the moon, does preventing sunlight to reach the moon's surface and reflect.
Which means sun and moon are located at opposing sides of the planet and are thus not aligned.

Or at least that's what I thought. 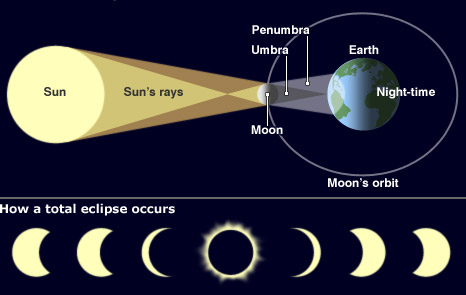 Sun + moon same side of the earth

Sun & moon at different sides of the earth

pinhedz wrote:We need the explanation of neap tides and spring tides that was on page 2.