Incognito: The Secret Lives of the Brain by David Eagleman – review 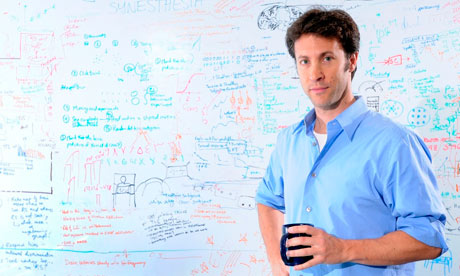 David Eagleman: 'better at translating his knowledge into fiction than explaining it as fact'.

David Eagleman's previous book, Sum: Forty Tales from the Afterlives, was a delightful collection of short fables, each offering a wish-fulfillment image of life after death in which the wish turns out to contain its own perverse consequences. The fable principle was grounded in a nicely ironic psychology, subtly underpinned by Eagleman's own profession, neuroscience. Using fiction, Eagleman found a neat way of revealing how the mind cannot escape the contradictions of its underlying construction.

Incognito: The Secret Lives of The Brain by David Eagleman

With this new book, Eagleman dispenses with fiction. This is a straight account of his own neuroscientific beliefs. Belief is the appropriate term, because Incognito isn't precisely an examination of neuroanatomy or neurological case histories; nor is it an exploration of the philosophical struggle involved in explaining the relationship between brain and mind. It is, rather, a breathless account of possible implications opened up by the rise of neuroscience as a way of looking at the world.

What are these implications? First, the process of learning more about the brain has changed our idea of what it means to be human. Man's sense of self has been rocked by key scientific revolutions in our understanding of the universe: the discovery that earth was not its centre, that time is deep not shallow, that humans were not God-created but a product of evolution. Brain science, Eagleman believes, provides the final frontier in our understanding of our own littleness and contingency: the realisation that consciousness is not the centre of the mind but a limited and ambivalent function in a vast cosmological circuitry of non-conscious neurological functions. Hence, most of our mental operations occur "incognito".

We should not worry about all this "decentering", Eagleman concludes, because science shows us that brain and mind and life are even more wondrous and exciting than we thought.

This interpretation of modern intellectual development is ahistorical and incorrect. As an enthusiast of Freudian models of the unconscious, it should be perfectly apparent to Eagleman that the decentering of the conscious mind took place long before the rise of contemporary neuroscience. We haven't needed fMRI scans, or software metaphors of brain circuitry, to tell us that we are subject to non-conscious drives that override our limited rational faculties. We got that much not only from Freud but from romantic poetry and 19th-century Russian novels.

Nor have we needed the finer developments of functional neuroanatomy to tell us that brain damage causes changes in behaviour, thus undermining simplistic notions of free will or criminal culpability. Eagleman canters through various well-known neurological cases, none original to this book, in which criminal acts or radical changes in personality have been shown to be the result of brain damage or disease. Appearing not to notice the glaring chronological anomaly, he cites the case of Phineas Gage, the American railroad foreman whose brain was violently punctured by an iron rod. Amazingly, Gage survived and could still function. But he was so drastically altered as a personality that colleagues could scarcely recognise him. The basic elements of the mind-brain problem have been chewed over in this case ever since it occurred – in 1848.

This book belongs to a popular trend of neuro-hubris – wildly overstating the ramifications of a science that is still in its infancy. The true fascination of neuroscience lies not in bombastic philosophical claims but in the fine detail of brain function, illustrations of the mind-brain problem, and the human interest of case histories. There isn't even that much actual neuroscience in Incognito. Its illustrations are drawn just as much from the annals of evolutionary psychology, behavioural economics and more traditional forms of psychology.

The contrast with Sum could not be more vivid. Eagleman is the rarest kind of science writer: better at translating his knowledge into fiction than explaining it as fact.

The Brain is Wider Than the Sky by Bryan Appleyard – review

Are we wrong to compare our brains to our technology? 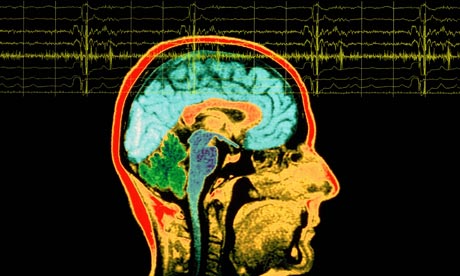 In 1610 Italian astronomer Galileo Galilei published Starry Messenger, a book of telescopic observations of the night sky, and opened the heavens to busy and ambitious imaginations. Johannes Kepler imagined a manned voyage to the moon in The Dream (1634). Galileo gave us much to look forward to. But the world never turns out to be what we expected.

The Brain is Wider Than the Sky: Why Simple Solutions Don't Work in a Complex World
by Bryan Appleyard

Award-winning feature writer Bryan Appleyard reckons today's neuroscientists are like Galileo. The images they pull from their fMRI scanners, tracing blood-flow in the living brain, are the equivalent of Galileo's drawings of moon mountains. They are magnificent achievements – but they are the beginning of the story, not its end.

The Brain is Wider Than the Sky is not about the sciences of the mind. It's about how ideas from those sciences are playing out in the culture at large. Appleyard is scientifically literate, rigorous and intelligent. He is also very good at tracing that perilously faint line where the science of consciousness leaves off and the moonshine begins. Not all moonshine is bad for us. Kepler's Dream was and is a delight. But a culture cannot live on moonshine alone, and Appleyard reckons we're consuming more of it than is good for us.

The human brain is the most complex object we know. To describe it, thinkers and writers quite understandably reach for the most complicated thing they can imagine. Four centuries ago the brain was considered a particularly fiendish plumbing problem; later it turned into a steam engine; then a telegraph office. Now it's "like the internet". The brain is no more a computer network than it is a heating system. Proper neuroscientists know this. The baseless assumption that the brain is some sort of meat computer has combined oddly with the IT revolution, giving many otherwise rational people the idea that our computers will someday soon acquire consciousness. If mere computational power were enough, of course, then any complex system would be conscious. The weather would be conscious. The oceans would think as they turned.

A new and powerful religion holds sway: a belief in the wisdom of the digital collective. To be saved, we must plug in. Plugging in leads, inevitably, to disenchantment. As humourist Alice Kahn has it: "For a list of all the ways technology has failed to improve the quality of life, please press three." Call trees are the least of it. Appleyard gives a voice to the victims, from the tearful teenager drowning in the flood of his own social media, to Cheryl Cole, whose every action is so thoroughly mediated and syndicated, she spends her life patiently explaining to journalists that she is actually a human being.

Appleyard is not alone, but, philosophically, this book is not quite on the same level as last year's You Are Not a Gadget, a work of staggering apostasy by one of cyberspace's founding fathers, Jaron Lanier. A couple of things make Appleyard's work a valuable companion to the debate, rather than a latecomer to the party. First, his breadth of reference. He's interviewed actors in his time, and celebrities, as well as geeks and gurus and scientists, and he treats all his subjects with a critical sympathy that looks easy but takes a career to acquire.

Second, he manages to distinguish between the work of individual scientists and the broader philosophical questions science raises. An early highlight is a vivid, concise, down-to-earth description of the workings of an fMRI scanner – a machine that can create maps of the functioning brain. Not many pages later, Appleyard turns philosopher, and offers an excellent explanation of what reductionism is, and why a science that simply anatomises phenomena into smaller and smaller parts misses a vast portion of scientifically explorable reality.

Poor thinking around digital technology is certainly damaging what is human in us, but not completely, and not for ever. Appleyard has a refreshing belief in a culture's ability to laugh off its absurdities, eventually. He reminds us of one of the finer jokes in US sitcom Friends. Chandler shows off his new laptop, crowing about its staggering speed, immense processing power and gigantic memory. When asked what he's going to do with it, he sheepishly admits that he might play a few games.

If only we were less gullible, this excellent joke would have lost its currency years ago, and this book need not have been written. As it is, Appleyard's meditation is essential reading. We're all Chandler now. And the joke – that a holy Father-figure may be lurking somewhere in the iCloud – is wearing very thin indeed.