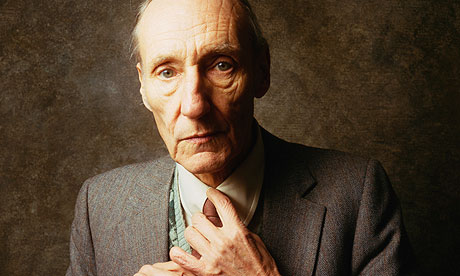 William Burroughs was acclaimed by Jack Kerouac as the "greatest satirical writer since Jonathan Swift", but a Turkish publisher is currently facing obscenity charges for releasing an edition of his novel, The Soft Machine.

A winner of the International Publishers Association's Freedom to Publish prize, Irfan Sanci has previously been sued under Article 226 of the Turkish penal code, for publishing books including Guillaume Apollinaire's Adventures of the Young Don Juan, but was acquitted in December. He and his translator are now facing further obscenity charges for publishing 2,500 copies of a Turkish edition of the Burroughs novel in January, which could mean a jail sentence of up to nine years.

Released two years after his best-known work Naked Lunch – which saw Burroughs himself prosecuted on grounds of obscenity in the US in 1962 – The Soft Machine is the first book in the Beat writer's surreal "cut-up trilogy". Featuring scenes of drug addiction and homosexuality, The Soft Machine develops "attitudes that were permissive to crime by concentrating on the banal, vulgar and weak attributes of humanity", according to a report by the Turkish Prime Ministerial Board for the Protection of Children from Harmful Publications, quoted in Turkish paper Hurriyet.

The Council also accused the novel of "incompliance with moral norms" and "hurting people's moral feelings".

"Of course we are fighting it [and] we will win," said Sanci's daughter Bilge Sanci, executive editor at his publishing house Sel Yayincilik. "This book is a symbol of an author of the Beat generation."

"Turkish readers have the right to read books the rest of the world can read," she added. "And we haven't had any complaints from readers. The state's argument is about 'Turkish moral codes' but we are asking 'how can the state can dictate a person's morality?'"

A statement prepared by Sel said that it is "meaningless to expect William S Burroughs, who was not raised in accordance with the National Education Law, or as an individual who 'identifies with the national, moral, humanitarian, material and spiritual cultural values of Turkish society, and who always tries to exalt his family, country and nation,' to have produced a text within this framework".

"It is clear and obvious that this case carries no weight or respectability outside of the borders of our country," said Sel. "We demand an end to investigations that constrain our activities and the prosecution of books for any reason whatsoever."

IPA Freedom to Publish Committee chair Bjørn Smith-Simonsen called the prosecution "undemocratic, anachronistic and unworthy of a modern and open society ... Sanci is being harassed for doing his publisher's job. At a time when freedom to publish conditions deteriorate again in Turkey, it is urgent to stop these practices and to leave Irfan Sanci alone."