Footage from the the June 4, 1976 gig at the Lesser Free Trade Hall (almost exactly 10 years after Bob's incendiary appearance at it's big brother's place). This was the gig that launched punk in the North, and led to the Buzzcocks, Joy Division and Television forming:

I have a rarely-expressed 'thing' about the Pistols, and truly believe that Anarchy in the UK is to the 70's as That's Alright Mama was to the 50's, and the birth of rock n' roll.

And here's the fabulous December 1, 1976 live interview on the Thames Television Today show that hurled Bill Grundy into TV's graveyard, and the Pistols into everlasting national fame and notoriety:

precinct14 wrote:And here's the fabulous December 1, 1976 live interview on the Thames Television Today show that hurled Bill Grundy into TV's graveyard, and the Pistols into everlasting national fame and notoriety:

Ok, so now here's the July 1976 TV debut of the Pistols, also debuting Anarchy in the UK, on So It Goes, Granada TV's late night weekly rock show, presented by the late, great Tony Wilson, a lad I played footie with. Remember, this is when the Eagles were in their pomp. Oh dear:

precinct14 wrote:I have a rarely-expressed 'thing' about the Pistols, and truly believe that Anarchy in the UK is to the 70's as That's Alright Mama was to the 50's, and the birth of rock n' roll.

I feel the same.

Julien Temple, the director of 'The Great Rock N Roll Swindle' and 'The Filthy and Fury', apparently has full footage of the two Huddlesfield gigs that the Pistols performed on Christmas day '77. These were to be their last performances in the UK and I think I'm right in saying that one of the gigs was for the children of striking firemen. Would be interesting to see. He also has full footage of the infamous boat trip gig which resulted in McLaren, Westwood, and that hippy Branson's arrest.

Rotten luck for Johnny as house burns down 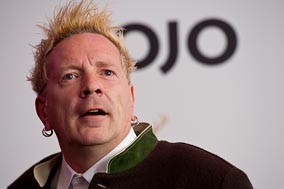 Punk legend John Lydon is facing a sizeable bill after a dodgy tumble dryer caused his London home to burn down.

The former Sex Pistols frontman was performing in Italy when the Hammersmith house went up in smoke and, unfortunately for Johnny, the property was not insured.

Lydon explained at the MOJO Awards on Thursday night: "Welcome to Rotten World. My wife rang me up just before we were going on stage.

"She said 'Oh John, I don't want to disturb you. The house has burnt down'."

Still, the 55-year-old remains philosophical about the incident and joked: "Of all things it was a spin dryer, can you imagine Johnny Rotten's trousers being cleaned and dried?

"Well guess what - first time I try to get clean the house goes up in flames."

Despite the lack of insurance and the loss of his latest musical material, John insisted that hearing his wife was unharmed was "the best news I've ever had in my whole life".

Lydon was also scheduled to be in on Pan Am Flight 103, which as we all know ended up crashing resulting in over 200 people dying. His misses took ages packing, hence they missed the flight. At least that is how I remember hearing it. 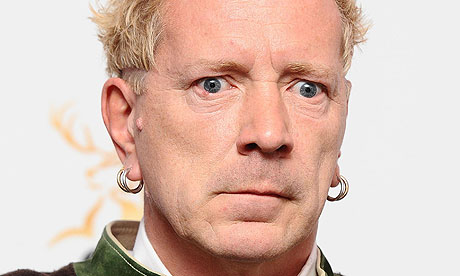 The Olympics organisers wanted to censor the Sex Pistols, John Lydon has claimed in explanation of the band's decision to snub the closing ceremony on 12 August.

"Censorship mattered more than the content of the Pistols," Lydon told Billboard. "If you're going to be celebrating what is great about Britain, the honesty of the Sex Pistols is one of those things. If you censor the words of any one song, you're killing the honesty and I couldn't tolerate that. We didn't want nothing to do with them."

According to an earlier article in NME, the London organising comittee wanted the Pistols to perform Pretty Vacant alongside "Naomi Campbell in a Vivienne Westwood dress" and "Madness doing Baggy Trousers". Organisers were apparently specific about the pronunciation of the word "vacant". "Just 'pretty' and the word 'censored,'" Lydon told NME.

"I think the world has become more conservative now than it was back [in the 70s]," he told Billboard. "All the things we fought so hard against are slowly creeping back in. If you're going to put a negative on a word, then you're denying the human race the very thing we're most proud of. Our greatest sense of achievement as a species is our language."

Lydon is preparing for the release of This Is Pil, Public Image Ltd's first new album in 20 years, which is due on 28 May.

While John Lydon's Country Life ads may have boggled the minds of old punks, the revenue from these, and PiL's reunion tours, have made this bristling DIY album possible. Further punk-rock points are awarded for being an awkward listen that veers from the ridiculous – Lollipop Opera's oompah-rap – to the unexpectedly sublime. Fool, for one, could pass for a soul tune. Lydon's voice is never just any grumpy old man's. Throughout, he aspires to dub's cosmic poetics. And he never, ever runs out of things to say, about postwar Finsbury Park, "edyoucay-SHUN!" and "the ferocious seas" of his mind.