Bob Dylan didn't write it BUT he sure did sing it !

SLAM: Why did you change your name to World B. Free?

WBF: First of all, no one called me Lloyd from the day I was tagged “World” by this dude Herb Smith, who gave everyone in Brownsville names. It was due to my penchant for doing 360-degree slam dunks on people’s heads. In a game against a team from Bed-Stuy, I was on a fast break with a 6-8 guy in front of me. We both jumped, and I was fixing to do a freaky move on him, and I felt myself going, going, and I went all the way around him and dunked. Herb started screaming, “World! World! You are all world, Lloyd!” And that became my name, but when I changed it officially I was making a statement. I’m sort of a deep, political dude and I really did want the world to be free and for people to think about that every time they said my name. 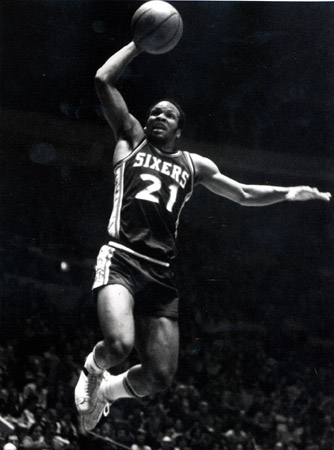