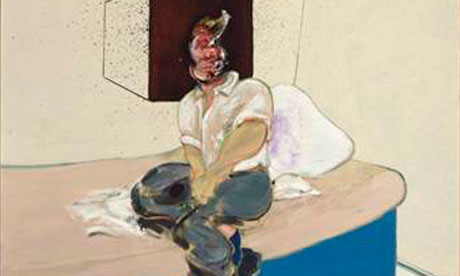 A detail from Francis Bacon's Study for Self-Portrait (1964), which has an auction estimate of £20m.

The head may unquestionably be Francis Bacon in this 1964 self-portrait but the body has never looked right. That is because from the neck down, it revealed, it is Lucian Freud.

Experts at the auction house Christie's made the discovery about Study for Self-portrait ahead of its planned sale in next month's London sales of postwar and contemporary art.

After studying John Deakin photographs of Bacon and Freud, Christie's concluded that the body in the work must be Bacon's friend Freud.

It is "an exciting new discovery", said Francis Outred, head of post-war and contemporary art at Christie's, and the only self-portrait of its kind. "It is a rare painting from the height of Bacon and Freud's relationship, paying tribute to the creative and emotional proximity both felt for a time."

The painting, described by Christie's as "poignant and exceptionally intimate", is estimated at £20m. It is one of only 12 floor-length self-portraits by Bacon, four of which are in museum collections including the National Museum of Wales, the Modern at Fort Worth in Texas, the Hirshhorn in Washington, and the Van der Heydt museum in Wuppertal.

Bacon and Freud were close though competitive friends, having first met in 1945 through another major British artist, Graham Sutherland. Outred said: "Part of the same artistic circle, the artists deeply impacted one another, both in terms of personality and practice."

The theme of artistic friendship is also explored in another work at the same sale: Freud's Head of a Greek Man which commemorates his travels to the Greek island of Poros with the artist John Craxton at the end of the second world war.

It was exhibited in a joint show of the artists' work in 1947 and acquired by Craxton, owned by his heirs until now. Christie's have an estimate of £1.5m-£2m on the work.

The new discovery Bacon and the early Freud will be sold by Christie's in London on 27 June.

I'm fascinated and disturbed by the startling resemblance between Tory Mayor of London Boris Johnson and the figure in the central panel of Francis Bacon's triptych "Study for Three Figures at the Base of a Crucifixion":

eddie wrote:I'm fascinated and disturbed by the startling resemblance between Tory Mayor of London Boris Johnson and the figure in the central panel of Francis Bacon's triptych "Study for Three Figures at the Base of a Crucifixion":

By way of comparison: 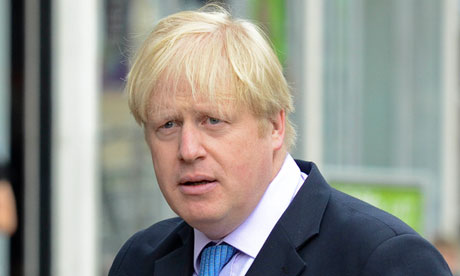 The figure in the right-hand panel looks rather like the Rev Ian Paisley: 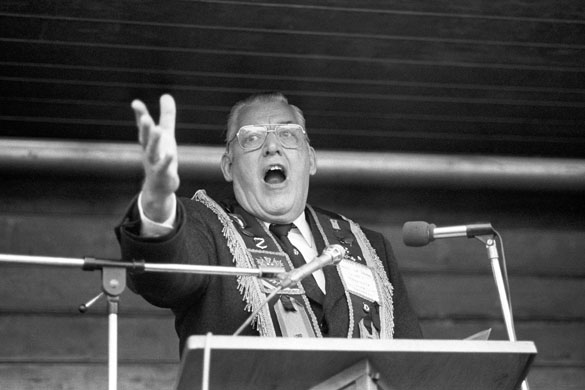 And, alarmingly, the left-hand panel speaks to me of former Pink Floyd front man and 1960s acid casualty Syd Barrett: