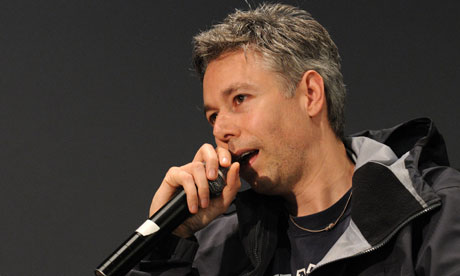 Rapper Adam Yauch, a third of the trailblazing hip-hop act the Beastie Boys, has died aged 47.

Yauch, who performed as MCA, had been in treatment for cancer since 2009 after discovering a tumor in his parotid gland.

The band's management posted a lengthy statement on the Beastie Boys website:

It is with great sadness that we confirm that musician, rapper, activist and director Adam "MCA" Yauch, founding member of Beastie Boys and also of the Milarepa Foundation that produced the Tibetan Freedom Concert benefits, and film production and distribution company Oscilloscope Laboratories, passed away in his native New York City this morning after a near-three-year battle with cancer.

Initially dismissed as a trio of jokers who scored a fluke novelty hit with Fight for Your Right (To Party) on their 1986 debut License to Ill, the Beastie Boys would grow into one of the most ambitious and influential acts of the 1990s.

The densely layered followup to their jokey and spare debut was 1989's Paul's Boutique, a postmodern hip-hop masterpiece that was largely ignored at its release. Today the Dust Brothers-produced record is considered a seminal album that would hint at the genre-bending direction 1990s pop was heading.

Subsequent records Check Your Head and Ill Communication found an instant foothold in the mainstream, however, propelling the band to stratospheric stardom.

Their lyrics were packed with goofy couplets, in-jokes and pop-culture references. And each of the Beasties cultivated distinct personas and vocal deliveries that meshed well together and could stand alone.

Yauch's voice was mellow, gravelly and gruff – sandpaper and warm beer – allowing him to play both the shady drifter (Paul Revere) and loveable buddy ("My man MCA's got a beard like a billy goat").

The Brooklyn-born Yauch co-founded the Beastie Boys in 1981, originally as a punk rock outfit with Mike "Mike D" Diamond, drummer Kate Schellenbach and guitarist John Berry in 1981. The group got its start playing underground clubs around New York and released an EP later that year.

Schellenbach and Berry would leave the band, though and Adam "Ad-Rock" Horowitz, a third middle-class Jewish kid from New York, came on board.

After eschewing punk for an exaggerated fratty b-boy posture, the trio would go on to become the unlikely first white rap group to achieve massive mainstream success – to the initial chagrin of hip-hop purists.

After poorly received tours opening for Madonna and Run DMC, the band released Licensed to Ill in 1986, which struck a surprise chord: the Rick Rubin-produced album was fastest-selling debut in Columbia Records' history, selling more than 750,000 copies in its first six weeks.

The Beastie Boys were inducted into the Rock and Roll Hall of Fame in April, but Yauch was unable to attend due to his health. His cancer treatments also delayed the release of the group's most recent album, Hot Sauce Committee, Pt. 2.

In addition to his career in music, Yauch was a film-maker and passionate Buddhist and defender of Tibetan rights. Yauch directed many of the band's music videos under the name Nathanial Hörnblowér, including So What'cha Want, Intergalactic and the more recent Make Some Noise.

Yauch, who is survived by his wife, Dechen Wengdu, and their daughter, Losel, wrote a letter to his bandmates and fans for last month's hall of fame induction: "I'd like to dedicate this to my brothers Adam and Mike," he wrote. "They walked the globe with me. It's also for anyone who has ever been touched by our band. This induction is as much ours as it is yours."

Re: The Beastie Boys

https://www.youtube.com/watch?v=9oM3VMhbxN8
Fight For Your Right to Party- The Beastie Boys