Greatest band of all time (serious)

did you see my note earlier about the bands playing for free outside the gates
they were pissed of about the promoters getting all the cash etc, so some bands set up outside and played for free
hawkwind and the pink fairies.


i wasn't there, i live on the other side of the world,
and i was only 10 at the time

Much enjoyed this very good dvd documentary about the band: 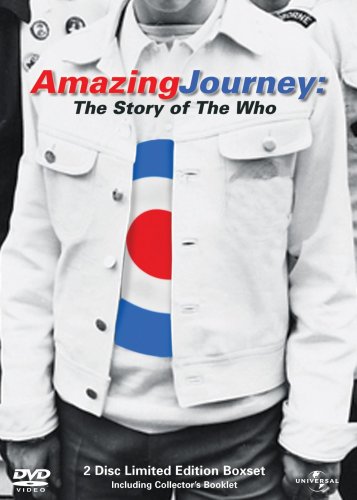 Amazing Journey- The Who.

...a bit too eccentric though 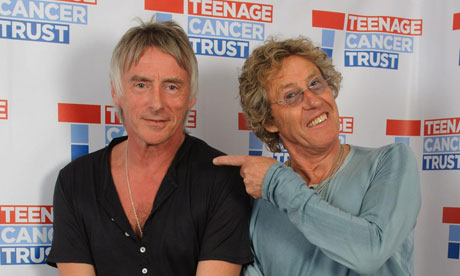 Roger Daltrey could collaborate on a new album with Paul Weller. The two musicians have been in conversation about a record "idea", according to Daltrey, and hope to "come up with something" in the next few months.

"Paul Weller's been talking about an idea that he's been working on, which I'd love him to do," Daltrey said in an interview with the NME. "I've been very bad at finding material and he [has this] idea ... He's always said to me, 'Why don't you sing more?' and I always say, 'Find me some material.' So we'll see if we can come up with something."

Although they have never worked together on an album, Daltrey and Weller are longtime friends. They collaborated on a rendition of Magic Bus at the 2009 Hop Farm festival and again this week, on a shared bill for the Teenage Cancer Trust.

If Daltrey and Weller do go into studio together, the nature of the team-up is anybody's guess. Weller's solo albums have continued to garner acclaim, up to and including this month's Sonik Kicks, but the Modfather tends to do his own singing. Daltrey, meanwhile, hasn't released a solo album in two decades. His last record, 1992's Rocks in the Head, was mostly written with G Tom Mac's Gerard McMahon. It did not crack the charts.

I thought they were really good.

I have tickets to see them in Detroit and Chicago. They are the best ever.