Why English culture is bewitched by magic

From Merlin to Harry Potter, English magic has a long tradition. But what does it say about today's culture? 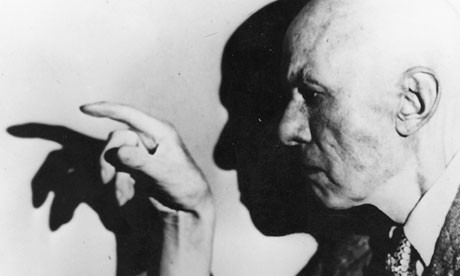 English occultist, bohemian and author Aleister Crowley defined magick as "the science and art of causing change to occur in conformity with will". Crowley's will was aided by the inheritance age 11 of a tidy fortune, and took him on a hedonistic ride through a life of sex, drugs and occult practice. Member of the Order of the Golden Dawn, founder of the mystery religion of Thelema, self declared spiritual master and Magus and, significantly, accomplished chess player, Crowley revelled in his notoriety as "the wickedest man alive". The Great Beast's polyamorous lifestyle would barely contend for such a title in today's more liberal and permissive world, and the philosophy of ordering your world in line with your will is one that seems entirely accepted in our individualist society.

The Book of English Magic by Philip Carr Gomm and Richard Heygate offers a thorough and illuminating history of magic and magicians in England. It reveals a 5,000-year tradition of English magic, stretching from Neolithic shamen and Anglo-Saxon "Wyrd Crafters" to modern Wiccans, New Age spiritualists and Neo-Pagan revivalists. Along the way it catalogues the remarkable interplay of fictional and historical figures who have influenced and shaped the history of English magic. The fictional wizards from Merlin to Harry Potter who have shaped our perceptions of magic. John Dee, mathematician, astrologer, occultist and consultant to Queen Elizabeth I, who like Crowley and other "practicing magicians" crafted a powerful fiction around the cult of their charismatic personality. And the writers and artists who have drawn on magic as inspiration for their creations or even, like WB Yeats, have been drawn in to the world of the occult.

Reading this secret history, ensconced in Topping & Company bookshop of Bath, the kind of independent bookseller that will gladly bring an idle browser a cup of tea as he muses on the nature of magic, and a location that could easily have been pulled from the pages of Susanna Clarke's Jonathan Strange and Mr Norrell, I was struck most by the rich history of magical English stories it catalogues. Also in Topping & Company could be found magical stories by JRR Tolkien, CS Lewis and of course the mighty JK Rowling herself (you don't have to have multiple initials to write magical stories for children, but it helps). Regardless of how you view The Book of English Magic's more eccentric thoughts on the reality of magic, it reminds us that Englishness and the English cultural identity have been intertwined with magicians and magic throughout their history.

No writer today is more associated with Englishness and magic than Neil Gaiman. Aleister Crowley makes a caricature appearance in the very first issue of The Sandman, as the magus Roderick Burgess, whose failed attempt to summon Death herself launched Gaiman's comic series. Throughout his career from The Books of Magic to American Gods and beyond, Gaiman has systematically reinvented the archetypal characters and symbols of magic in his stories. But he has yet to declare himself a practicing wizard, unlike his fellow comic writer Alan Moore, who recently detailed his worship of the snake deity Glycon in an alternative Thought for the Day on Radio 4. Moore's most potent work of magical writing is the From Hell comic series, which outlines a conspiracy theory of royal involvement in the Jack the Ripper murders, around which Moore explicates his complex ideas on the magical nature of reality, tackling masonic rituals and the architecture of Nicholas Hawksmoor along the way. And the pulp aesthetic of comics has also been a launching pad for one of magic's greatest advocates, Scottish writer Grant Morrison who in series such as The Invisibles and The Filth has created a complex philosophy synthesising magic and post-modernism, along the way penning the now iconic essay on Pop Magic.

Magic seems to live at the heart of English identity, as much today as millennia ago if the hordes reading Harry Potter are any indication. But even if we assume, as most rational Guardian-reading folk no doubt will, that magic is nothing but hokum, poppycock and superstition, it's interesting to ask why it has such a profound hold over our popular imagination. Perhaps Crowley, magus and chess master, provides a possible answer. As any good player knows, the strategies of chess are as relevant in the real world as on the playing board, and many a politician has studied that game to understand the larger games of politics and power.

Perhaps magic is another kind of game, where the symbols and theatricality of the occult mask metaphors for power to help us understand the "science and art of causing change to occur in conformity with will". No wonder we English, living with the lingering ghosts of Empire, an unreformed class system, and the complexities of a post-industrial economy, find such fascination in it

ah no wait, you do that with everything

I think you should explain first about rabbits and hats, I'm dying to know

edit: note "rabbits and hats" contained differently in the reply is a parody for pinz' will for control of what he doesn't control (not talking about magic here really)

no no no the edit was to explain I wasn't misunderstanding that part
but it's ok . . . magic oh oh

Similar topics
» Do you believe in magic?