This much I know: Jeremy Northam

The actor, 50, on the government, Hollywood, and skylarks 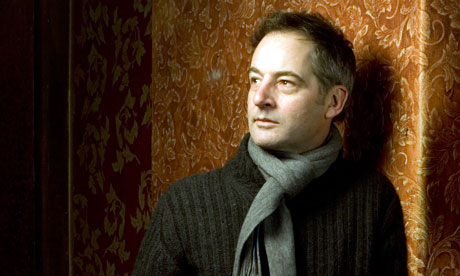 "People probably think I'm a toff, a public schoolboy and a Conservative voter. None of which I am": actor Jeremy Northam. Photograph: Richard Saker for the Observer

Because of the parts I've played – Mr Knightley in Emma, Ivor Novello in Gosford Park – people probably think I'm a toff, a public schoolboy and a Conservative voter. None of which I am.

My dad was an academic and the things that were valued in our household were conversation, sharing, books, music. We didn't have money and my folks had to be cautious people, so there was a sense of sharing and fairness among the family. It was a very warm upbringing.

I don't know much about that world of the aristocrat. But the business is what the business is and if you do something well you're liable to be hired for the same thing next time. Part of turning 50 for me is going, fine, if you want to put me in a dinner jacket I might as well go with it.

I once played two Sir Roberts back to back. We even filmed on the same location. I had to pinch myself and think, "This is ridiculous."

My mother died while I was doing a play. Five years later I finally agreed to do another play and while I was doing that my father died. People say it's a good thing to keep busy at those times, but going on stage and being out of control every night wasn't good for me.

I feel less wise as I get older. There are uncertainties you have to deal with both in yourself and your understanding of the world and hopefully you get a bit more accepting of them.

You go to Hollywood in full knowledge of what it will be. America afforded me the chance to play Dean Martin, to be in a thriller or a sci-fi. But it's a daunting place, a hard place. I was happy to work there, but I never felt at home.

Robert Altman was very dear. He also had an odd way of filming. He likes to appear to be busking it. You were never quite sure, on the set of Gosford Park, whether you were on camera or not…

My favourite experience in the States was making a film called Happy, Texas. It had a tiny budget but a great spirit, and it was a very sweethearted film. Sadly when it finally came out it rather disappeared.

I have a strong pessimistic streak and it's particularly strong at the moment, because we're living through a retrograde time.

Genuinely happy families with involved and bright kids… that's what makes me optimistic. But I'm too old to be a parent now. I think I was too old at 40.

I find people's ease with the current administration extraordinary. We are not "all in this together", we are sitting around glued to Downton Abbey.

Don't take it all so seriously. That's the best piece of advice I've ever been given. But it doesn't necessarily mean it was heeded or put into practice. It's probably something I need to be told quite a lot.

I get very low when the skylarks disappear. But when they return it makes my heart lift.