Billy Bob Thornton: 'People in the US have the wrong idea about the English'

Billy Bob Thornton thinks there's a strong affinity between the American south and the English. Which explains why three Brits turn up unexpectedly in his latest film, Jayne Mansfield's Car 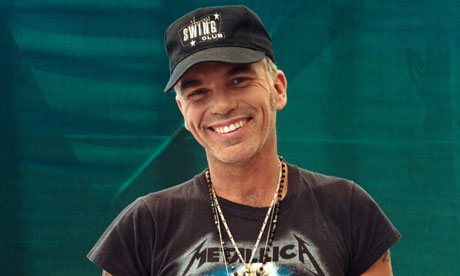 Billy Bob Thornton: 'I love British people. I always have. Fact of the matter is, my people came from you guys.' Photograph: Gabriella Meros/Focus/Eyevine

Billy Bob Thornton fixes me with a laser-eye stare, and briefly bares a mouthful of teeth in his southern-genteel grin. "I love British people," he says. "I always have. Fact of the matter is, my people came from you guys. The south was settled by the English, Scotch and Irish. You get into Minnesota and Wisconsin, that's German and Swedes, but our area is predominantly from the British Isles."

Overlooking the fact that few use "Scotch" any more, and that many Irish people would object to being lumped in with the British Isles, you get his drift: from Arkansas, where Thornton grew up, it probably all looks pretty similar. But it also explains the oddest aspect of his new film, Jayne Mansfield's Car: after 20 minutes or so of blood-heat, southern-gothic drama, up pop John Hurt, Ray Stevenson and Frances O'Connor as a family of plummy-voiced types all the way from England. Thornton, who co-wrote the film as well as directed it, makes great play out of the culture clash between these three and his Alabama-residing clan (which number Robert Duvall, Kevin Bacon, Robert Patrick and Thornton himself).

Thornton expands the theme. "There's a real kinship. Let's say you go to Atlanta. They have the British thing, it's a proper southern culture, the old south money. The accent isn't even that different, if you really listen. Here's an analogy: I'm on my best behaviour with a proper English gentleman, we're talking and we're respectful to each other. Then we have a few beers and, basically, we're the same guy.

"People in the US have a wrong idea about the English. They think they're so uptight – but the Bafta awards last night were so loose."

You may or may not buy Thornton's basic premise of brotherhood between the old south and the old world, but that last remark reminds you that this soft-voiced, rail-thin man operates in the highest echelons of film-industry celebrityhood. Today Thornton is presenting the world premiere of his very American art movie at the Berlin film festival, but yesterday he was yukking it up on stage in London, being flattered by Stephen Fry and presenting Hurt with his Bafta lifetime achievement award.

It's hard to ignore the fact that, despite all his achievements as an Oscar-winning writer-director, and frosty-cool acting roles in films as varied as Bad Santa, Primary Colors and Pushing Tin, a large portion of his celebrity derives from the fact that he is also the former husband of Angelina Jolie, and one half of a very public relationship that fed gossip magazines for years. Their breakup may be a decade behind him (they divorced in 2003), but Thornton knows the relationship's grip on public consciousness will take a long time to fade. It explains the jostling, yelling battalion of photographers that greeted him and his cast at the press conference after the premiere screening of Jayne Mansfield's Car, as well as the world-weary good humour with which, after the inevitable Jolie mention, he told his interlocutors: "Any time you're in a high-profile relationship, you know that question is going to come up for ever."

He is also in public confessional mode. "Angelina is a wonderful woman," he says. "I'll love her to the end of my life, and she will me. As friends." But he dwells longest on his "violent Irishman" father, who died when Thornton was 18. "There was abuse, both verbally and physically … he was a very intense guy who I don't think I ever had a conversation with." Consequently, he says, he's always wanted "the approval and acceptance of older men". In practical terms, this tends to mean Robert Duvall, whom he says is his mentor and father figure – Jayne Mansfield's Car is the fifth film they have worked together on. "Every moment I want him to accept me and approve of me."

The truth is that, with or without Jolie, or even Duvall, Thornton occupies a unique place in contemporary film culture. In acting terms, he is the southern-fried weirdo, the odd guy in the corner, the hillbilly savant; someone who has had his talents harnessed by such fringe-aesthetic film-makers as Sam Raimi (A Simple Plan), the Coen brothers (The Man Who Wasn't There) and Jim Jarmusch (Dead Man). His well-documented real-life obsessive-compulsive disorder helped him sustain and channel the suggestion of a man who lives his life to the beat of a different drum, as well as his unconventional relationship with Jolie.

But Thornton also has a number of credits as a writer and director, an aptitude that certainly came in handy when, before he met Jolie, he was struggling to establish himself. As co-writer of the vicious noir One False Move, he created a violent redneck role for himself. His short film Some Folks Call It a Sling Blade was subsequently turned into a feature that he also directed, Sling Blade, which won him an Oscar for best screenplay in 1996. (He cast Duvall as his character's dad.) The script of The Gift was inspired by his mother's own supposed psychic abilities. Jayne Mansfield's Car features another violent, abusive father played by Duvall who, like Thornton's own father, takes his kids to visit the scenes of car crashes. 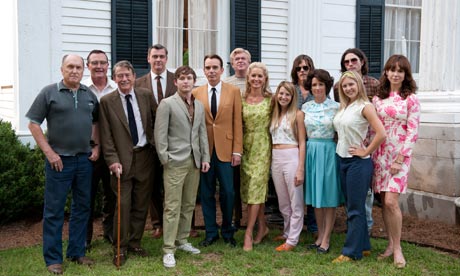 But it is directing that is clearly Thornton's main love, and he hasn't put himself out there for well over a decade. It is not hard to see why: the 2000 film All the Pretty Horses, adapted from the Cormac McCarthy novel, was supposed to be the triumphant followup to Sling Blade, but turned into a creative nightmare when Thornton was forced to cut a third of its running time and dump the original score composed by Daniel Lanois.

He is clearly still hurting from the experience. "I didn't realise how little control you have over what the finished thing is. So if you say: here's an epic movie about the end of the west, and we'll take 42 minutes of essential stuff out so it can be under two hours to get more screenings in theatres. And advertise it as a love story, which it wasn't. And then to take Daniel Lanois' haunting score out of it, because it was too sparse. I was so beaten up over that experience, and so disappointed, that I didn't want to have that happen again until I was in a position that my original vision could be seen by people. I've got that opportunity now."

Thornton also mumbles something about being tied up contractually ("I also owed them another movie"). It was a legal straitjacket that he says he is now free of. Still, no American financier would back his new project – "We said: 'We need this much money, no more, no less.' No one was prepared to give us more than half of that" – and it was only when a Russian producer, Alexander Rodnyansky, stepped in that Jayne Mansfield's Car got the green light.

Thornton has certainly filled his film with top-notch acting talent, and seems to inspire loyalty from his cast – something he attributes to being an actor himself. "I just go over, and say something as an actor to another actor. So they're not so, uh, defensive as they would be with some directors." But, rather oddly, his forthright, thoughtful directorial personality is at odds with his acting one: for all his films' freakish elements, this is a man whose preference is for polished, well-made dramas, with clear emotional through-lines and sobbing catharsis. "I guess it's because I do have all those aspects in my own makeup. You just kind of put the face on you need to put on sometimes. When I'm out there as an actor, people think: there's the wild and crazy guy, with the weird stuff, and you adapt to that person."

Thornton doesn't seem like a wild and crazy guy at all. He is scrupulously polite, even a tad pleading ("movies like this live or die on people like yourself … the audience for our film is reading this column" – though the rights in the UK have not been yet been sold). He appears to have accepted the Hollywood contract ("To keep the rent up I might have to go play the assistant to the president in some thriller") but yearns for a little elevated culture ("I believe in making movies for people to learn from, and get smarter because of them"). Somehow, this sternest of American outlaws has dyed his hair and wants to be the new Tennessee Williams. Maybe it's just me, but it's a bit of a relief. 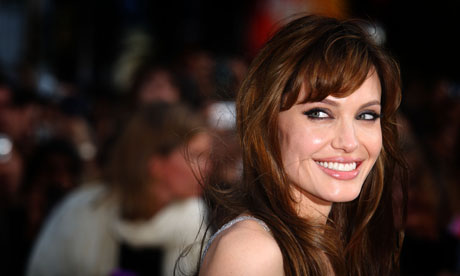 In a further sign that they may have Hollywood's best post-breakup relationship, Angelina Jolie has written the foreword to ex-husband Billy-Bob Thornton's forthcoming book of memoirs, The Billy Bob Tapes: A Cave Full of Ghosts.

Written in conjunction with musician-author Kinky Friedman, The Billy Bob Tapes promises "colorful tales of his modest Southern upbringing, his bizarre phobias, his life, his loves (including his heartbreakingly brief marriage to fellow Oscar winner Angelina Jolie), and, of course, his movie career."

Thornton was married to Jolie between 2000 and 2003 (though they separated in 2002) after meeting on the set of the 1999 film, Pushing Tin. Their relationship quickly became tabloid fodder (including the now-notorious "phials of blood" they wore on necklaces) but their friendship appears to have survived intact.

At the recent Berlin film festival where he was premiering his new film, Jayne Mansfield's Car, Thornton was vocal in his praise for Jolie. "Angelina is a wonderful woman," he says. "I'll love her to the end of my life, and she will me. As friends." Jolie's directorial debut, In the Land of Blood and Honey, premiered at the same festival, and Thorton was unqualified in his admiration: "She did an amazing job."

Thornton also forced to deny that another film project he announced at Berlin, a road movie called And Then We Drove, was inspired by their relationship, despite suggestions by producer Alexander Rodnyansky to the contrary.