A breach of secrecy that will never be repeated 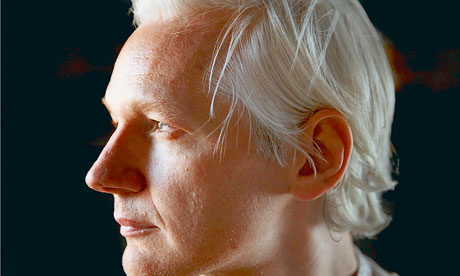 While travelling through Serbia in August 1991, the US secretary of state, James Baker, learned that Gorbachev had been overthrown – not from secret intelligence but from watching CNN. Similarly the first news of the terrorist outrage at Domodedovo airport in Moscow in January this year came to the Kremlin not from intelligence sources but from Twitter. Through technological progress the exclusive rights of the great powers to keep their most sensitive information secret appear to have been summarily withdrawn.

Hillary Clinton's diplomatic pillow talk is no longer privileged information, and her fury knows no limits. The man found to have been the ultimate culprit is kept naked in an American military facility with President Obama's explicit support. The recipient of a quarter of a million classified US documents and the purveyor of these indiscretions, Julian Assange, fears the possibility of extradition to the United States after indictment in Sweden for rape.

US Representative Peter King, once a notoriously firm and open backer of IRA terrorism but now chair of the homeland security committee, wants to designate WikiLeaks "a foreign terrorist organisation". Sarah Palin unthinkingly asserts that Assange has "blood on his hands". She argues that he should be pursued like the Taliban and al-Qaida (ie executed without trial). Yet even the Pentagon admits that there is no evidence that his revelations have resulted in bloodshed.

It is therefore worth asking why Assange has found widespread support for his actions. The prevalent mistrust of government, notably in the United States and Britain, did not appear from nowhere. It arose from the war in Iraq, the elaborate lies told to justify it and the lack of accountability of the Bush and Blair administrations to the broader public, whose soldiers died for the cause and whose purse paid for the venture.

And the US government itself is responsible for the insecure communication system that made release not just possible but inevitable. One wonders whether foreign intelligence services were not already purloining its contents for some time prior to the WikiLeaks revelations and are feeling even more aggrieved at Assange than Washington that the system is now terminated. Ironically it was due to the US government's determination to mobilise cyberspace to enhance security after 9/11 that WikiLeaks was able to expose American diplomacy across the board. If ever there were a good argument that when governments act ambitiously their results often bear no relation to their intentions, this is it.

Two of the three books under review – David Leigh and Luke Harding's WikiLeaks: Inside Julian Assange's War on Secrecy (Guardian Books, £9.99) and Daniel Domscheit-Berg's Inside WikiLeaks: My Time with Julian Assange at the World's Most Dangerous Website (Jonathan Cape, £9.99) – give us a breathless and informative narrative. The third, Micah Sifry's WikiLeaks and the Age of Transparency (Yale, £9.99), focuses instead on the politics from a high moral plane. Sifry's core point is that "If we promote the use of the internet to overturn repressive regimes around the world, then we have to either accept the fact that these same methods may be used against our own regime – or make sure our own policies are beyond reproach."

Domscheit-Berg, in contrast, relates the history of WikiLeaks as a disillusioned former assistant. It is unquestionably enlightening. But accounts of Assange "bumbling" with microphones, not washing his socks and acting the office dictator is what might appear in a nasty divorce case in a legal drama on TV. I am not convinced we need to know all this unless considering future employment at WikiLeaks or, worse still, sharing an apartment with the great man. Leigh and Harding, on the other hand, have no axe to grind and combine an objective history of events with sufficient personal illustration to be convincing.

That said, WikiLeaks might be, as they claim, the "biggest leak in history", but is it really the most important? Seymour Hersh wrote a whole book on Henry Kissinger based entirely on such leakage and Daniel Ellsberg got into hot water for leaking volumes of the Pentagon papers at a time when the war in Vietnam was still in progress. One should not forget Watergate, either.

And what exactly are the consequences of the WikiLeaks? At the present rate of release it will take over two decades to see all the documents. By then they would be released under the normal archival schedule. Second, the documents were at the lowest level of secrecy: confidential, not top secret. One can access confidential documents in some archives up to the very recent past (at the Brazilian Foreign Ministry, for instance).

Third, diplomats continue to write assessments that are indiscreet; otherwise what else would they do? Fourth, since the Americans are so powerful, however much they insult Putin or Berlusconi it will really make no significant difference to the state of relations with Russia or Italy. Far worse has been done in the past with no result. (And it is impossible to embarrass Berlusconi.)

These foreign statesmen themselves know very well that their own services spill the beans about their counterparts. It is a little embarrassing to have dirty linen washed in public, but no more than that. Politicians are, after all, focused on interests, not feelings. Moreover, the White House has as a result of the scandal rolled back on information sharing; so it is no longer possible to access confidential State Department communications via the military network. We are unlikely to see a repetition of these events.

Lastly, the state of trauma evidently suffered by Clinton will ensure less rather than more openness with respect to releasing diplomatic records in future. Her predecessor did not want anything released. Let us hope a more enlightened view will take hold and ultimately prevail.