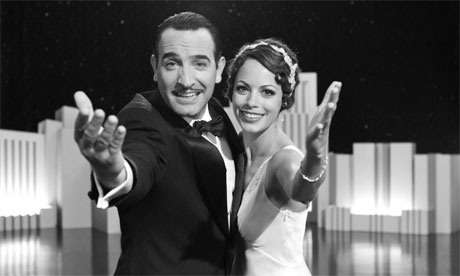 The Artist, starring Jean Dujardin and Berenice Bejo, above, has been nominated for 10 Oscars. Photograph: Allstar/WARNER BROS/Sportsphoto Ltd./Allstar

The surprise success of the silent film The Artist, tipped to make a clean sweep at the Academy awards, has inspired a series of stage and screen projects celebrating the early years of Hollywood.

This wave of nostalgia has prompted not only more silent movies, but plays and films paying homage to the stars of the time. One of the biggest projects is a musical based on the life of Charlie Chaplin, which will open on Broadway this year. It was first staged in California and had mixed reviews, but is being reworked and recast for New York. The script, by Thomas Meehan, who wrote the hit stage productions Hairspray and The Producers, delves into Chaplin's controversial private life while tracing his journey from modest beginnings in London to the heights of Hollywood.

The producers of a film based on the silent era's smouldering romantic lead Rudolph Valentino, star of The Sheik and The Eagle, also hope their movie will make it to the screen soon. Silent Life, an American film made by and starring Vlad Kozlov, a first-time director who has been successfully treated for a speech disorder so debilitating he could barely talk for almost 20 years, is being prepared for release after four years in production. Co-starring Isabella Rossellini as Valentino's wife, it centres on the Italian actor's untimely death at 31 after he slipped into a coma while being treated for peritonitis. Unaware of his fate, he understands his life through a dreamlike silent sequence in which he has fame and glory but the dearest things in his life have been taken from him.

Tim Gray, editor-in-chief of Variety, said it hardly came as a surprise that these silent-era-inspired stage and screen projects were now emerging. "When a surprise success story like The Artist comes along, you are always going to get imitators – it's natural. Having said that, I do think The Artist is a one-off. The reason The Artist is a hit is not because it's silent, it's because it's so clever and unusual. I'd be stunned if a large number of silent films popped up."

He argues that while The Artist has spawned nostalgia for the period, if these projects are successful it will be because they tell a more personal story. "Perhaps the biggest trend in film-making now is biographies. People always want to make them and audiences always want to see them. Over the last few years we've seen people competing to make stories based on famous people's lives – there were two Truman Capote movies in competition and three Janis Joplin films that never got made over the last few years.

To date, there has only been one film based on Chaplin's life, the 1992 drama Chaplin, directed by Richard Attenborough and starring Robert Downey Jr. It received great acclaim, with Downey picking up a Bafta award and an Oscar nomination for best actor, but critics deemed Chaplin's life too vast to be immortalised in film. Enjoying a career as an actor, producer, director and composer that spanned more than 75 years, Chaplin lived until the age of 88 and had a colourful personal life that saw him dating actresses as young as 15, embarking on several marriages and affairs and producing 12 children.

Other stars from the era whose lives could be retold in film include Greta Garbo, Buster Keaton and Harold Lloyd. But Gray argues that the moment will be fleeting.

"I don't think you're ever going to see a complete resurgence in silent movies," he says. "The Artist's greatest influence on Hollywood is in liberating film-makers to try something completely original, to push the envelope at a time when the investment is largely in 'safe bets' like comic book franchises and sequels."