Memoirs of a Hollywood sex fixer

Memoirs of a Hollywood sex fixer

Scotty Bowers has kept quiet for 60 years but now, at 88, he's talking about bedding the biggest screen icons of the day 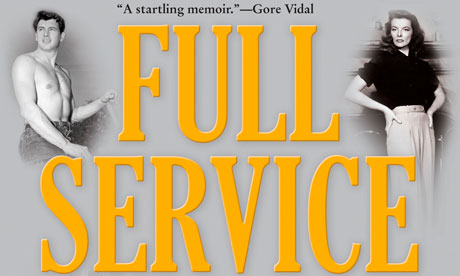 Spencer Tracy and Katherine Hepburn had just one thing in common – apart from being movie superstars.

But that one thing wasn't the fairytale romance that Hollywood falsely spun for the public to keep their images clean, apparently.

They both used a handsome young gas station attendant for sex – in Tracy's case personally, and in Hepburn's case to procure her lesbian lovers, up to 150 of them over a lifetime.

This is just one revelation in a controversial memoir to be published later this month by an old man called Scotty Bowers, who was that gas station attendant, but also a gigolo and sex fixer to the stars during Hollywood's golden age.

The result is a list as long as it is glittering of the screen icons he says he bedded and liaisons he arranged – both gay and straight – for the movie business elite in Los Angeles.

His book is calculated to shock. Some of the sensationalist tales seem incredible, while the many lurid disclosures are unflinchingly detailed.

Rumours of his work as a gigolo and a pansexual, post-war version of Hollywood madam Heidi Fleiss have done the rounds for years and been exchanged faithfully in industry gossip circles.

And though such scandal might have been ignored by the establishment, Bowers has been lent credibility by the New York Times and Gore Vidal. After years of turning down media requests, Bowers finally sat down with the newspaper to talk about his book Full Service: My Adventures in Hollywood and the Secret Sex Lives of the Stars.

In the interview, Bowers said he'd kept quiet before because he didn't want to hurt anyone's feelings. He declared that he was talking now simply because "I'm not getting any younger and all my famous 'tricks' are dead. The truth can't hurt them any more."

It can certainly affect their legacy, however, and the book makes some of them and the culture they lived in appear rather tragic.

His old friend Vidal goes further in endorsing the publication. He writes on the book's jacket: "I've known Scotty for the better part of a century. I'm so pleased he has finally decided to tell his story to the world. Scotty doesn't lie – the stars sometimes do, and he knows everybody."

As a tell-all, it is certainly vivid.

"It was past midnight. After another empty bottle of scotch stood on the coffee table, he began to undress and begged me not to leave him," Bowers recalls of a night spent with Spencer Tracy.

"I could only assume that his pseudo-romance with Kate Hepburn was causing him distress … I climbed into bed with him … he lay his head down at my groin, took hold of my penis … This was the last guy on earth that I expected an overture like that from, but we had an hour or so of pretty good sex."

In the morning, Tracy reportedly acted as if nothing had happened, but Bowers reveals it was just the first of many such encounters, and adds: "I met a lot of influential people through Spence."

As well as a titillating catalogue of sexual intrigue, the book is designed to expose of the hypocrisy and fear that swirled beneath the industry's on-screen glamour and crafted wholesomeness.

The first time Bowers met film diva Hepburn at a Hollywood party he was amazed that she was wearing a suit and very short hair with a side parting.

He recalls the host explaining that Hepburn's movie studio honchos had been pleading with her not to advertise the fact that she was gay.

"Actors, major directors and producers had 'morals' clauses in their contracts, which they would have violated by being openly known as gay or bisexual," Bowers explains. 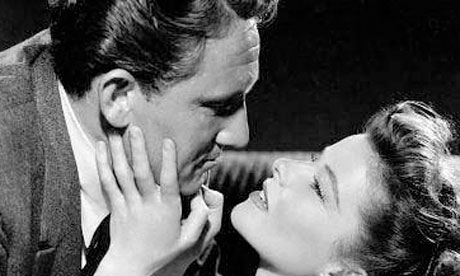 Despite this, Hepburn approached Bowers at the party.

"I know your reputation, Scotty. When you get a chance, do you think you can find a nice, young dark-haired girl for me? Someone that's not too heavily made-up," he remembers her saying.

Hepburn and Bowers were friends for the next 50 years, and he now claims he fixed her up with more than 150 women, including one she saw on and off for 49 years.

The now elderly Bowers still steps out to parties from the home in the hills above Los Angeles that he shares with his wife and dog.

Bowers says that back in the day the going rate was $20 for sex and he took the money for his own services, but not for fixing up anyone else. "I wasn't a pimp," he insists.

But in post-war LA, after a chance encounter with a "closeted queen" on the prowl at the gas station where he worked on Hollywood Boulevard, Bowers claims he gradually became the go-to fix-all for hundreds of movie industry types seeking covert liaisons.

Bowers had landed in Hollywood after serving in the marines.

Hanging around with old service pals at the gas station, he describes the first time someone propositioned him, from their shiny Lincoln coupé.

The man at the wheel proffered Bowers the few bucks for the gas, plus a crisp $20 and said: "What are you doing for the rest of the day?"

He was the star of the 1941 hit How Green Was My Valley, Walter Pidgeon, and he whisked Bowers to a house in Beverly Hills the actor shared with his boyfriend.

Bowers swam naked in the pool while both men watched followed by an hour of "really hot sex". Both men had wives living elsewhere and Bowers recalls they begged him to keep their secret.

Bowers remained silent, but Pidgeon apparently spread word of his services on the Hollywood 'down low', where men and women – gay, bisexual, or simply pursuing infidelity in a tightly-buttoned industry – sought adventure in the late 1940s.

Soon they began turning up at the gas station or phoning Bowers there, asking to buy sex. Bowers both obliged himself and began persuading his former marine friends – and their friends and girlfriends – to provide services and make some very welcome money on the side.

His 'business' mushroomed and he describes enjoying the money, but particularly the sex. By 1950 he calculates he was personally turning two or three tricks a day and setting up a further 15 to 20.

He revels in detailing his voracious sexual appetite and fluid sexuality. But although he also describes being serially molested by paedophile family acquaintances and becoming a teenage rent boy while growing up in Illinois, he does not dwell on the episode, nor connect it to his later life.

Meanwhile, back on Hollywood Boulevard, Cole Porter, who was married but had a penchant for marines, sought out Bowers and ordered him and a pack of his friends to his house, Bowers recalls.

One day he gets a call and a voice says: "This is Errol Flynn. That gas station of yours has gained quite a reputation."

Bowers was thrilled. Flynn wanted to be fixed up with women who both behaved and looked as if they were underage, so Bowers escorted a parade of young women to him.

But he mentions, in the book's somewhat self-aggrandising style, that Flynn would get so drunk that despite telling them "I'm going to make love to you like nothing you've ever experienced" he would pass out dead drunk and Bowers would "oblige the lady myself".

He dramatically describes the climate of fear in an era when he worked as a bartender at Hollywood parties while the LAPD vice squad were prowling the hills in their patrol cars looking for parties and opportunities to arrest the participants.

But perhaps the book's most shocking passages claims that Britain's disgraced King Edward VIII abdicated the throne and married American divorcee Wallis Simpson because both were gay and "the whole myth of the great royal romance was a fabrication, a giant cover-up".

"Essentially, he was gay and she was a dyke," Bowers writes.

Cecil Beaton (with whom Bowers, inevitably, describes having sex) brought the pair to visit him. Bowers says he discreetly set "Wally" up with a string of women and "often tricked Eddy myself".

Bowers continued doing business his way into the 1960s and beyond. But the outbreak of Aids in the mid-80s finally scared him into complete cessation.

Then, as his famous clients died over the years, he finally decided to tell all, and the resulting tone in his memoir is as nostalgic as it is sensational.

He concludes, almost anti-climactically, that he was simply happy satisfying the needs of the famous and secretive. He never judged and declares now only that he misses those heady days.

Re: Memoirs of a Hollywood sex fixer

Yes, I read the review of this in the Times.

If it's all true, nothing this shocking has come along in a long time.

Similar topics
» Comedians' Memoirs/Fiction
» Publishing date etc for 'The Well of Shadows', my memoirs of the London Underground
» To what extent did Hollywood absorb the European avant-garde?
» London Fringe theatre beats Hollywood to Murdoch 'Hacking' scandal