Aww, that's a nice story. Gives me a modicum of good feeling to what I consider vile creatures.

China is FULL of rats! 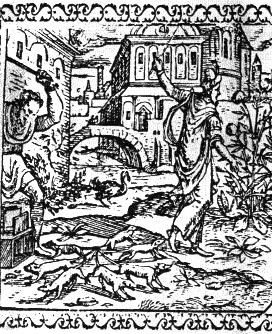 Rat kings are phenomena said to arise when a number of rats become intertwined at their tails, which become stuck together with blood, dirt, ice, excrement or simply knotted. The animals reputedly grow together while joined at the tails. The numbers of rats that are joined together can vary, but naturally rat kings formed from a larger number of rats are rarer. The phenomenon is particularly associated with Germany, where the majority of instances have been reported. Historically, there are various superstitions surrounding rat kings, and they were often seen as an extremely bad omen, particularly associated with plagues.