On the cutting room floor: a century of film censorship 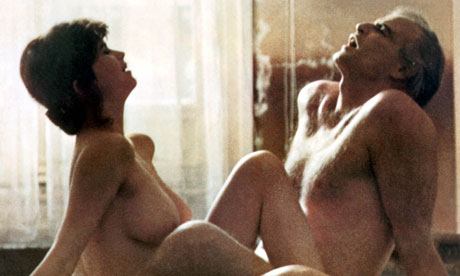 When it was first set up in 1912, the British Board of Film Classification (BBFC) – or Film Censors, as it was known then – concerned itself with the "unnecessary exhibition of under-clothing" or "scenes calculated to afford information to the enemy". Now, as it heads towards its centenary, it finds itself more likely to be fending off Hollywood studios attempting to shoehorn too much violence into films aimed at 12-year-olds.

"The classic borderline is between a 12A and a 15," says BBFC director David Cooke. "The lower one is better, commercially, but they are also trying to push the boundaries at that level. So we often find ourselves not doing what they want. In roughly 10% of cases we give them a higher classification. "

To cut or not to cut: that has been the issue that has faced the BBFC ever since it was established. With its power to demand changes and excisions, edits and reworkings, the BBFC has administered a ratings system that has played a key role in determining the nature of the cinema we watch – and the evolution of our wider culture.

It is the BBFC's fate, however, to be an ever-present bete noire for both sides of the political spectrum: libertarian types object to its obstruction of the nastier end of the horror spectrum, such as the recent row over Human Centipede 2, while the censorious faction regularly accuse it of being soft on corrupting material, most famously in the furore whipped up in 1996 over the film the David Cronenberg filmCrash. (Daily Mail headline: "Ban this car crash sex film".)

"It's often our natural position to be caught in the crossfire," says Cooke, who has been in post since 2004. "We get it from both sides. But we're not worried about that; we understand.

"At the adult level – 18 and above – there's a clearly established majority public opinion that adults should be free to choose what they want to watch, provided there's no legal issue."

Cooke is confident that he knows what the public wants because of a simple but far-reaching change in the way the BBFC went about things just over a decade ago. In 1999, under Cooke's predecessor, Robin Duval, the BBFC began that most New Labour of practices: public consultations and a set of published guidelines. Every five years, up to 10,000 people are canvassed for their opinions.

Cooke says: "Everything we do now involves those guidelines; there was nothing of that kind before. We were less open and transparent, and less predictable, than we aim to be these days."

Cooke says rows over films such as Human Centipede 2 may be entertaining and headline grabbing, but the agency's real work of classification – dealing with about 650 feature films and more than 9,000 DVDs this year – is connected to modifying the age range of people allowed into blockbusters.

One recent example that Cooke cites is the negotiations over the James Bond film Casino Royale. "It was one of those typical blockbusters that come in on the 12A/15 border. We intervened in a scene when Bond gets whipped on a seat from below. We insisted on a reduction of that."

There were concerns, too, over the film's violent opening scene, when Bond smashes a man's head into a sink. "It's strong stuff for a 12A," he says. "But we're always looking at context and we felt the context was quickly established – that this was a Bond film and all that goes with it. In a different context, it might not have been possible to allow it."

Just as tricky are accusations of preferential treatment for certain films and film-makers, a continuous thread throughout the BBFC's history. A recent incarnation was the dispute over the treatment of the 17 uses of "fuck" in The King's Speech and Made in Dagenham; the former received a 12A (after initially being classified a 15), while the latter a 15, despite producer Stephen Woolley's outraged protests. "The language thing is difficult, because we know the public wants us to look out for that. We have a rule of thumb that you can't have more than four uses of the F-word at 12A," says Cooke. "Made in Dagenham and The King's Speech both had around 17, depending on how you count them. The distinction we drew was that The King's Speech had them all stuttered out in two bursts and was in the speech therapy context – we felt it was a wholly exceptional context for which there was no equivalent in Made in Dagenham.

"Stephen Woolley was not happy, which I perfectly understand – in his position I would have wanted the 12A – but we felt that was a real distinction so we had to stick to it."

After all the dust has settled, film-makers have always known that a confrontation with the BBFC can provide a solid bit of marketing; the backers of Human Centipede 2 have ascertained this very recently. But Cooke concludes: "In the last analysis we are working for the broader public, not for niche groups, and we have legal obligations and guidelines. All we try and do is what we think is the correct thing."

Last Tango was submitted to the BBFC at the end of 1972 and two scenes in particular were targeted by censors. One involved explicit sexual dialogue; the other the notorious "butter" scene. However, its status as a critical favourite helped its case. The quango, under then secretary Stephen Murphy, decided to keep the dialogue intact, as cutting would damage a key part of the film, but proposed a 20-second cut in the sex scene. The distributors agreed, but Bertolucci protested and, following negotiations, the cut was reduced to 10 seconds. It was passed with an X certificate in January 1973.

However, objections erupted from morality pressure groups, led by Mary Whitehouse's Festival of Light, and a number of local authorities banned the film. In 1977 the Obscene Publications Act was extended to apply to films but, by then, a new secretary, James Ferman, was in charge and he was able restore the cut scene, as the act allowed a defence of "artistic value". In 1988, the film went on video, and was given an 18 certificate with no cuts.

Formal theatre censorship may have long since ended in Britain, but we should be wary of assuming the battle for freedom of speech has been won 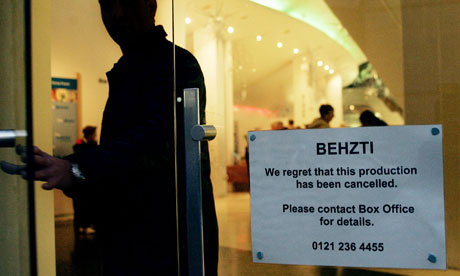 For any British person under the age of 50, the idea of theatrical censorship is totally alien. It's something we associate, if we think about it all, with past authoritarian regimes: with the Soviet Union and its satellites, with South Africa under apartheid, with Spain under Franco. But it's salutary to be reminded that, in Britain, it was only the Theatres Act of 1968 that finally put paid to a system of censorship that existed here for over 230 years. While we rejoice in our current freedom, we should be wary of a creeping caution that exists in the UK and other western democracies.

The old system of stage censorship, by which in Britain plays had to be licensed by a minor official of the royal household, was absurd, arbitrary and anachronistic. It stifled serious discussion of politics, religion and sex. It led to sporadic bans on major dramatists such as Ibsen, Strindberg and Shaw. It also prompted the Lord Chamberlain and his team of play readers to believe that they were aesthetic as well as moral arbiters. The initial report on Edward Bond's Saved, submitted by the Royal Court for a license in 1965, described it as "a revolting amateur play by one of those dramatists who write as it comes to them out of a heightened image of their own experience." It was, in fact, the prosecution of the Royal Court, over its adoption of the polite fiction that an unlicensed play could be presented as a "club" performance for members only, that did as much as anything to expose the arrogant nonsense of stage censorship and hasten its demise.

And yet do we enjoy total freedom today? In the 1980s, when I was a member of the Cork Enquiry into theatre, I remember an eminent director saying "Sponsorship is implicit censorship"; and the more we move, as the current government wishes, from public to private funding on the American model, the greater the risk of external intervention.

Organised protest has also helped to stifle theatrical debate. In December 2004 Gurpreet Kaur Bhatti's Behzti, which contained scenes of rape, abuse and murder inside a Sikh temple, caused massive demonstrations outside the Birmingham Rep and, in the interests of public safety, was quickly withdrawn. Since then it has been produced in France and Belgium but, aside from an unpublicised reading at the Soho theatre in 2010, has not been seen in Britain. As Robert Sharp of the English branch of PEN wrote after that one-off reading, "Behzti's continued censorship is a boil that must be lanced."

Elsewhere the technique of violent protest has caught on: it happened just last month, in Paris, where an allegedly blasphemous play called Golgota Picnic prompted mass demos from outraged Catholics. What worries me is that the threat of public disturbance produces self-censorship on the part of writers and induces caution in producers. In theory, no subject is off-limits to British dramatists. But religion still remains a taboo area. And, given the protests that greeted Richard Bean's mild critique of Muslim extremists a few years ago in England People Very Nice, one wonders whether anyone would dare to write or stage a play that subjected Islam, or any other non-Christian religion, to fierce scrutiny. Theatrical censorship in Britain may be dead, but total freedom of expression has yet to be achieved.

Devastating satires on censorship: Bernard Shaw on The Late Censor (in Our Theatres in the Nineties); Kenneth Tynan on The Royal Smut-Hound (in Tynan Right and Left)

Didn't the steamy Olivier/Curtis Roman bath scene in Spartacus involve SNAILS and oysters? I think it was you who posted a clip on ATY I, Pinz. Any chance of a rescreening?