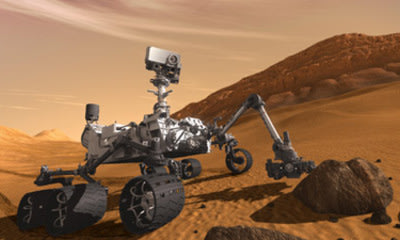 Final preparations are being made to launch the most sophisticated extra-terrestrial science laboratory ever built on a 350-million-mile trip to Mars.

Curiosity, a car-sized robotic rover, has been fixed into position on top of an Atlas rocket that is due to lift off from Cape Canaveral in Florida on November 25.

The six-wheel buggy is five times heavier than any previous explorer sent to Mars.

It is packed with a drill, laser, robotic arm and HD cameras to study the surface of the Red Planet in greater detail than any previous mission.

Doug McCuistion, director of the Mars Exploration Programme , said: "This is the largest and most complex piece of equipment ever put on another planet. It is a wonder of engineering."

The spacecraft is expected to reach Mars in August 2012, when its descent will initially be slowed by a parachute.

Rocket thrusters will then take over, allowing the craft to hover while a 'skycrane' lowers Curiosity 20 metres to the surface.

Project manager Pete Theisinger said the complex landing system was needed because the rover is too heavy for the airbag cushions used on previous missions.

"Any entry, descent and landing on Mars is a place where you take (a) pause and bite your nails a bit," he said.

"It's not a risk-free environment."

Nasa has selected a landing site in the Gale Crater, at the base of a three-mile high mountain.

"The entire early history of Mars is here for us," said deputy project scientist Ashwin Vasavada.

"We will drive out and climb this mountain with Curiosity. We are looking for environments capable of supporting life."

The nuclear-powered rover will drill into rocks and test samples in its two on-board laboratories. It will study the mineral content and look for organic material.

Nasa hopes to follow up the two-year mission with robots that will bring back soil and rock samples to Earth. It is thought human exploration of the planet could happen in 20 to 30 years.
..

Meanwhile, on a Moscow car park...

Six men who simulated a mission to Mars by spending 520 days inside a network of windowless modules have emerged safe and well.

The all-male crew of three Russians, a Frenchman, an Italian-Colombian and a Chinese man, have lived at the research cenre in Moscow since June 2010.

They emerged in good spirits from the experiment, which was designed to simulate the confinement, stress and fatigue of interplanetary travel.

During the mission, the crew communicated with the organisers and their families via the internet, which was delayed, and occasionally disrupted, to imitate the effects of distant space travel.

They ate canned food similar to that used on the International Space Station.

After the mission a researcher broke the seal and then opened the door of the capsule and the crew walked out one-by-one to cheers from scientists and relatives.

"The programme has been fully carried out. All the crew members are in good health. We are now ready for further tests," he said in formal military style.

Italian crewmember Diego Urbina, who clenched his fists with delight as he finally stepped out of the capsule, said it had been an honour to have been involved in the programme.

He said he hoped that the experiment would help "humankind one day greet new dreams" on the distant red planet.

Chinese participant Wang Yue put it simply: "After 520 days, we are finally back."

The men gave only brief comments and were quickly ushered away by researchers from the Moscow Institute of Biomedical Problems for several days of medical tests.

Organisers said each crew member would be paid about £62,000.

They are next due to appear in public for a news conference on Tuesday, November 8.

Nasa Has No Ships, But Wants More Astronauts
Sky News 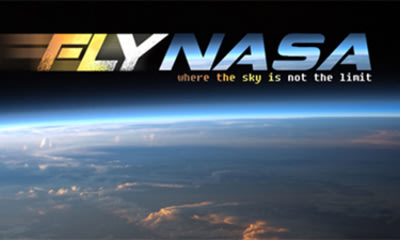 Nasa has launched a major recruitment drive to find new astronauts - despite not having its own spaceship for them to fly.

With the shuttle fleet retired, many veteran astronauts are now leaving the agency.

And Nasa is worried it will not have enough space flyers for future projects.

"Apply to explore with us. Fly Nasa, where the sky is not the limit. Nasa is going places where there are no boundaries. Your unique talents and experiences can take you there too."

Those places appear limited to taking part in other countries' space missions.

An American astronaut has just arrived at the International Space Station (ISS) after flying there on board the Russian Soyuz spaceship.

And a handful of astronauts each year will take part in similar Russian-led missions for six-month stays on the ISS.

According to reports, in about three to five years, Nasa hopes to purchase trips for astronauts on American-built commercial rockets.

And eventually the agency hopes to fly astronauts in a government-owned Orion capsule to an asteroid or even Mars, but those trips are more than a decade away.

To get a job as an astronaut you will need a bachelor's degree in engineering, science or maths and three years of professional experience.