Earth's close encounter with an asteroid

Earth's close encounter with an asteroid 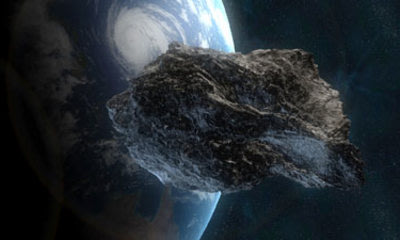 An asteroid bigger than an aircraft carrier will brush past the Earth within the next few hours.

It Is our closest encounter with such a large space rock in three decades.

But Marina Brozovic of Nasa said there is no cause for alarm.

"We have a good idea of its orbit for the next 100 years and the is no chance of impact."

The asteroid was discovered in April 2010, when observations with the Arecibo radar telescope revealed a fuzzy image of the rock tumbling through space.

Nasa is hoping to take much higher resolution photographs of its dark surface as it passes by at 23.28 GMT time on November 8.

Amateur astronomers will need a six-inch telescope to stand a chance of seeing the asteroid, but have been warned that it is moving so fast that it will be difficult to track.

Nasa has set up a near earth object programme known as Spaceguard to locate the estimated 1,000 asteroids and comets larger than 1km (1,093 yards) in diameter - large enough to cause mass extinction of most life on Earth.