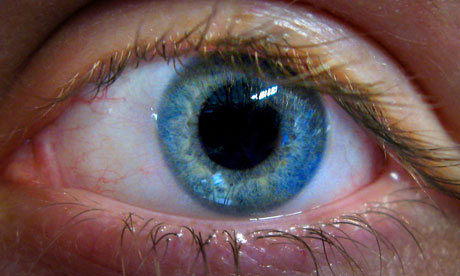 All reality is virtual: we reconstruct the outside world with a virtual reality headset pre-installed at birth and tuned by experience so perfectly that most of the time we are barely conscious of it.

The Mind's Eye
by Oliver Sacks

The optic nerve delivers data from a blitz of electromagnetic wavelengths: the brain filters the information, selects the focus, interprets the imagery and projects it on to an interior screen. This unthinking process is one of the last great frontiers of science, and the trailblazers who helped to explore it were the victims of stroke, trauma or neurodegenerative disease. That is because the brain's functioning systems become most apparent when they fail to work.

So the heroes of neuroscience are those who fail to see something, but know what they cannot see, and can find a way to say so. That is why people such as the man who mistook his wife for a hat – the title of Oliver Sacks's first bestseller – count as pathfinders. Like Christopher Columbus, who believed Cuba to be the East Indies, they may mistake their discoveries, but nevertheless reveal a new world within.

The Mind's Eye opens with Lillian, a concert pianist who could identify the letters of the alphabet but who had lost the ability to read words or musical notation. Paradoxically, she could still write letters and play Mozart from memory. Alexia is common in those who have survived stroke, which can arbitrarily affect one skill but leave others intact.

A catalogue of such caprice has confirmed that the brain has geography. Like a medieval town with its streets of silversmiths and spice merchants, it concentrates particular skills, trades and stores in precise pathways and intersections, any one of which may be shut down by cerebrovascular accident. Alexia sine agraphia – the inability to read but the capacity to write – suggests that reading and writing may be different ends of one street.

But Lillian had not suffered a stroke: a scan showed atrophy of part of the brain that houses the visual system. She could see, but increasingly could not interpret what she saw: in tests, a drawing of a pair of pliers was tentatively identified as a banana.

Pat, who ran a Long Island art gallery, had a stroke massive enough to leave her in a chronic vegetative state. She partially recovered, but with aphasia, which afflicts language.

Pat was lost for words. This too is a condition that suggests a finely detailed cerebral geography. Dr Johnson at 73 woke up in the middle of the night after a stroke, mentally composed a Latin prayer to test his sanity, and then wrote a note to a neighbour ("Dear Sir, It hath pleased almighty God this morning to deprive me of the powers of speech").

Johnson suffered only expressive aphasia, and found his voice again. Pat did not. She could neither speak nor understand speech, but nevertheless she learned to interpret gesture and expression and to communicate by mime. Soon she learned to point to single words in a specially prepared book, make yes/no noises and even utter fixed phrases such as "You're welcome!"

Sacks's stories are drawn from case histories, textbooks and sympathetically observed encounters with patients. Howard, a Canadian crime novelist, woke up one day to find the Toronto Globe and Mail apparently printed in Cyrillic or Korean. He too could write, but could not read what he had written. Not all is deterioration: there is Sue, born cross-eyed, who could not use her eyes in tandem, and had coped all her life without binocular vision. With treatment and exercises, late in life she began to acquire stereoscopic vision and reported with delight that "ordinary things looked extraordinary. Light fixtures floated and water faucets stuck way out into space."

But the substance of the book soon turns on Sacks himself and the extraordinary impact on his own perception of the world once he discovers that he has ocular melanoma: a tumour of the right eye. He has already told us about the embarrassments of his inherited prosopagnosia, the inability to recognise faces. But his melanoma leaves him with a huge hole in his vision, down which objects seem to disappear. He becomes one of those for whom a significant portion of the world ceases to exist. He fails to see steps, he almost pours wine into a friend's lap, but – because he no sense of depth – he no longer has a fear of heights.

Sacks, a London-born neurologist based in New York, has been acidly described as the man who mistook his patients for a literary career: his second book, Awakenings, was filmed with Robin Williams and Robert De Niro, and that was followed by other elegant entertainments based on real cases of the brain's cruel mishaps. The Mind's Eye is an eye-opener. Sacks's patients recognise what is happening to them, and find ways to cope.

Lillian's ability to understand what she sees continues to deteriorate, so she learns to remember where the important things are, and thus feels her way around an increasingly enigmatic world. Pat reveals an intuitive rapport with people, even though her capacities do not recover. Howard begins to write again (although his editor must read the text aloud to him) and completes another detective story and a memoir. Sacks reflects on his long links with the New York Stereoscopic Society, of which he will be a monocular member. His stories deliver both clinical understanding and a serving of hope. The victories are small, but they are victories all the same.

More profoundly, such stories remind us that our brains are all we have. From Coronation Street to a coronation chicken sandwich; from the faces of our children to the north face of the Eiger; everything exists for us only because we can reconstruct it in the mind's eye, and at any moment some of this pressing, urgent reality may be snuffed out by arbitrary haemorrhage or creeping dementia. The lesson is that we should read the world around us as greedily as we may read this book, before something unexpected closes the pages, and leaves us wide-eyed, but uncomprehending.

Tim Radford's book about place and human identity will be published by Fourth Estate later this year. 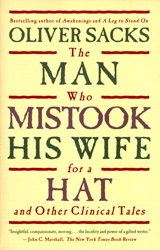 The book comprises 24 essays split into 4 sections which each deal with a particular aspect of brain function such as deficits and excesses in the first two sections (with particular emphasis on the right hemisphere of the brain) while the third and fourth describe phenomenological manifestations with reference to spontaneous reminiscences, altered perceptions, and extraordinary qualities of mind found in retardates