First page of the old ATU "New Zealand/Japan earthquakes and the Pacific Ring of Fire" thread: 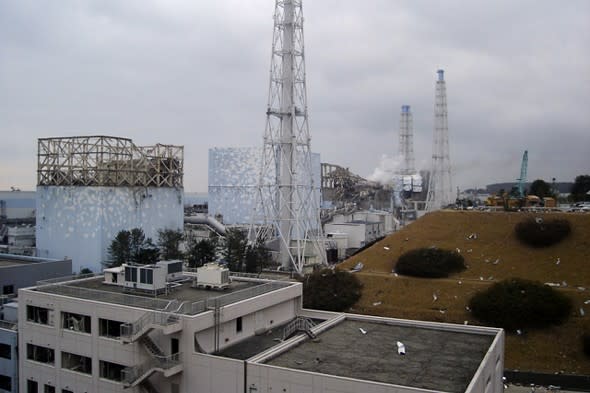 Japan's prime minister has made a public appeal for calm after the nuclear plant crisis was raised to the highest alert level - on a par with the 1986 Chernobyl disaster.

Prime minister Naoto Kan urged people in a televised address to focus on recovering from the country's disasters.

Mr Kan said: "Right now, the situation of the nuclear reactors at the Fukushima plant has been stabilising step by step. The amount of radiation leaks is on the decline," he said. "But we are not at the stage yet where we can let our guards down.

"Let's live normally without falling into excessive self-restraint. We should eat and drink products from the quake-hit areas as a form of support."

Japanese regulators said they raised the rating from 5 to 7 - the highest level on an international scale - after new assessments of radiation leaks from the Fukushima Dai-ichi plant.

The higher rating is an open acknowledgement of what was widely understood already: The nuclear accident is the second-worst in history. It does not signal a worsening of the plant's status in recent days or any new health dangers.

However, people living nearby who have endured a month of spewing radiation and frequent earthquakes said the change added to their unease despite government efforts to play down any notion that the crisis poses immediate health risks.

The new ranking signifies a major accident that includes widespread effects on the environment and people's health. The scale, designed by experts convened by the IAEA and other groups in 1989, is meant to help the public, the technical community and the media understand the public safety implications of nuclear events.

The upgraded status did not mean radiation from the plant was worsening, but rather reflected concern about long-term health risks as it continues to spew into the air, soil and seawater. Workers are still trying to restore disabled cooling systems at the plant, and radioactive isotopes have been detected in tap water, fish and vegetables.

Japanese officials said the leaks from the Fukushima plant so far amount to a tenth of the radiation emitted from Chernobyl, but about 10 times the amount needed to reach the level 7 threshold. 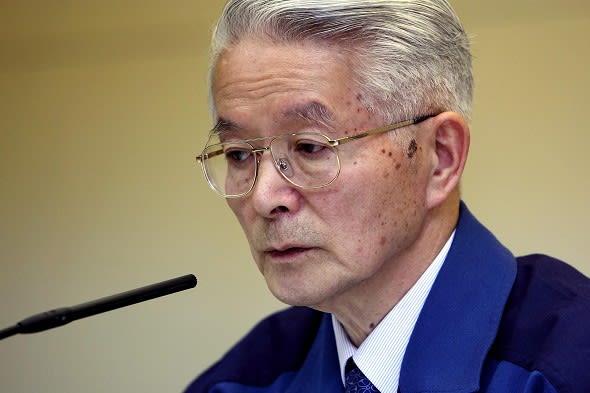 The operator of the nuclear plant leaking radiation in northern Japan said it aims to bring the crisis under control within six to nine months.

Tokyo Electric Power Co chairman Tsunehisa Katsumata told a news conference that the company had come up with a phased plan to end the crisis and allow residents who have been evacuated from the area around the Fukushima Dai-ichi nuclear power plant to return home.

He said that in the first three months, the company hopes to steadily reduce the level of leaking radiation. Three to six months after that it hopes to get the release of radioactive materials under control.

"We sincerely apologise for causing troubles," Mr Katsumata said. "We are doing our utmost to prevent the crisis from further worsening."

Frustrations have been mounting over TEPCO's failure to resolve the nuclear crisis.

"We would like to see evacuees return to their homes as early as possible," Mr Katsumata said.

The company is focusing on cooling the reactors and spent fuel pools, cleaning water that has been contaminated by radiation, mitigating the release of radiation into the atmosphere and soil and measuring and reducing the amount of radiation effecting the evacuation area, he said.

TEPCO Vice President Sakae Muto said that in addition to covering the reactor buildings, the company will also work with authorities to decontaminate areas affected by the radiation. 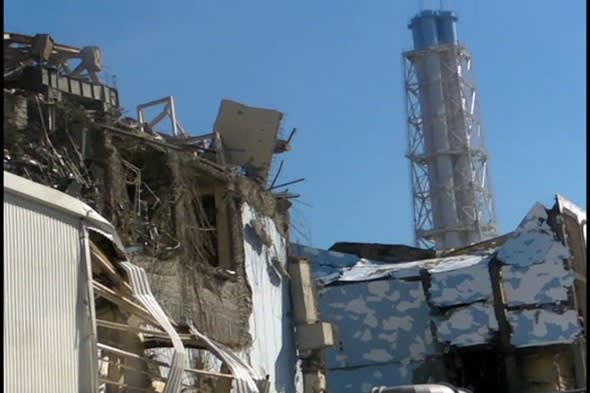 The health and labour ministry says preliminary results would bring the number of workers exceeding the government-set limit to eight.

The eight are three control room operators and five who worked to restore power to the Fukushima Dai-ichi plant that was knocked out by the earthquake and tsunami on March 11.

The government soon after the disaster raised the radiation limit for men to 250 millisieverts from the standard 100 millisieverts so workers could tackle the emergency.

WELLINGTON (Reuters) - A series of strong earthquakes hit the New Zealand city of Christchurch on Friday, sending goods toppling from shelves, causing rockfalls and driving terrified residents from buildings 10 months after a quake killed almost 200 people in the city.

Christchurch police said there were no reports of casualties or widespread damage, although one person had been reported hurt at a shopping mall and taken to hospital.

An initial 5.8 magnitude earthquake was centred 20 km northeast of the city at a very shallow depth of 8 km, according to New Zealand's civil defence. It was followed by a series of strong aftershocks, one of a 5.3 magnitude but no tsunami warning was issued.

The tremors struck as shoppers thronged malls in the lead-up to Christmas and prompted many residents to flee the city, clogging roads.

"It was incredibly violent," one caller told Radio New Zealand.

"All the water in my birdbath slopped out and I could hear everything falling over inside. When I walked inside, the cat streaked out the door, ornaments were all over the floor, contents of the pantry were lying on the floor, a little bit of smashed glass and picture frames lying over."

Christchurch, the largest city in New Zealand's South Island, is still recovering from a quake measuring 6.3 which killed 182 people in February and caused up to NZ$20 billion (9.8 billion pounds) in damage. A strong but less damaging quake struck Christchurch in September last year.

Christchurch Mayor Bob Parker said the series of shakes had shattered the nerves of people who had been slowly getting their lives back to normal.

"It has been a long hard road, 15 months ... and people had dared to hope that the aftershocks were over," said Parker.

"I think there will be more damage to buildings, nothing significant, no major collapses just little bits of more debris."

"It's terrible timing, you can't underestimate the impact of this on people on the psychological level, they've been exposed to so much and it felt like it was getting better, and it just puts the work back, the repairs back, the rebuild back."

Large areas of Christchurch's central business district are still off-limits after the February quake, which toppled the city's famous cathedral, as well as shops, homes and office buildings.

About 6,000 homes in the city were condemned after the February quake.

The latest quake caused some large rock falls in the hills around the city but none had fallen onto houses or roads around the nearby port town of Lyttelton which was extensively damaged in the February quake.

"There's not a heck of a lot of buildings left to wreck, to bring down in an earthquake, to be perfectly honest," said the town's chief fire officer, Mark Buckley.

Four people had to be rescued after becoming trapped at a beach by a rockfall, police reported. Two buildings damaged in the previous quakes had collapsed, they added.

The region's main power supplier said up to 15,000 customers were without power, mostly after circuit breakers were tripped.

Christchurch International Airport was evacuated as a precautionary measure while the terminal and runways were checked.

The New Zealand dollar briefly dipped to $0.7725 from $0.7740 in thin trading after news of the quake, before recovering. New Zealand stocks cut pared gains to trade up 0.14 percent.

New Zealand straddles the boundaries of the Indo-Australian and the Pacific tectonic plates and is hit by about 14,000 quakes every year, of which only a small number usually top a magnitude of 5.

Scientists had warned after the February quake that there would be further shakes, probably as large as magnitude 6.

"In coming days the most likely scenario is that there'll be a series of aftershocks in a similar location and they'll gradually drop off," Ken Gledhill a seismologist with GNS Science told TVNZ.

"This is just a reminder that this area is more active than it was in September 2010."

A reminder from Wiki of the extent of the Pacific Ring of Fire:

Tectonic plates of the world: