A biological theory of why we lie

A biological theory of why we lie

A biological theory of why we all lie fails to convince 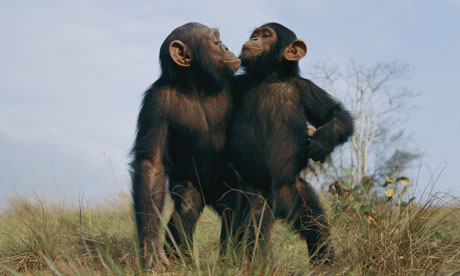 In the mid-20th century an offshoot of zoology, called "ethology", became hugely popular. Bestselling books were written, mostly by zoologists such as Konrad Lorenz and Desmond Morris, or anthropologists such as Lionel Tiger. They linked studies of animal behaviour to the idea of Darwinian evolutionary principles to tell readers just how very like the beasts we were in our sex lives, our workplaces and our recreational behaviours. We were advised to look at chimps and other primates and derive understanding of ourselves from their apparently culture-free activities and traits. Underneath all our fancy culture and language, we were simply naked apes enacting primitive territorial imperatives.

Deceit and Self-Deception: Fooling Yourself the Better to Fool Others
by Robert Trivers

The reading public lapped it up as both a neat, satisfying narrative, and as an excuse for all manner of not-so-civilised behaviours for which we no longer had to take personal and moral blame. We go to war – well, so do baboons; it's in our genes, we can try to overcome it, but in the end as in the beginning we're all just animals. By 1976 we didn't even have to blame the animal in ourselves: Richard Dawkins gave us the selfish gene, whose sole reason for existence was to reproduce itself. And we, that is the body and brain of you and me, were nothing but vehicles for these genes which compelled us to optimise their chances of replicating. Talk to the gene, the conscience isn't listening.

Much of this was based on algebraic theories of altruism developed by WD Hamilton, who shifted the mechanism of evolution from making groups fitter to survive to a new insistence on individual inclusive fitness. This was via kin selection, which drills down deeper than the inter-relatedness of individual organisms, to the separate alleles (of which genes are made) in every organism: these preferentially promote only those vehicles which contain alleles most closely related to themselves. Genes were responsible, somehow, for you fighting the whirlwind to save your sister, but probably not your less related cousin, and certainly not the stranger from down the road.

Some people were not crazy about this view of the human race. Genes doing algebra didn't suit a more macrocosmic idea of a fallible but responsible humanity.

Robert Trivers was the man who produced the unifying theory of kin selection and altruism. Now, decades on, he has arrived at a big, new universal theory, also essentially based on the arithmetic of gene selection. Deceit is useful where telling the (unpleasant) truth would hamper your progress. Progress towards what? Trivers would say your fitness, which is defined as raising the chances of replicating your genes into the next generation.

Your genes, apparently, would agree with him; but they would, wouldn't they? That is if they were capable of agreeing. I want to hang on to the fact that the building blocks of ourselves do not want or intend anything. Chemicals aren't conscious, although by amazing chance they can combine to make a conscious organism.

Once self-conscious humans begin to do science, and with the benefit of language, start to describe the nature of the chemicals that make them what they are, but having to use regular language if they want a large audience (maths is a much better language, but fewer people can read it), they cannot help but slide into the notion of intention. Dawkins's selfish gene gained an absurd life of its own because most people don't speak arithmetic.

The biological mechanism by which we conceal inconvenient truths from ourselves and others is shown, says Trivers, in functional MRI scans of blood flow associated with neural activity in the brain: "It is estimated that fully ten seconds before consciousness of intent, the neural signals begin that will later give rise to the consciousness and then the behaviour itself." Freud, who always believed that neurology would discover a physical basis for the unconscious, would be delighted, though according to Trivers, psychoanalysis is nothing more than a money-grabbing hoax. Yet there remains a void between brain chemicals doing what they do and the emergence of the sense we all have of possessing a mind.

Trivers's theories of deceit and self-deceit are based on multiple gleanings from experimental psychology. A trial with rats shows this, another with students suggests that. The actual experiments are referenced, rather minimally, in page-related endnotes, but Trivers's writing is full of halting phraseology as he slips from findings in the lab or questionnaire to the generality of human social behaviour.

He suggests from relatedness theory that fathers should show a "slight genetic bias towards their daughters", but "no one knows if this is true". General assertions about human behaviour are peppered with such phrases as "One is tempted to imagine …", "in mice at least …", "work still in its infancy …", "first speculations …", "Whether any of my speculations are true I have no idea …". And, really, if he doesn't, I certainly don't.

Once he has laid out his evidence, our biologically determined deceit behaviour is ready to account for just about everything Trivers doesn't like about the world, such as the false justifications for the invasion of Iraq, the self-deceiving use, by the US and UK, of 9/11 to declare war on oil-rich countries and on to torture, religion and stock-market trading. It so happens that Trivers and I dislike much the same things but, though I daresay knowledge is generally better than lack of it, I'm not convinced of the benefits of offering us the excuse of having been manipulated by our genes for our repeatedly scurrilous behaviour.

While the first part of the book explains the theory, and the second part discusses how deceit was responsible for all the political and social injustices both he and I perceive in the world, there is a third element woven through both. An actual individual life, that of Trivers himself, emerges, like a gene in the organism, offered perhaps as a consciously self-deprecating example of what evolutionary pressure to deceive can do to a person. Somehow, though, it comes across as back-handed boasting.

The man whom Trivers calls "I" is a compulsive thief who can't go into a room without coming away with a trophy. He talks of his "'inadvertent' touching of women", which occurs exclusively with his left (unconscious) hand. Apropos chimps turning their backs to hide an erection from a dominant male, he explains that he finds it very hard "in the presence of a woman with whom I am close, to receive a phone call from another woman with whom I may have, or only wish to have, a relationship, without turning my back to pursue the conversation".

He understands the male/female gender split by recollecting "trying to poison the minds of my three daughters against their mother". He nearly killed his girlfriend and nephew by driving the nephew's "cool car" too fast on a precipitous road, when he noticed her interest in the younger man. And after pages and pages on biological selection, evolutionary pressure and the dangerous deception that is religion, it not only turns out that he prays regularly, but he gives a short lecture on the proper way to say the "Lord's Prayer" (emphasise "thy"). I wasn't surprised to discover that he is on prescription antidepressants, as well as using ganja and cocaine.

There will be Iron Johns who read this book and cheer, and although he explains that each sex (abhorring the word "gender", which he calls a euphemism) contains both male and female genes, my male genes are just too wimpy to find any charm in Trivers's display of self-disclosure – machismo and pet peeves – dressed up as an important new evolutionary understanding of humanity.

Jenny Diski's What I Don't Know About Animals is published by Virago.

Re: A biological theory of why we lie

An interesting aspect of lying is that it presuposses the ability to imagine that things are not the way they are: it's a transcendence of pure positivism.
In the act of lying we attempt to constitute a reality that does not correspond with empirical reality.

This ability was essential when homonids learned to manipulate tools: a stone is not just a stone but could be imagined to be usefull in a specific, manipulated context.
Lying thus might be a side-product of a very essential feature in our evolution.
One which can be both convenient - 'Honey, do you think I'm getting fat?' - and inconvenient - 'I did not have sexual relations with that woman' - in social relations.

Maybe we should teach our childeren more consciously how to lie!