It's nothing new but now that the Pope is here I've seen this intensified. The catholic church and their followers seem to claim to have the moral values and they say youth nowadays has lost them and there's a need to recover them. Of course this is also usual coming from some old people's mouth, catholics or not I don't know. Even the king of Spain has said something about it.

I tend to think this is not true. Of course there are "unmoral" things coming from young people (and older people too) but I think this has always happened, I think it was even worse before my time and I imagine fifty years ago (even wtih Franco) some old people said the same things about youth. But I don't really know, I'm only asking... do you think youth lost its values on morality? that it was better decades ago?

Sorry for the division I've made about old/young people... I know there are some olders here and I don't want to offend them

Aren't there some kind of street disturbances in Madrid regarding the Pope's visit? What's that all about? The cost?

The disturbances I've most noticed are the Pope followers en masse singing all the time (sometimes it's scary hehe).

Most people complain about the cost. But they also complain about it as considering it an invasion (whether you support their thinking or not) in a non-denominational state. There was a demonstration yesterday against it.

Personally they don't bother me, I don't complain about it, if they want to do that (even if it's just marketing for their "cause") let them do it I think, they are not really hurting anybody, no? I wouldn't join them though.

In the demonstration yesterday there were fights and people injured but I guess those are not the real pope followers, those who caused it... I mean, I don't want to make it general and say that those who claim to have the values are those who start violence against those who oppose their ideas (although they are but just some of them)

And by claming to have the values I mean they consider the values as something exclusively theirs... that's what I can't stand.

The Emperor Theodosius I (379 AD- 395 AD) outlawed all variations of the Christian faith except for the Trinitarian beliefs set down in the Nicene creed.

Traditional Graeco-Roman paganism was outlawed, too.

The eternal flame in the temple of Vesta in the Roman Forum was extinguished and the Vestal Virgins disbanded, In their place came the Christian world's first law against witchcraft.

(Excerpted from The Independent's The World: A pocket history Part 8: The Classical World)

...and women have been under the (necessarily) male patriarchical thumb ever since.

I'm a youth and I have no values or morals.

Every older generation thinks the younger generation are much 'worse' than when they were young. It seems that no matter how old a person gets, they never learn.

PS: I'm in my mid-20s and already hate the little bastards.

PPS: And their music is dogshit.

Call me up when someone from My Generation starts a giant war that kills over 60 million people and nearly wipes out an entire ethnic group. Then I will agree that we don't have any morals.

UK yoot just received their A-Level results, which grades whether or not they'll gain a universirty place. 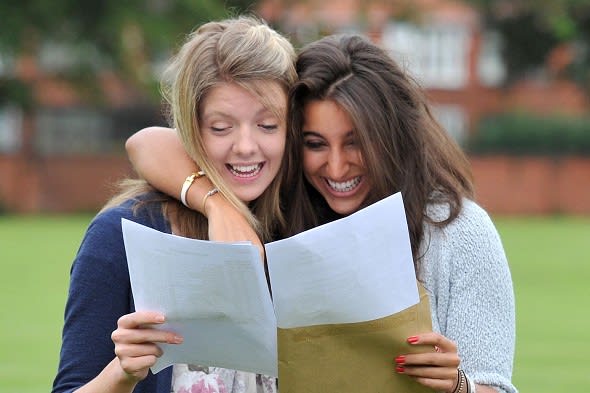 Record numbers of students are fighting for the last remaining university places after the A-level pass rate rose for the 29th consecutive year.

One in 12 (8.2%) entries received an A* grade this summer, but the number of exams scoring at least an A plateaued for the first time in 15 years.

More than 250,000 teenagers in England, Wales and Northern Ireland have received their long-awaited A-level results with the the overall A*-E pass rising to 97.8%.

National figures published by the Joint Council for Qualifications (JCQ) show that boys have closed the gap with girls on A* grades.

But while many teenagers are celebrating, others still face a desperate scramble to secure a university place. Students who miss out this year will have to apply again next year - and have to pay £9,000 in annual tuition fees.

Latest figures show that 682,367 people have applied to start undergraduate university courses this autumn; of these 57.6% have been accepted so far.

The rush for clearing places was exacerbated by a fourfold increase in the number of visits to the Ucas website, which forced the site to close temporarily.

"Obviously, for Ucas, any service failure is something that we don't want to happen," chief executive Mary Curnock Cook said. "We are here to try and provide advice and services to our applicants and to our member universities and colleges, so any disruption in service is not how we would wish it to be."

Hang on, you do the IB rather than A-Levels, don't you? When are your results due?

one thing that i have noticed that is different now to when i was a teenager & young adult...
we used to hide our drug and alcohol usage....young people today tend to not care who knows what they do.

and in a way, it is better, because at least the communication is much better between my 21year old son & me...than what it was ever like for me with my parents.

there is good and bad in all age groups. 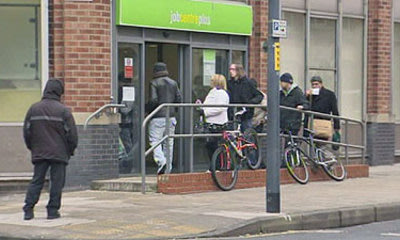 New jobless figures are expected to show youth unemployment has risen above the one million mark.

The number of young people out of work reached 991,000 last month, the highest figure since records began in 1992.

Experts believe it will breach the politically-sensitive one million mark today, piling extra pressure on the Government.

The total number of people out of work is also expected to reach a 17-year high of almost 2.6 million.

Unions and youth groups say 16-24 year olds are paying the highest price for the economic downturn.

David Cameron will discuss the issue at a breakfast meeting with business leaders and ministers are to launch new initiatives aimed at helping people get back into work.

John Cridland, the director general of the CBI , who will be at the meeting, said: "With unemployment figures set to show yet another disappointing rise, we need action for jobs now.

"We'll be making the case strongly to the Prime Minister that job creation, especially for young people, must be a major plank of the autumn statement."

Business Secretary Vince Cable is to host a summit about apprenticeships, which has proved a way of keeping youth unemployment down in Germany.

Employers will be offered incentives to take on apprentices.

A fund will also be launched to help those who have been without a job for more than six months and want to start their own business.

Nick Heller, Head of New Business Development EMEA at Google, believes the spark to get job growth back on track will come from people deciding to set up on their own.

"Entrepreneurship, and specifically high-tech entrepreneurship and innovation will drive the next stage of economic growth across Europe," he said.

Mr Heller and several other Silicon Valley entrepreneurs are in the UK to meet with European bosses for the Silicon Valley Comes to the UK (SVc2UK) event.

Mr Cameron has called SVc2UK "one of the most important inward investment events of the year".

For US venture capitalists and technology investors, the UK offers a chance to find hidden gems in unlikely places.

Twitter's takeover of London-based TweetDeck is one of many recent high profile deals.

Two of those involved in the sessions are product design and marketing professional Patrick Sterling and his partner Catherine Bolton who both took voluntary redundancy from AOL in 2010.

Mr Sterling has recently completed his MBA from Judge Business School and is joining a Cambridge-based greentech start-up in December as its third employee.