Retromania: Pop Culture's Addiction to its own Past- review

all across the universe :: Music :: General

Retromania: Pop Culture's Addiction to its own Past- review

Retromania: Pop Culture's Addiction to its Own Past by Simon Reynolds – review

Does it matter that pop music is stuck in the same old groove?

Sukhdev Sandhu The Observer, Sunday 29 May 2011 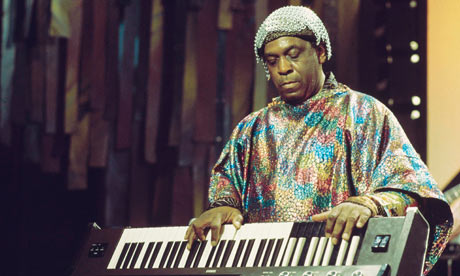 Like many people of a certain age, the first thing I did upon going to university was to blow my entire student grant on records. Sixties French chansonnières, 30s Greek rembetika, seven-inch singles on the Glasgow-based Postcard label: this kind of music, John Peel's radio show aside, was hard to hear or find in the late 1980s. Only after I'd lugged back my newfound treasures to my room did I remember: there was no turntable to play them on. For the next few months, I stroked the records' sleeves, studied their liner notes, sniffed the vinyl. When I finally got round to listening to them, they were mostly underwhelming, but it didn't matter: my relationship to the music, one full of yearning and conjecture, already felt very rich.

Retromania: Pop Culture's Addiction to its Own Past by Simon Reynolds

These days, as Simon Reynolds describes in Retromania, things are very different. Pop music, even though sales of vinyl and cassettes are going up, is less likely to exist in material form. There's no need to dream about what a particular Velvet Underground bootleg or Frankie Wilson's famously rare northern soul stomper "Do I Love You (Indeed I Do)" or 20s field recordings of Inuit might sound like: they're available at the click of a mouse. The deleted, the obscure, the exotic: archaeological layers of musical history are constantly being rediscovered, circulated and filtered into records being released today.

For Reynolds, the past is calcifying contemporary music. More than that, it threatens to disable the possibility of new or futuristic music being created. Retromania describes a pop ecology festering with reissues of late-70s German synth-wave, 28-CD box sets of Sun Ra club residencies, bands such as the Sex Pistols and the New York Dolls reforming, Sonic Youth playing shows in which they perform old albums in their entirety. Drawing a comparison with the fashion industry's tendency to recast old or secondhand clothes as "vintage", he bristles against those hipsters who create micro-genres such as Welsh Rare Beat or West African psychedelia, as much as he bemoans those rock museums full of cheesy cutouts of Dizzee Rascal.

What distinguishes "retromania" from other ways of assessing or using the past? After all, forms of nostalgia or arcadianism – the Victorian revival of Gothic, say – have arisen, sometimes very productively, throughout history. Reynolds argues that retro revives a past that is barely the past (all those I Love the 1990s-style shows), and does so, using video- and internet-enhanced documentation, with a forensic precision that precludes creative distortion and the art that comes from misremembering.

The retro sensibility, he adds, isn't animated by the modernist anger or subversion found in the work of collagist John Heartfield or the productions of Public Enemy's Hank Shocklee, but a general mood of eclectic irony. Put this way, Reynolds seems to be describing the kinds of bricolage and hyper-referentiality of postmodernism. But he's also narrating the trickle-down effect, philosophically as much as technologically, of the remix culture of the late 1980s, when cheap samplers allowed artists to treat the whole history of recorded music as a free zone for resource extraction.

The title of Reynolds's last book, about post punk, was Rip It Up and Start Again. That's what he wants pop music to do; not to think of its past in terms of repertoire or standards, but as a series of chokes and shackles from which, in existential fashion, it must perpetually break free. Though far from being a Luddite, he worries about websites such as YouTube that clog the present with too many yesterdays: "History must have a dustbin, or history will be a dustbin, a gigantic, sprawling garbage heap."

And yet, as Reynolds himself points out, one style of music never entirely supplants another: in 1968, a year in which Jimi Hendrix, Van Morrison and Frank Zappa released important new records, Bill Haley and his Comets were still able to pack out the Royal Albert Hall. Are revivals necessarily bad? Without 2 Tone's ska revival, the Specials' "Ghost Town" or the Beat's "Mirror in the Bathroom" may never have existed. And what of listening to the listeners? Sceptics may dismiss the likes of the Strokes as punk pastiche, but anyone who heard them for the first time at a club in early 2001 will recall how startlingly fresh they sounded then.

Reynolds's mapping of today's pop environment is often witty; his account of the way in which so many artists position themselves as curators is spot-on, as is his description of internet users – himself included – gorging on illegal downloads. His prose, casually neologistic and making deft use of sci-fi tropes, is bracingly sharp. As a work of contemporary historiography, a thick description of the transformations in our relationship to time – as well as to place – Retromania deserves to be very widely read.

However, Reynolds's belief that pop music needs to be less doting towards the past reminds me of the economist Joseph Schumpeter, who saw creative destruction as the linchpin of modern capitalism. Pop's appeal doesn't just lie in its ability to shock and surprise; it can also be a source of safety and succour, especially when life – life under capitalism – feels concussive, brutalising. For listeners, not embracing the Next Big Thing may be a kind of resistance; for music writers, not being able to champion artists solely in neophiliac terms would force them to develop more sophisticated critical lexicons.

Retromania is a book about the poverty of abundance. At malls, on mobile-phone ads, in the background as we work at our computers: pop, usually in the form of anorexically thin MP3 sound, is everywhere these days. Perhaps that ubiquity puts a brake on its ability to astound or shape-shift. Perhaps the process of circulating and accessing music has become more exciting than the practice of listening to it. And perhaps pop's status as a futurist genre has been supplanted by the giddying, immersive realm of video games.

Reynolds says he still believes that "the future is out there for pop", but where is "out there"? The east? The global south? It may very well be that the spirit of innovation and insurgency Retromania craves is to be found in the favelas, shanty towns and sprawling metropolises of the developing world.

Sukhdev Sandhu is the author of London Calling: How Black and Asian Writers Imagined a City (Harper)

Similar topics
» My dream girlie (if I was still in my addiction)
» Blasts from the past and other matters
» Would you feel differently about classical Greek statues if you knew they were originally painted?
» Review of Bob in Beijing
» Books in search of a review

all across the universe :: Music :: General