Curious silence of To Kill a Mockingbird author Harper Lee

Curious silence of To Kill a Mockingbird author Harper Lee

Statement suggests a new book will shed little light on why Harper Lee has not published a novel since her Pulitzer prize-winning debut, To Kill a Mockingbird 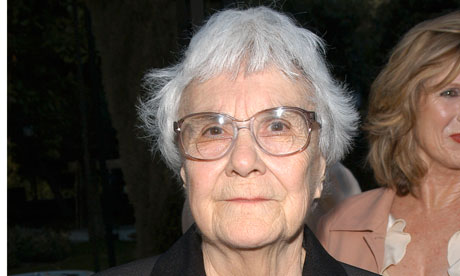 Her lips are sealed ... Harper Lee said her form response to every interview would say 'hell, no'. Photograph: Stephen Shugerman/Getty Images

The answer, as ever, appears to be "hell, no". The hopes raised that a new memoir might solve the mystery over why Harper Lee has not published a novel since To Kill a Mockingbird, have been dashed by the reclusive author, who denied any involvement in the book.

"Contrary to recent news reports, I have not willingly participated in any book written or to be written by Marja Mills," Lee wrote in a statement. "Neither have I authorized such a book. Any claims otherwise are false."

The statement from the Monroeville law firm Barnett, Bugg, Lee & Carter – where Harper Lee's sister Alice Lee still works – comes only a day after Penguin Press in the US said that it had bought former Chicago Tribune journalist Marja Mills's memoir The Mockingbird Next Door: Life with Harper Lee, an announcement which coincides with today's celebration of the author's 85th birthday. The book was "written with direct access to Harper and Alice Lee and their friends and family", said the publisher, and recounts "all the Lee sisters have to say about their life in Alabama, their upbringing, how To Kill a Mockingbird impacted their lives, and why Harper Lee chose to never write another novel".

Tracy Locke, associate publisher at Penguin Press, insisted that Mills's book was "not a biography [of Harper Lee], but rather Marja Mills's memoir".

Although Lee said in 1964 that she was working on a second novel "and it goes slowly, ever so slowly", the author has never published another book following the worldwide success of her story of racism in the American south, To Kill A Mockingbird, which won the Pulitzer prize for fiction in 1961. Her 1964 conversation with the author Roy Newquist was the last time she spoke publicly at any length, although she briefly broke her silence in 2006, telling the New York Times if she were to send out a form response to every interview request she receives, it would say "hell, no".

A 2002 article by Mills, published in the Chicago Tribune, saw the journalist speaking to Alice and to locals in Lees' hometown of Monroeville, Alabama, although she was denied an interview with Harper herself. Alice Lee, then 91, told Mills that the author had never got further than a mental sketch of her second book.

"I'll put it this way," she said. "When you have hit the pinnacle, how would you feel about writing more? Would you feel like you're competing with yourself?" Alice also said that her sister "has not shown any interest" in writing an autobiography, instead remaining fascinated by the characters who live in rural Alabama. "We go out in every nook and cranny," said Alice. "We explore. If a new road opens up, we try it. We have done that all our lives."

Mills's literary agent Miriam Altshuler told the New York Times that Mills "has the written support of Alice Lee and a lifelong family friend, and prior to Harper Lee's stroke in 2007 she had the verbal support of Harper Lee".