A kind-hearted elderly woman decided to restore Ecce Homo, a 19th-century fresco in El Santuario de la Misericordia in Borja (Zaragoza), all by herself 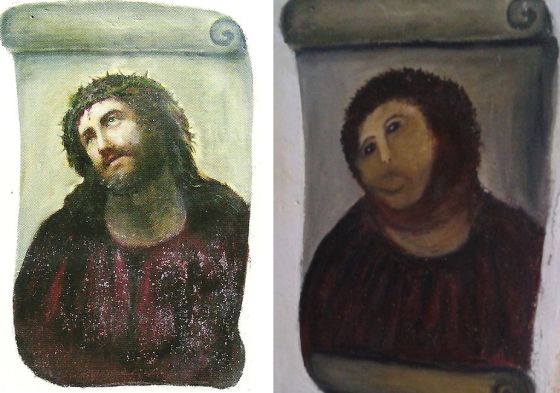 but really it wasn't of great value

Thank God we have the internet "Teenager’s 16th birthday party
turns into a riot after
3,000 people turn up
when she leaves Facebook invite open to anyone"

1A: I could have done just as good a job on resorting that painting and I can't draw for nothing.

1B: I read the lady still wants to get paid for her work. If she any kind of artist she would have committed suicade as the honorable way out.

2: Think what it would have cost to serve everyone just hot dogs at the girls party.

Old Mack wrote:1B: I read the lady still wants to get paid for her work. If she any kind of artist she would have committed suicade as the honorable way out.

She was very worried about it and all the attention it got, she even had an anxiety attack. She appeared later to thank everybody who had showed her affection - "around the world"

- although everyone was making fun of it they didn't want to see her sad. At first they were considering to take legal action against her but I don't think they finally did because it turned out to be profitable for the town (tourists and advertising) and the original painting wasn't of great value (although it is a bad thing to show an image that anyone can do whatever they want - but she was an elderly woman doing her best after all). I hadn't heard about her asking for money but I've googled it and I've read they charge to access there now

, she wants her part.

I get anxiety attacks every day...I ride them out and they always pass. I take some candy from the VA for them BUT have Valium from my family doctor for when they're really bad. That lady should be having more than a anxiety attack, I get a anxiety attack just looking at that after picture.

That post reminds me of a story I heard when I was in the Army stationed in Korea. As the story goes...there were two bridges running north and south on the 38TH parallel.(?) One was the railroad bridge and one was the MSR. A LT was given orders to blow one of the bridges up but to let the other one stand. Thinking on his feet against his orders he blew up the bridge that made more sense in doing so. As it turns out tacitly he brew up the right bridge...so instead of getting court marshalled(?) he got a medal.

"I saw all kinds of traffic signs....I was just distracted, so I kept driving"

Deaf to instruction.
Oblivious to signs.
Observing the landscape keep moving
she drives.

"I was lost"
she'll later claim to
authorities with mandates
to 'save' her. 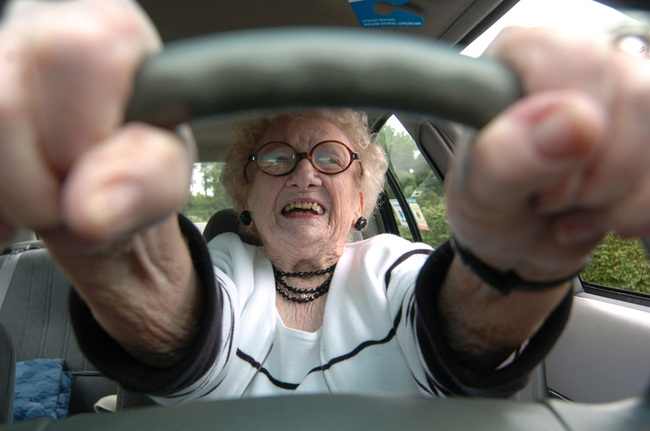 ...but she's always had a tendency to live fast: They should put him in a car with... 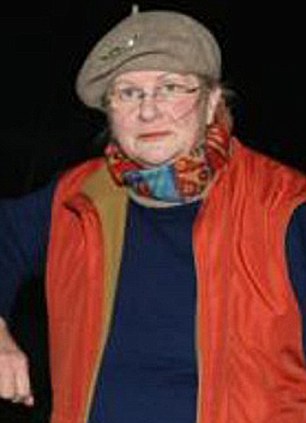 ...it seems she was going to a train station 38 miles away...and kept going for 900 more miles because she...um...didn't or couldn't imagine that her sat-nav (she called it TOM TOM) could lead her astray

Yikes!!!!!
The water in the yard has risen rapidly. It's in the house. It's half inch deep over the bathroom already.

I've thrown towels over it. Inadequate response but not much else I can do. I'm not going out in the storm to dig ditches...it's dark out there and a bit scary.

That was a prize-winning response, by the way