I want to be alone

I want to be alone

The number of people living alone has skyrocketed. What is driving the phenomenon? 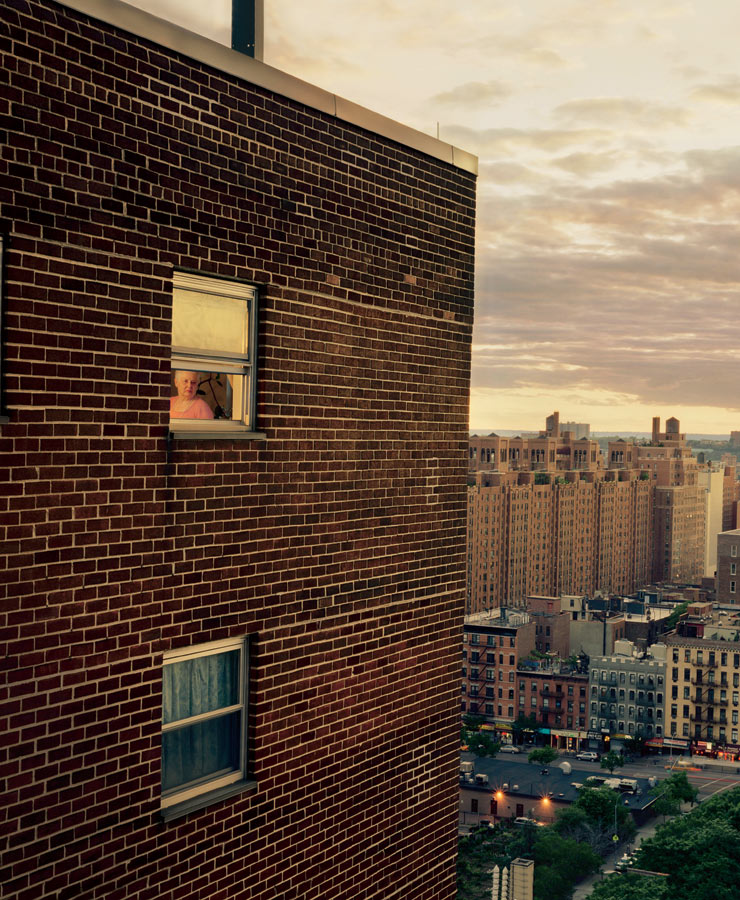 The one and only: Why do more and more of us now live alone? Photograph: detail from image in the forthcoming book Out My Window, by Gail Albert Halaban

Human societies, at all times and places, have organised themselves around the will to live with others, not alone. But not any more. During the past half-century, our species has embarked on a remarkable social experiment. For the first time in human history, great numbers of people – at all ages, in all places, of every political persuasion – have begun settling down as singletons. Until the second half of the last century, most of us married young and parted only at death. If death came early, we remarried quickly; if late, we moved in with family, or they with us. Now we marry later. We divorce, and stay single for years or decades. We survive our spouses, and do everything we can to avoid moving in with others – including our children. We cycle in and out of different living arrangements: alone, together, together, alone.

Numbers never tell the whole story, but in this case the statistics are startling. According to the market research firm Euromonitor International, the number of people living alone globally is skyrocketing, rising from about 153 million in 1996 to 277 million in 2011 – a 55% increase in 15 years. In the UK, 34% of households have one person living in them and in the US it's 27% – roughly one in every seven adults.

Contemporary solo dwellers in the US are primarily women: about 18 million, compared with 14 million men. The majority, more than 16 million, are middle-aged adults between the ages of 35 and 64. The elderly account for about 11 million of the total. Young adults between 18 and 34 number more than 5 million, compared with 500,000 in 1950, making them the fastest-growing segment of the solo-dwelling population. Unlike their predecessors, people who live alone today cluster together in metropolitan areas.

Sweden has more solo dwellers than anywhere else in the world, with 47% of households having one resident; followed by Norway at 40%. In Scandinavian countries their welfare states protect most citizens from the more difficult aspects of living alone. In Japan, where social life has historically been organised around the family, about 30% of all households have a single dweller, and the rate is far higher in urban areas. The Netherlands and Germany share a greater proportion of one-person households than the UK. And the nations with the fastest growth in one-person households? China, India and Brazil.

But despite the worldwide prevalence, living alone isn't really discussed, or understood. We aspire to get our own places as young adults, but fret about whether it's all right to stay that way, even if we enjoy it. We worry about friends and family members who haven't found the right match, even if they insist that they're OK on their own. We struggle to support elderly parents and grandparents who find themselves living alone after losing a spouse, but we are puzzled if they tell us they prefer to remain alone.

In all of these situations, living alone is something that each person, or family, experiences as the most private of matters, when in fact it is an increasingly common condition.

When there is a public debate about the rise of living alone, commentators present it as a sign of fragmentation. In fact, the reality of this great social experiment is far more interesting – and far less isolating – than these conversations would have us believe. The rise of living alone has been a transformative social experience. It changes the way we understand ourselves and our most intimate relationships. It shapes the way we build our cities and develop our economies.

So what is driving it? The wealth generated by economic development and the social security provided by modern welfare states have enabled the spike. One reason that more people live alone than ever before is that they can afford to. Yet there are a great many things that we can afford to do but choose not to, which means the economic explanation is just one piece of the puzzle.

In addition to economic prosperity, the rise stems from the cultural change that Émile Durkheim, a founding figure in sociology in the late 19th century, called the cult of the individual. According to Durkheim, this cult grew out of the transition from traditional rural communities to modern industrial cities. Now the cult of the individual has intensified far beyond what Durkheim envisioned. Not long ago, someone who was dissatisfied with their spouse and wanted a divorce had to justify that decision. Today if someone is not fulfilled by their marriage, they have to justify staying in it, because there is cultural pressure to be good to one's self.

Another driving force is the communications revolution, which has allowed people to experience the pleasures of social life even when they're living alone. And people are living longer than ever before – or, more specifically, because women often outlive their spouses by decades, rather than years – and so ageing alone has become an increasingly common experience.

Although each person who develops the capacity to live alone finds it an intensely personal experience, my research suggests that some elements are widely shared. Today, young solitaires actively reframe living alone as a mark of distinction and success. They use it as a way to invest time in their personal and professional growth. Such investments in the self are necessary, they say, because contemporary families are fragile, as are most jobs, and in the end each of us must be able to depend on ourselves. On the one hand, strengthening the self means undertaking solitary projects and learning to enjoy one's own company. But on the other it means making great efforts to be social: building up a strong network of friends and work contacts.

Living alone and being alone are hardly the same, yet the two are routinely conflated. In fact, there's little evidence that the rise of living alone is responsible for making us lonely. Research shows that it's the quality, not the quantity of social interactions that best predicts loneliness. What matters is not whether we live alone, but whether we feel alone. There's ample support for this conclusion outside the laboratory. As divorced or separated people often say, there's nothing lonelier than living with the wrong person.

There is also good evidence that people who never marry are no less content than those who do. According to research, they are significantly happier and less lonely than people who are widowed or divorced.

In theory, the rise of living alone could lead to any number of outcomes, from the decline of community to a more socially active citizenry, from rampant isolation to a more robust public life. I began my exploration of singleton societies with an eye for their most dangerous and disturbing features, including selfishness, loneliness and the horrors of getting sick or dying alone. I found some measure of all of these things. On balance, however, I came away convinced that the problems related to living alone should not define the condition, because the great majority of those who go solo have a more rich and varied experience.

Sometimes they feel lonely, anxious and uncertain about whether they would be happier in another arrangement. But so do those who are married or live with others. The rise of living alone has produced significant social benefits, too. Young and middle-aged solos have helped to revitalise cities, because they are more likely to spend money, socialise and participate in public life.

Despite fears that living alone may be environmentally unsustainable, solos tend to live in apartments rather than in big houses, and in relatively green cities rather than in car-dependent suburbs. There's good reason to believe that people who live alone in cities consume less energy than if they coupled up and decamped to pursue a single-family home.

Ultimately, it's too early to say how any particular society will respond to either the problems or the opportunities generated by this extraordinary social transformation. After all, our experiment with living alone is still in its earliest stages, and we are just beginning to understand how it affects our own lives, as well as those of our families, communities and cities.

• Going Solo: The Extraordinary Rise And Surprising Appeal Of Living Alone, by Eric Kinenberg, is published by Penguin Press at £21.

Coincidence: There's a new book here about living alone. I read the review in the Times. Very upbeat and positive.

Since I grew up in a large and unruly family in which personal space/privacy was at a premium, I value not having to deal with all that bother any more.