What does it mean when the woodland creatures no longer fear us?

Re: What does it mean when the woodland creatures no longer fear us?

pinhedz wrote:Encountering a large omnivore (me), it saw no reason to take flight, and just stood looking at me, as if with expectation. I decided I should speak my mind, and did so indignantly

I get this all the time with foxes when I'm walking to the taxi rank outside Mile End tube at 4am. They grin at me impudently and I fancy that they're eyeing up my jugular. I clap my hands and go 'Shoo!', but to no avail.

Why is this happening? Discarded fast food.

Re: What does it mean when the woodland creatures no longer fear us? 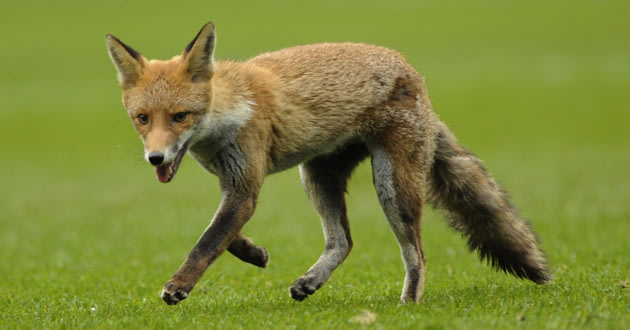 The People’s Trust for Endangered Species [PTES] said misconceptions over the apparent booming population of foxes across the country are harming the perception of a species that “are easily shooed away”.

Added to that, commonly held myths that you are never more than six feet from a rat, that bats fly into your hair and that grey squirrels are responsible for the decline of red squirrels are equally as unfounded.

“Giant foxes are apparently ‘mugging’ people of their groceries in dark alleyways,” said PTES chief executive Jill Nelson. “Grey squirrels are eating all the birds’ eggs and rats are apparently jumping at our throats.

“Squirrels (grey and red) do occasionally eat eggs and fledglings, but not that many. And rats jump to escape not to attack. Contrast this with over 5,000 annual hospital admissions resulting from people being attacked by dogs. Or the annual toll of about 50 million birds killed by domestic cats.”

So what are the most common misconceptions surrounding animals? Let’s take a look at debunked myths featured in this year’s PTES ‘Living with Mammals’ report:

Myth - The number of foxes is increasing

Fox populations are stable in the long-term. Mange has had a big impact in many areas and populations are slow to recover. Numbers in Bristol five years ago were only a fifth of those in 1994, before an outbreak of mange. ‘Living with Mammals’ found that numbers in urban areas nationally have changed little in the last decade.

Myth - You are never more than six feet from a rat

There are fewer than 10 million brown rats in Britain. In 2007, the English House Condition Survey found that rats occupied four of every thousand urban properties and were present in the gardens of just 3%.

Rats are fastidiously clean unless overcrowded, spending a considerable proportion of their time grooming themselves and others. They do carry some human diseases, particularly leptospirosis, but the risk of infection is low and is smaller from urban rats than those in rural areas.

Bats rarely cause any damage to buildings: Unlike birds, they don’t bring in nesting materials and, unlike rodents, they won’t gnaw electric cables or wood. Their droppings carry no disease and are generally odourless.

Large colonies of pipistrelles can number several hundred individuals in summer and can be noisy tenants, but so important are buildings to bats that managing and renovating them appropriately is a big part of bat conservation.

Myth - Grey squirrels are responsible for the decline of red squirrels

While grey squirrels have a competitive advantage over reds and have displaced them from much of England, red squirrel numbers declined drastically between 1900 and 1925, before grey squirrels had become established.

Controlling grey squirrels in areas where reds occur today is necessary if populations of reds are going to be preserved, but elsewhere grey squirrels are simply part of the natural ecology and our mammal fauna.