Scarlett Johansson to play Janet Leigh in the Making of Psycho 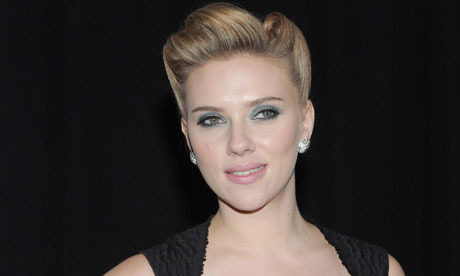 Stepping into the shower ... Scarlett Johansson is to play Janet Leigh in Alfred Hitchcock and the Making of Psycho. Photograph: Picture Perfect/Rex Features

Scarlett Johansson will step into the shower to play Janet Leigh in a behind-the-scenes drama about the making of Psycho. Based on the 1990 book by Stephen Rebello, Alfred Hitchcock and the Making of Psycho charts the director's struggle to bypass the studios and fund a low-budget, black-and-white horror film from his own pocket.

According to the Hollywood Reporter, Johansson's arrival completes the principal cast. Anthony Hopkins is already on board as Hitchcock, while Helen Mirren plays Alma, the director's redoubtable wife. The Fox Searchlight production will be directed by Sacha Gervasi from a script by Rebello and Black Swan writer John McLaughlin.

Psycho cast the Hollywood actor Janet Leigh in the role of Marion Crane, the Arizona secretary who absconds with $40,000 and is then suddenly, shockingly knifed to death in the Bates Motel. The film sparked controversy on its release back in 1960, prompting the writer CA Lejeune to walk out of a press screening and immediately resign as film critic of the Observer newspaper. But Hitchcock's gamble paid off. Psycho went on to be a huge box-office hit, inspired a glut of sequels, rip-offs and homages and is now widely recognised as the director's most inspired picture. 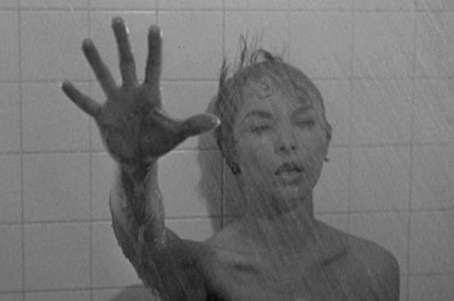 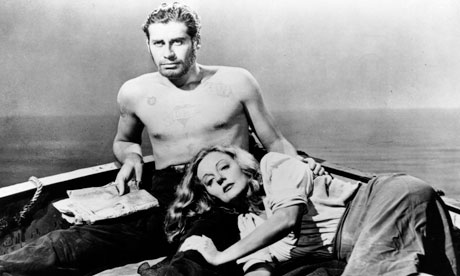 This wartime masterwork began when Alfred Hitchcock was invited to work at 20th Century Fox and commissioned novelist John Steinbeck to write an extended scenario set in the mid-Atlantic , where the survivors of a torpedoed ship and a German submariner from the U-boat that sank them debate the value of the second world war.

Hitchcock transformed Steinbeck's brief text into a virtuoso thriller in which nine characters are confined throughout to a lifeboat and the only music is a couple of popular songs sung by the German and some tunes on a flute played by the great Canada Lee as a steward. Significantly, instead of being a caricatured villain, the Nazi intruder becomes a complex figure, which resulted in the liberal columnist Dorothy Thompson absurdly attacking the film for making him too formidable.

An authentic ensemble cast is led by the legendary Tallulah Bankhead who, in her only significant film, plays a cross between her outrageous self and the photojournalist Margaret Bourke-White.

Immediately after completing Lifeboat, Hitchcock crossed the Atlantic to make two fascinating half-hour films in French about the work of the resistance under German occupation (Bon Voyage and Aventure malgache), to be shown after the liberation of France. Neither reached the screen until the 1980s, and both are included on this excellent Blu-ray DVD disc.

pinhedz wrote:And in Psycho, I don't think we were supposed to like the Janet Leigh character--we were just supposed to see her hotness.

I've been obssessed with 'Psycho' since I've been about 10 - I guess I'm emotionally attached to it.

But in my heart of hearts, I think 'Rear Window' is probably my favourite.

I just rewatched 'To Catch a Thief'. Despite looking good, it really is quite a boring movie I think.

Next Hitch film I am going to try and see is 'Stage Fright' - then I would have seen all of his 50s films. What a decade.

I rather like Strangers on a Train, especially when the fairground ride goes out of control.

Yes, Strangers on a Train is fantastic. 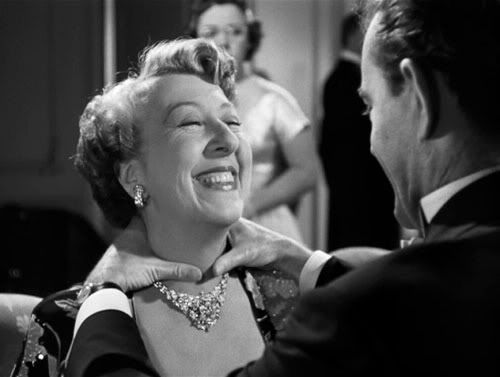 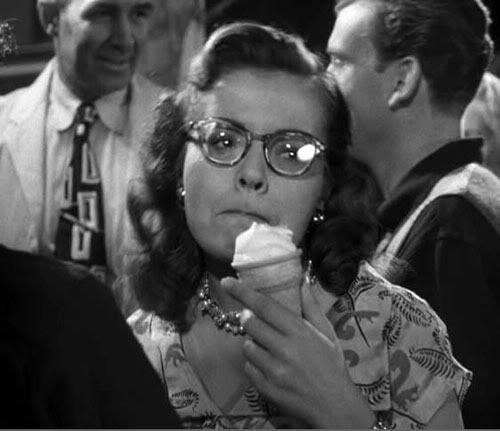 Yep, liked Marnie a lot too. It's been a while though, is on my rewatch list.

What about "Marnie" have you seen that one?

OK, I re-watched it. It's an excellent film and it is astonishing how undervalued the movie actually is. There are a couple of faults with it though IMO. Firstly, the sister-in-law character (Lil) is poorly developed - she really was a waste of a rather major character. Secondly, when Marnie is raped (or has sex, depending on your view), why does she try an commit suicide in the swimming pool? How is that even possible?!?!

Yes, know what you mean. Hmmm not sure about rape? I thought she was giving him the OK and wanted to, and then had a flashback to the sexual abuse? (which he was not aware of)

Regarding the attempted drowning, I thought perhaps she couldn't swim and jumped in knowing she would drown. However, she floated to the top unconcious and good old Sean saved her.

If she really wanted to drown though it would have made more sense to jump into the sea which was surrounding her.

Yes, know what you mean. Hmmm not sure about rape? I thought she was giving him the OK and wanted to, and then had a flashback to the sexual abuse? (which he was not aware of)

Regarding the attempted drowning, I thought perhaps she couldn't swim and jumped in knowing she would drown. However, she floated to the top unconcious and good old Sean saved her.

If she really wanted to drown though it would have made more sense to jump into the sea which was surrounding her.

Yeah, it doesn't really look like rape, rather her just detaching herself from the moment and simply giving in. That's how I see it, but then the film is rather infamous for the 'rape' scene, so I guess it's open to interpretation.

You know, it didn't occur to me that she couldn't swim. It's still silly, but makes more sense now!