Gary Oldman: from Sid to Smiley: the rollercoaster story of a true British great

Hailed by John Hurt as the 'best of the bunch', Oldman is a working-class hero acclaimed for his acting and directing 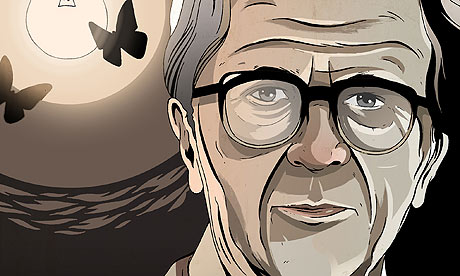 Gary Oldman returns to London this weekend in the role of prodigal son, the wayward talent brought in from the cold. He arrives from California to find a landscape very different from the one he left in the early 1990s.

The fiery social-realist BBC teleplays that provided an early calling card have bitten the dust. The cult of the raw-boned working-class British performer has been largely replaced by a roll call of Etonians and Harrovians: a rash of Redmaynes, Hiddlestons and Cumberbatches. And so, at the age of 53, Oldman touches down like some disreputable Rip Van Winkle, a reminder of times gone by. All of which makes him more striking – and arguably more necessary – than he was before.

If they handed out awards for nuance and subtlety, shade and stealth, Oldman would be a shoo-in for the best actor Bafta on Sunday, as well as the crowning Oscar two weeks after that. As it is, he may have to be content with his nominations at both events: a partial reward for his acclaimed turn as George Smiley in Tinker Tailor Soldier Spy.

Tomas Alfredson's pungent, prowling adaptation of the John le Carré novel was the third most successful UK independent film at the domestic box office last year (behind The King's Speech and The Inbetweeners Movie). It's a picture that turns the clock back to a straitened 1970s London of Wimpy bars and smoke-filled offices; a treacherous cold war terrain where Santa wears a Lenin mask and our deep-cover agents look a lot like theirs.

"I enjoy playing characters where the silence is loud," Oldman once explained, although surely none of his roles have been quite as charged and restrained as little George Smiley, the MI6 veteran who sits in the wings like some watchful grey lizard.

"The thing about Gary Oldman is that he trusts you as a grown-up spectator," says Alfredson. "He knows he doesn't have to paint with all the colours, all the time. He has the courage of the experienced actor to give you fragments, bits and pieces for you to put together for yourself. I'm particularly impressed by his minimalistic body language. Just watch the man acting with his neck towards the camera."

In his early years, by contrast, Oldman gave us fireworks, thunderstorms, the complete spectrum. He was born in south London, the son of a welder father who drank to excess, and according to Oldman, swung his fists with impunity, then promptly bailed out when his son turned seven.

Inspired by the actor Malcolm McDowell, Oldman abandoned his early training as a musician to try his hand at acting. He cut his teeth on stage and then later on TV, where he rustled up indelible performances as a jittery skinhead in Mike Leigh's Meantime and as Clive "Bex" Bissell, the white-collar football hooligan at the heart of Alan Clarke's The Firm. He made his feature debut playing doomed, destructive Sid Vicious in 1986's Sid and Nancy, Alex Cox's turbulent biopic of the Sex Pistols' bass player, and then starred as ill-fated Joe Orton in Prick Up Your Ears.

By the decade's end, Oldman's reign of misrule had established him as the unofficial front-man of the "Brit Pack", a fraternity of driven young performers that included Tim Roth and Daniel Day-Lewis. Along the way, he cornered the market in the doomed and the damned, the wild and reckless.

"He's always been an extraordinarily dynamic, exciting actor," says Nick James, editor of the film magazine Sight and Sound. "And I suppose it comes back to that tremendous first flush, that extraordinary early trilogy in the UK: Meantime, Sid and Nancy, and Prick Up Your Ears.

"Right from the start, he had a screen presence that made him different from other British actors. Less schooled; more primitive. And that's probably a tribute to how daring the BBC was in those days. They were prepared to take these unproven working-class performers and give them big opportunities early on. Oldman took that and ran with it, like Jack the Lad."

Past evidence, however, suggests that the very qualities that made Oldman so compelling on screen have been hard to quarantine. Away from the cameras, he earned a reputation for volatility: a cocksure performer who drank too much and let success go to his head.

After completing work on his breakthrough performance in Sid and Nancy, for instance, he claimed that the shoot had been "depressing" and that he felt impelled to step in and devise some of the dialogue himself. More than 25 years on, the charge still rankles with the film's creator.

"Gary has been a uniquely selfish and self-involved actor, even by actor standards," Cox says. "One doesn't expect anything so quaint as gratitude or loyalty, but nor does a writer-director like it when an actor pretends that he wrote the script, as Gary did in the case of Sid and Nancy, or when he disses the director of his first film. And that is all I have to say about him!"

Oldman's personal issues dogged him on his move to the United States, where he initially revelled in the life of the young buck abroad, before eventually checking into Alcoholics Anonymous in the mid-1990s. He left his first wife, Lesley Manville, to rattle through relationships with Uma Thurman, Isabella Rossellini and Donya Fiorentino.

More scandalously still, he ditched domestic cinema to carouse with Hollywood, rearing up as furtive, feral Lee Harvey Oswald in JFK, and slurping blood off a cut-throat razor as the chuckling count in Bram Stoker's Dracula.

Subsequent roles in the likes of Leon, True Romance and Air Force One risked typecasting him as US cinema's psycho-villain of choice, guaranteed to raise the rafters but altogether too dangerous to be entrusted with top billing.

Perhaps significantly, Oldman's best film of the decade found him behind the camera. In 1997 he made a brief return to his native soil to write and direct Nil by Mouth, the savage, bristling portrait of an abusive, alcoholic father in south London that Oldman swore was not autobiographical – at least not entirely.

"He's a hero for me simply because of that film," says James. "Put aside all his acting achievements, and he's still the person who has made the most authentic working-class Cockney movie ever. I had a violent father myself, so it especially resonated with me. It's just a shame that he then turned his back on directing again. I'd loved to have seen him do more."

In recent years, Oldman has found a new fan base thanks to regular gigs in two of Hollywood's biggest franchises. These days the blockbuster crowd probably know him best as the resolute cop James Gordon in the rebooted Batman outings or as Sirius Black in the Harry Potter movies. Flitting in and out of the action as Harry's imperilled mentor, Oldman gives a deft performance that contrasts nicely with the pantomime showboating of his other adult co-stars.

"Well, that's the thing about the Harry Potters: they're good fun for party tricks," admits John Hurt. "They offer a chance for British characters to show off, and there's nothing wrong with that. But if you want real cinema – and real cinematic acting – then obviously you look to Tinker Tailor Soldier Spy. And I think Gary is tremendous in it."

'Best of the bunch'

Hurt's own role as the wandmaker kept him apart from Oldman on the set of Harry Potter and it was not until Tinker Tailor (where he co-stars as Control) that they were finally able to work together. Hurt can't think why it took so long, because he has admired Oldman's work for decades; loved him as Joe Orton; adored him in The Firm; always regarded him as "the best of the bunch". Hurt mulls it over. "So I don't know why I had to wait so long. I suppose because he went to America."

All of which makes Tinker Tailor a homecoming of sorts. It finds the renegade actor ushered back into the fold – older and wiser, clean and sober – to make the kind of film he would presumably have made many more of had he not opted to take the studio shilling instead. It also, inevitably, makes you wonder what British cinema has been missing all these years.

Hurt, for his part, has largely resisted the lure of American cinema. He has worked there on occasion, on invitation, but has never been part of a franchise and never put down roots. "Everyone handles their career in different ways and cuts their cloth accordingly," he says. "I'm interested in small films. I'm not particularly interested in big money. But I'm not going to sit in judgment on other people. Gary did move to the US and he did go down that route, so he clearly felt it was the right thing for him."

Instead, Hurt prefers to see Oldman as another link in the chain, part of a tradition of great British actors – such as Laurence Olivier, Cary Grant and Richard Burton – who lit out for Hollywood: all of them connected, all of them unique. The departure of these performers, he suggests, is not so much a loss for the domestic film industry as a gain for the world at large. So we shouldn't get too proprietorial.

"In any case, British cinema doesn't depend on actors. It depends on the education and nurturing of intelligent directors and an intelligent audience. British cinema will always have actors and the actors will come and go." Hurt chuckles. "Thankfully," he adds, "they can always come home again."

Career to date Explosive. He was the puckish poster-boy of 80s British drama turned "psycho-deluxe" in 90s Hollywood. Indeed, surely part of the tension in his performance in Tinker Tailor hinges on the memory of those early roles and the fear that quiet, stoic George Smiley might go off like a bomb at any second.

High point On-screen in Meantime, The Firm and Tinker Tailor; calling the shots on Nil By Mouth.

What he says "It does surprise me when people get shocked by someone in the entertainment industry breaking the law, or what would appear to be a moment of insanity or craziness. Look what we do for a living!"