While this might come off a bit over-enthusiastic, it does pretty much pin down the current state we are in:

People who remember the former version of this board might remember how I once started a thread entitled 'will belgium cease to exist in one week' which - if I remember correctly myself - started with a post about the upcoming unilateral BHV-vote that was set to initiate a gouvernmental crisis.

450+ Days after the election that resulted from this issue we're still basically in the first round of negotations, with no reasonable answer for the completely surrealist problem of the BHV-district in sight, you might understand that the title of my former thread was less of a dramatisation than you might have thought it to be.

But the beer is still good yeah?

It's been so long I was sober while drinking, so I really wouldn't know!

oh well, we all might as welll go for lunch or something while we wait.... 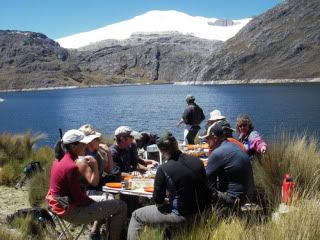 Yeah, we already did. There was a protest march earlier this year called the 'friet revolutie' - 'french frie revolution', during which we all ate french fries - our national dish - and I suppose somebody had a flag or a sign or something.

Maybe I could initiatie a beer revolution and invite you guys over to share our most delightfull anger!

You still have Meli Park I see, why on earth did they rename it Plopsaland?

I loved this park as a kid, it was the nearest I got to Disneyland!! There used to be a big automated cat at the entrance, I think it was Puss in Boots? and as you went in, he bowed, raised his hat and said hello

I'm not sure, but I assume that the original Meli Park had gotten into financial problems.
About a decade ago the management of this type of amusement parks started to change.
What had always been companies that had gradually develloped at a local level, suddenly became a part of some major international group - at times with a significant restyling.

It seem likely to assume that the original Melipark was unable to continue competing under such circimstances.
Around the same time the Belgian entertainment group 'Studio 100' evolved from a succes-story into a billion dollar industry.
They started out quite modestly too: in the very early 90s a TV-announcer started to have an afternoon show for kids in which he had a dog that could talk called 'Samson'. An entire generation grew up with Samson, with merchandising ranging from CDs and cassettes over Samson-bread and sausages to pencils, bedsheets, etc.

In the late 90s the range of programs produced by 'Studio 100' extended rapidly and they became more and more influential in countries like the Netherlands, France, Germany etc. So taking over an amusement park and restyling it was a logical next step. The name 'plopsa' refers to the 2 most popular characters: Kabouter Plop - Gnome Plop - and Samson, the talking dog. In the mean time they also opened an indoors amusement park near Hasselt called 'Plopsa indoor' and another, smaller scaled amusement park in the French speaking part of the country called 'Plopsa-Coo'.

The situation just got a bit more funny - when you thought that couldn't possibly happen.
Care-taker prime minister Yves Leterme, whose political carreer is one hell-right of soaring hights and depressing depths, will take on a function at the OESO from january 2012 onwards.

450+ days after the elections and with negocations one again threatening to fall apart in days to come, we now have to wonder how you replace a care taker prime minister who leaves the job he resigned more than a year ago.
Appartently constitution-writers never think of such obvious events when putting there thoughts down in writng.

Andy, I presume society continues to function without a government?

That sums it up quite correctly indeed.
And saying we're without a gourvernment isn't even really accurate: we don't have a fully fonctional gouvernment at the federal level.

There are some technical difficulties - the nomination of higher civil servants, magistrates and such can not be effected by the care taker gouvernment.
But the very notion of 'care taker gouvernment' has also be substantially expanded because of the endless negociations - we even went to war against the Lybian regime to name just one thing.

And yet it cannot be denied that a fundamental climax in our existential crisis has been reached.
When I started a thread called 'Will Belgium cease to exist' some time ago, I did so without actually believing - or even hoping - the end of this nation. It seemed to me a notion for unrealistic extremists which could not possibly be executed because of the technical difficulties that underlie our state structure.

But if negocations should fail now once again, and at the moment that seems very likley, it's hard to see how anybody could still believe in the viability of this construction.